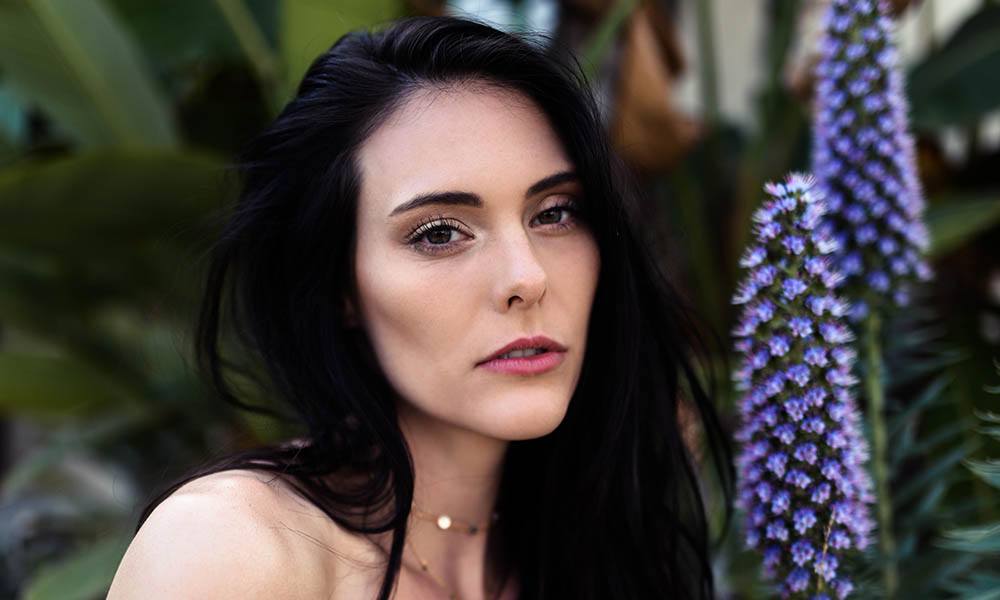 Don’t burn yourself out – remember that ambition and working hard is worth it, but you have to sit back and enjoy your success and progress otherwise what are you doing all of this for?

Alex came down to Southern California four years ago from a tiny little mountain town up north near Yosemite to attend Cal State Long Beach as a full-time student studying Fashion Merchandising. She started her first online store at 18 which she sold a few years later and worked part-time/full-time jobs in retail throughout her years in college. Fashion has always been a huge influence and interest of her’s! Her senior project in high school was a Skin Cancer Awareness Fashion Show, in which thousands of dollars were raised for skin cancer research. Alex has always been inspired by creatives, photographers, videographers! As a full-time employee at a local boutique and full-time student (graduating Senior) at Cal State Long Beach, launching The Gypsy Shack was definitely not part of the game plan, but when her ship set sail she knew she had to hop on and just ride the waves. After having the application form go live, TGS had such great feedback and such a huge number of applications that they’re still, five months later, scheduling shoots and trying to work around schedules for interviews, projects, etc.

Where did the idea for The Gypsy Shack come from?

My roommate Iris and I started it as a fashion/food blog – in December of 2016, I decided to pull together all of the people that I worked with into a small network. I figured I could always use fresh/new talent or creatives so I threw an application form up on the site and within the first two months, I received 200+ applications! This launched The Gypsy Shack into more of a collection of creatives which I took on as the CEO when our LLC was approved in January of 2017.

Too many projects to keep track of! Currently my main focus in preliminary/test shoots for creatives who have applied to the team since we work with everyone before bringing them on board. I’m averaging 3-4 photo shoots a week personally, but The Gypsy Shack overall is averaging 5-10 photo shoots a week! Some of them being preliminary/test shoots, and others being collaborative shoots or projects that TGS is helping with in some way!

Depending on what day of the week, since I’m still a full-time student, I wake up around 6 am, try to respond to some emails, review my schedule for the day, make a HUGE mug of coffee and throw my hair up in a bun, squeeze into my favorite yoga leggings and toss on a tank top! I head out the door (laptop, notepad, and planner in hand), and get to class at 9:30 at CSULB. Right after class, I drive out to The Pacific Palisades where I nanny for a few hours a day to make ends meet. I’m off by around 7 pm and embark on the journey home (LA traffic is miserable), hit the gym for an hour and a half and then head home, arriving around 10 pm. !From there I set up my laptop and get back to email responses while simultaneously trying to complete projects and homework by the deadline. I’m constantly scheduling photo shoots, going on photo shoots, and facilitating/collaborating with photographers, models, MUA’s, stylists, videographers etc. If I don’t have school in the mornings I usually have a meeting or a photo shoot scheduled before work – NO FREE TIME. I like to keep every minute and every hour filled with purpose. If I’m driving to work I catch up on phone calls or touch base with team members, etc.

Luckily my whole team has the ability to create whatever it is that we want to create – if I have a great editorial concept, I have models, MUA’s, stylists and photographers at my fingertips! I just have to shoot a quick text, throw together a quick mood board, and we get something on the books.

“Real” body types taking on the fashion industry! I think it’s amazing that society is wanting real women in advertisements or marketing campaigns – no more strict guidelines on 6’2″ 125 pound models walking around, but rather we’re seeing un-photoshopped influencers/bloggers/models taking on the Aeri Real Campaign for example, and the huge amount of attention around a healthy and fit lifestyle! I think this is so important for our younger generations to have role models like Ashley Graham who embrace their curves and their cellulite and their stretch marks – someone who embraces being a woman.

I am a Type A personality – always keeping myself busy with projects or events, so there’s never a dull moment! This has proven to be productive because I’m always thinking up new ideas, or networking at different events/launch parties, etc. to keep myself busy.

Don’t burn yourself out – remember that ambition and working hard is worth it, but you have to sit back and enjoy your success and progress otherwise what are you doing all of this for? Things happen when and how they’re supposed to!

Never give up – sometimes you have to email 50 companies to get 3 responses. But, by doing so you now have 3 new connections! It won’t always be easy or handed to you. You have to go out and grab or make your own opportunity.

Appreciation and gratitude for my team members! Seems like a silly and simple strategy, but having been an employee I’ve had the chance to really focus and take note on what I did and didn’t like in means of my employers behavior; I wanted to make sure that when I started something or had people who were working “under me” I treated them with respect and that they felt that they were a part of this. That they weren’t just another person on a roster, but that we’re a team working together. I make sure to thank everyone who helps me, whether verbally, a text, a note, an email, or a letter. I want everyone to feel appreciated because and I think that when you’re a part of something where you’re valued, you want to stick around and work hard to stay there!

Not necessarily a failure but an area of weakness – I don’t know how to do everything. If I did, I wouldn’t need a team or a group of people who can create unique content. I saw that I had a great vision and ability to bring people together, so for the areas where I’m not as strong, I asked for help. I found people that could fill in where I needed them to so that we were the most efficient and cohesive we could be!

As a shopping addict, I’d have to say my snakeskin boots – not only are they rad but they give me that boost of confidence I sometimes need when heading out to a business meeting or event of some kind. You can take on anything in some bad-ass boots!

Instagram – it’s how TGS has gained most of its members since it acts as an amazing networking tool. You can DM someone and immediately have access, now they may not respond, but it definitely gives you a potential opportunity for that connection.

“There is no such thing as a bad day, only bad moments.”

I would have established a small team to help me in the launch of the company so that we had a more solid foundation/outline starting out.

Dani of Dazey LA – she’s a forward thinking lady boss who’s based out of LA. Dani took her graphic design freelancing skills and created an amazing company which sheds light on female empowerment and equality!

How do you balance family and work life?

Since my family is all up in Northern California I mostly rely on texts or phone calls to stay in touch. Since I do commute daily I have plenty of time in the car to call my mom and check in or see how my sister is doing with her latest job etc. Social media (Facebook, IG, etc.) also helps me stay up do date on things my brother and sister are doing in Texas with their baby girl, or how my cousins are doing at school.