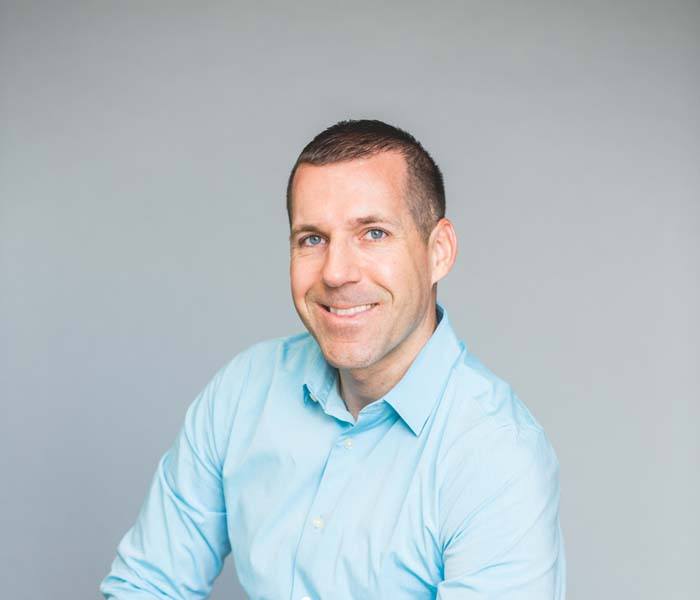 I always have a vision for how I want to execute my ideas. I plan it out accordingly, and then act on it. It all really comes down to action and sticking with the plan.

Andrew Machota is the CEO and Founder of New Town Connections (NTC), which is an exclusive social club for young professionals in the Tampa Bay area. Previously he was a CPA and recruiter working in the finance and accounting field. After attending countless networking events as a recruiter from 2013 to 2014, he continued to hear the same story from people he met: “It’s hard to make friends as an adult.” He got to thinking about how he could address this challenge—one that he had faced as well—and the idea for New Town Connections came to him. He quit his job in 2015 to start the business and has never looked back.

The youngest of two children, Andrew was born to an entrepreneurial family. His father, Gene, ran his own sewer and septic business while his mother Judy was an elementary school teacher and also president of the local teachers’ union. From a very young age, Andrew worked for his dad, learning the ins and outs of running a business. When his father passed away in 2008, Andrew knew that he had to do something with his life to leave a legacy and to make his father proud.

Where did the idea for New Town Connections come from?

The idea for New Town Connections (NTC) came from my own personal experiences of moving to various cities around the globe and having a hard time meeting other like-minded people. I tried online dating, playing intramural sports, volunteering, networking events, salsa dancing, and anything else you can think of. It wasn’t easy, for starters, and doing all those activities took a lot of time. On top of that there was never any guarantee I’d make friends with others – it was basically a 50-50 chance that there would be other people I’d get along with at whatever social outing I was doing. Eventually I had met hundreds of others who felt the same way I did and that’s where the light bulb went off that I wasn’t the only one who was struggling to meet other like-minded people who had similar interests. And that’s when I quit my job as a CPA to start NTC. This has led to major growth with NTC, as well as the release of my book “Friend Request Accepted: Connecting in a Disconnected World”.

I like to mix it up so I can’t say any day is typical, but I usually wake up at 6:30, drink 16 oz of water mixed with fresh squeezed lemon, meditate for 15 minutes, and then get my day going with breakfast and emails. I’m a big planner so usually on Sunday nights I plan my week out as to what I want to accomplish and how I’m going to achieve those goals. Every day is based around priorities – in particular what activities are going to make me money. As such, I try to limit the activities that are time killers, like responding to emails (take care of those first thing in the morning and only respond to ones that are deemed urgent during the day). Usually around late morning or lunch time I’ll squeeze in an hour at the gym and then during the afternoon I set meetings. At night I’m typically either hosting events for NTC or attending other events to expand my social network. I’m rarely home in the evening Tuesday-Saturday as I’d rather be out making new friends and increasing my social capital than watching TV. In fact, in a given day maybe I turn on the TV for 15 minutes to catch the news and that’s it. For me, my time is best spent doing things other than planting myself on the couch and binge watching some show on Netflix.

I like to think about the experiences people want to have and then I find a way to go out and make them happen in real life. To do so is all about execution. People can have many ideas about anything. But if you don’t execute them, then they’re just an idea or a dream. I always have a vision for how I want to execute my ideas. I plan it out accordingly, and then act on it. It all really comes down to action and sticking with the plan.

I can’t wait for self-driving vehicles. Imagine how much more productive we can be if we add in another 5+ hours per week in time we spend in the car where we could be doing something else?

My planning and time management skills. I squeeze a lot into every single day because my days are well planned out with little wiggle room to just “wing it.” I can accomplish a great amount in 16 hours because there is little time wasted throughout the day.

Stop caring what other people think of you. You’re your own person and you need to own it.

It’s actually pretty easy to make friends – you just have to go out, smile, introduce yourself, shake a lot of hands and be able to hold a conversation.

Keep on grinding! And having a positive attitude. Being an entrepreneur is not as glamorous as it sounds. There are highs and lows every week but as long as you keep on pushing forward, sticking with your vision, and believing in yourself, good things will happen.

People crave experiences and that’s my job to come up with creative, new ideas every single week to feed their appetite. By being on the front end of new events and experiences, we are able to stay ahead of everyone else and keep things fresh, which has helped us continue to grow year over year.

Being overly optimistic or having tunnel vision in that I only see things going one way – up! Sometimes that’s not always the case and to overcome that I’ve had to adapt, change quickly, and shift my business model around more than once. If you’re not quick and flexible, you’ll have a hard time being successful.

I would like to see someone come up with affordable housing solutions in big cities for entrepreneurs and other young professionals who want to be in all the action but can’t afford it. Here in Florida we really haven’t seen much in the way of this and I know there is a ton of potential possibly in the way of micro apartments, tiny houses, or something else.

I would say making a donation to a local charity. $100 doesn’t go that far these days and during the holiday season, I’d rather give that $100 to a worthwhile charity than spend it on a fancy dinner or material items.

I use an app called Text2Group – it saves me time when I have to send out massive amounts of texts to my friends or people in NTC. I can send out 500 texts in a minute versus sending out 500 texts one at a time.

“Pitch Anything” by Oren Klaff. It’s not just a book on how to sell, rather it’s a great book on how read people and respond to situations you find yourself in.

“If your dreams do not scare you, they are not big enough.” Ellen Johnson Sirleaf