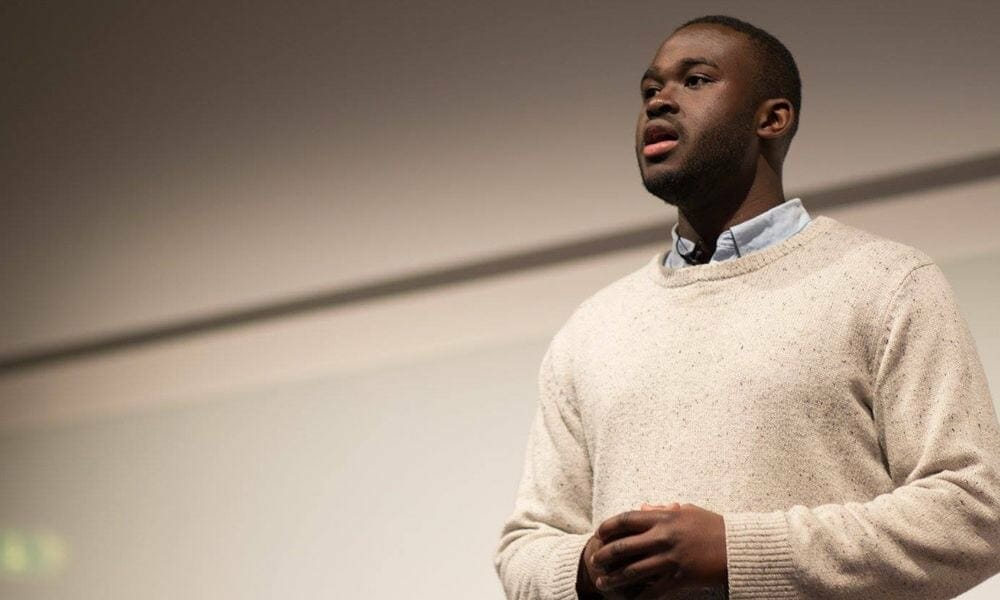 One good idea could take you to the next level. However, a good idea is hard to come by, and is often arrived at by implementing bad ideas. That is why it is so important to pivot.

Bisade Asolo is the Co-Founder of Mycryptopedia, a website dedicated to educating everyone about cryptocurrency and blockchain technology. The objective of Mycryptopedia is to function as a comprehensive resource for all cryptocurrency and blockchain related information, and to help individuals at all levels, further their understanding on various crypto-topics. Bisade Co-founded Mycryptopedia during his penultimate year of his undergraduate Law degree at the University of Warwick, soon after discovering Bitcoin, and realizing its potential as a decentralized peer-to-peer digital currency. After tentatively delving into the space, and joining the blockchain-based rewards platform, Steemit. Bisade decided to Co-found Mycryptopedia to properly get involved in this new and exciting industry.

Bisade is also a TEDx guest speaker and has delivered talks at English universities including: The University of Warwick, Cass Business School, and City, University of London. Topics of discussion have ranged from a primer on blockchain and cryptocurrency, to conversations concerning cryptocurrency regulation. Bisade also regularly writes about topical issues in the cryptocurrency/blockchain space and is a featured guest contributor for various cryptocurrency publications such as: Bitcoinist, CryptoCompare, Hacked, Hacker Noon, and CryptoAnalyst. Bisade is also a cryptocurrency investor, that has traded numerous digital assets, and also participated in various initial coin offerings (ICOs).

Where did the idea for Mycryptopedia come from?

The idea for Mycryptopedia came soon after I discovered Bitcoin and blockchain technology. I was really excited about the societal changes that this novel technology could bring, so most of my days were spent learning about this new and exciting area. However, I soon realized that a lot of information out there was scattered across numerous resources, which made it extremely difficult to learn about various developments happening in the space in a coherent manner. Mycryptopedia was launched to serve as a convenient place that anyone could visit to learn about cryptocurrency and blockchain technology.

I make sure to wake up as early as possible, which is about 6:00am. I normally make sure to plan the content that I plan to write for Mycryptopedia the night before, so I can start my day writing that piece of content. I then head to my local gym, to stay in shape. I also take this time exercising to think about the different ways that I could improve Mycryptopedia, and better serve our readers. After eating, and taking a quick shower, and answering my emails, I plan and write some more content for Mycryptopedia. I normally allot my evenings to work on my personal development, that means listening to podcasts, and reading books. Throughout my day, I am staying up-to-date with what is happening not only in the industry, but with my competitors. This allows me to identify any potential opportunities that I can capitalize on.

I stay productive by being intensely single-minded on the tasks that I am doing at any given moment. If I am writing content for Mycryptopedia, then I make sure to block out all potential sources of distraction so that I can focus at the task at hand.

Bringing an idea to life, broadly speaking, is about research, execution, and pivoting. In wanting to bring an idea to life, you need some sort of a reference point, which will involve a lot of research. I make sure to research everything that I can into the idea e.g. have my competitors implemented this idea? If so how can I make it better? What specific steps will I need to meet in order to bring this idea to life? I then go about executing the idea, making sure to do so with my conducted research in mind. It is most likely the case that something will go wrong in the execution phase, so being able to identify that problem and then pivot quickly is essential.

One trend that excites me is to see the growing interest that the cryptocurrency/blockchain space is receiving. This industry is still very young, so it is very hard to predict what will happen in 5-10 years’ time. The feeling in the air is very much one of a pioneering spirit, and it is great to be involved in the growth and development of this nascent space.

I make sure to set objectives for the day, the night before. This way, I wake up with a sense of purpose that ensures that I am hitting certain goals that are essential to having a successful and productive day.

I would tell my younger self to be A LOT more proactive. I always had a sense that the entrepreneurial path would be the one for me, but I never really sought out entrepreneurial opportunities that I could engage with as a younger individual. I say this because one important element that is needed to be a successful entrepreneur is “creating your own luck”. What might seem as a lucky break for your business, is really you being proactive enough to place yourself in a situation that allowed for that luck to happen.

This might be controversial, but I believe that higher education (University/college) is too highly coveted by society. A lot of people are going to university, get into a ton of debt, and then not even using their degrees/major in any meaningful way. Instead, I think greater emphasis should be placed on industry experience. What I think will happen in the future is a larger shift to a process by which higher education is skipped entirely, and instead, individuals choose to go straight into breaking into industries of their choice. However, I do recognize that some professions will require prior higher education qualifications in order to be suitable for a job role, so in some senses, higher education will still be very important.

I like to take time, at the end of my day, to reflect. I reflect on the positives and negatives of what has occurred in the past 24 hours or so. These thoughts can touch on my business, or even how I have interacted with various individuals that I have met that day. I do this because it is often the case that I can learn and improve from these thoughts. If I can grow as an individual, then this means that I am in a better position to bring about the growth of my business and social relationships.

Pivoting. One vital thing that I have learned in my role as an entrepreneur thus far, is that one’s success is largely due to their ability to come up with good ideas. One good idea could take you to the next level. However, a good idea is hard to come by, and is often arrived at by implementing bad ideas. That is why it is so important to pivot. I have managed to grow my business by implementing bad ideas, immediately realize that it was a bad idea, and then replacing that bad idea with a good one. You cannot expect to become a market leader in your area without ideas.

One failure that I have had was a manifestation of the “ideas mentality” that I alluded to earlier. What I thought was a good idea and would drive more traffic to Mycryptopedia actually ended up hurting the site. We saw a significant drop in traffic, and it was like we were back in square one. The best way anyone, including myself, can overcome failures is really by learning from them, and that’s exactly what I did. I worked harder to get us out of our deficit, and now we’re slowly getting back on track.

Within the cryptocurrency/blockchain industry, we have seen the emergence of initial coin offerings (ICOs), a novel type of crowdsource fundraising. Importantly, the ICO market is booming, approximately $5.6 billion was raised through ICOs in 2017. Individuals are eager to participate in ICOs, but they’re not really sure which ICOs are worth investing in. A business focused on analysing and reviewing ICOs, I believe, would be an interesting idea to pursue.

It wasn’t all that recently, but I invested some capital in the cryptocurrency market towards the end of 2017, when the market was booming, and saw some great returns on that initial investment. I made that investment because being involved in the space, it is clear to me that the potential of this space is far higher than is currently being reflected in the market.

Google Keep. Google Keep is a note taking application, and I find it extremely useful for writing down any thoughts that I may have. I will then read my notes at the end of the day and reflect on them. This process works for me because it helps me to filter through the countless ideas that I have, and also forces me to think about how I would go about implementing the good ideas.

“So Good They Can’t Ignore You” by Cal Newport. I like this book because it challenges a preconceived societal notion that we should follow our passion. As to why this might not be a good idea, you’re just going to have to read the book to find out why!

“Faith is taking the first step, even when you don’t see the whole staircase” – Martin Luther King Jr.

Don’t stop yourself from going down the entrepreneurial route just because you’re unsure as to if your idea will be successful or not. Just take the first step.