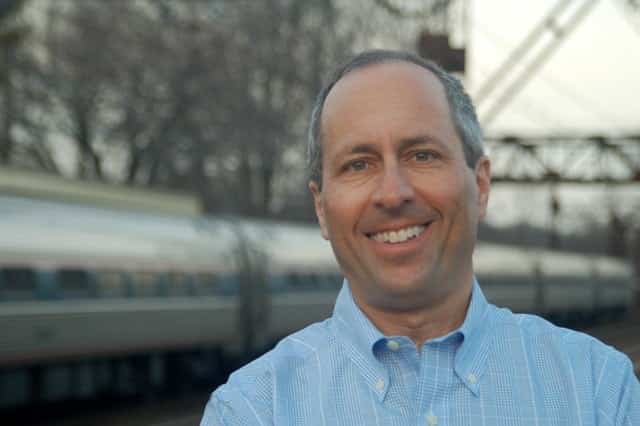 Bruce Kasanoff is a speaker, author and business strategist who helps companies profit from disruptive forces rather than fall victim to them. The Chartered Institute of Marketing–the largest organization of marketing professionals in the world–cited Bruce among its inaugural listing of the 50 most influential thinkers in marketing and business today. Bruce helps companies understand what comes next, and how they can leapfrog their competitors. His entire career has focused on helping companies leverage emerging technologies to better grow revenues and serve their customers.

He is the author of Making It Personal: How to Profit from Personalization without Invading Privacy (2001), a critically acclaimed book that predicted many of the innovations we see widespread today and that addresses many cultural issues. He has delivered marketing workshops, keynote speeches and training programs to a wide variety of organizations in 21 states and nine countries. His audiences have included executives, physicians, technology and e-commerce professionals, customer service representatives and entrepreneurs.

He has a strong track record of using innovation to power revenue and profit growth. In terms of entrepreneurial marketing, Bruce raised or helped raise $20 million for startup and entrepreneurial ventures. He served as a “marketing guru” for more than five years for 250+ entrepreneurs through the Birthing of Giants program at MIT. He also taught the capstone entrepreneurial course in the MBA program at Babson College.

Bruce was also one of the original partners of Peppers and Rogers Group, the founder and head of that firm’s training and research groups, the founder of the 1to1 newsletter that grew into 1to1 Media, and a speaker/trainer for professionals from hundreds of firms.

In the area of technology marketing, Bruce has helped technology firms such as HP, Oracle and Broadvision expand rapidly and grow their share of customers. In terms of  direct marketing, Bruce built a new line of precision-engineered model cars for The Danbury Mint, selling $20 million in the first three years and establishing a business that has been successful for 25 years. He also held direct marketing positions at Citibank and WGBH/Boston.

In the mid-1990s, Bruce was part of the Ogilvy & Mather team that restored IBM’s brand to a premier position. He ran the IBM PC Company direct marketing account, and then became the strategist for IBM in the interactive agency. Bruce earned an MBA at The Wharton School and has presented at Wharton, Yale University, New York University, Fairfield University and Babson College.

I’m making the case for the ideas in Smart Customers, Stupid Companies, my new book with Michael Hinshaw. We’re trying to get all companies, regardless of size, to act more like startups. This means embracing disruptive innovation and reinventing the way companies do business. We feel companies can’t act dumber than their increasingly plugged-in, intelligent customers.

Where did the idea for Smart Customers, Stupid Companies come from?

Two years ago Michael Hinshaw and I gave a webinar on disruptive innovation, and we woke up the next morning and independently emailed each other about turning the webinar into a book. It’s not that we invented anything, but we simply recognized–after each spending 15+ years watching companies use new technologies to automate old marketing practices–that companies had run out of room to drag their feet.

I have two modes: one for when I’m on the road with clients and one for when I’m at home thinking and crafting strategies. In the former, I’m with smart and talented people who think there’s something to the stuff we’re telling them, but they’re not always convinced that immediate action is essential–so this mode involves a lot of debate, discussion and proof points. At home, I try to distill complex ideas down to their essences so they are actionable. It basically involves me pounding on a laptop with three dogs sprawled around me.

A senior executive once told me I was the most intuitive person he had ever met. Ideas basically come to me. When this happens I construct logical arguments to support them. Most of what I do is pattern recognition, which means recognizing what’s going to happen a bit earlier than others.

The spread of digital sensors, which have the potential to make nearly everything act smart. They’re going to create more entrepreneurial opportunities than anyone can imagine. Just think: nearly everything around us has been “dumb,” and now everything will be smart–your toaster, car, house, garden, desk and even dogs.

I sold TV advertising in Portland, Maine. My territory was so far north that no one could receive the TV signal. I learned not to accept a bad job just to be able to say you had a job.

Create change. People always underestimate the degree to which they can change their realities–even CEOs. I have great difficulty accepting a situation I don’t like, so I go crazy trying to change it.

Starting a line of precision die-cast model cars. I abandoned our vendor (and started a factory) after nine months of development, even though that meant a year-long delay in being able to ship any models or generate any cash flow. But I made the judgment that doing so was the only way to have the business survive. It’s now 25 years later, and it is still going strong.

The biggest opportunity I can name is to serve as an intermediary between people and the sensors around them. There is a Google-sized opportunity for an entity to make it easy and intuitive for people to tell their stuff what to tell them, how to tell them it and when to do so.

I’d change our society from a zero-sum mentality (someone wins, everyone else loses) to a win/win mentality. Zero-sum thinking is the greatest threat to humanity. Changing it is really tough, because we are taught zero-sum thinking in every sport and competition.

When people ask me to tell secrets, I always lie.

I like that they all make my life easier and help me find experiences I enjoy but otherwise might miss.

Seriously? I’d recommend Smart Customers, Stupid Companies, because it will help you predict and profit from the future.

I am having the hardest time figuring out how to appreciate Twitter. It feels like drinking from a fire hose.

At Wanderlust in Vermont on Sunday. I was playing with a seven-month-old puppy and she was taking so much pleasure in ripping up the lawn and tossing it in the air with her snout. It made my eyes water.

I don’t have heroes, as I’m not really comfortable with glorifying people. We all are capable of heroic efforts.

We make the case that four disruptive forces are making customers smarter than the companies that wish to serve them, and that being dumber than your customers is not a sustainable business model. We argue that 25%-30% of Fortune 500 CEOs are running the next Kodak, but don’t know it yet. The time has come to stop automating outdated ways of doing business, and instead harness new technologies to deliver radically improved customer experiences.

Ten years ago, you wrote Making It Personal, which was about the future of personalization. How did your predictions hold up?

The best thing I ever did was put predictions down on paper. It makes my current predictions much more credible. Making It Personal is on Google Books, so take a look for yourself.