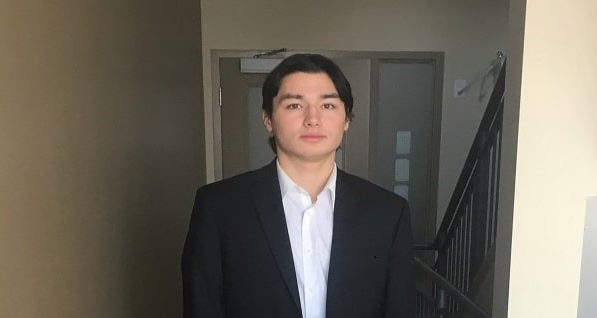 Founder and Chairman at Kariyo.net, Colum McGauley is an entrepreneur who is very ambitious and committed to growing his ventures to its full potential. Before Colum founded Kariyo, he was a hockey player for the majority of his life until he was eighteen years old, he competed in the Western Hockey League with the Kelowna Rockets and Swift Current Broncos until the burning desire of making it to the pro’s died out. Fortunately for Colum, as an old fire burned out, a new one began, thus kickstarting his desire to become an entrepreneur. Shortly after hanging up the skates, Colum traveled out to work with his brother, who was running an elite hockey and soccer skill program called Om Hockey Systems, where Colum worked as an instructor and a salesman. After several months working for his brother, Colum sent out once again to begin his journey of becoming an entrepreneur by traveling once again to Calgary, Canada where he started Kariyo.net. Throughout his hockey and instructing career, Colum has learned the value of hard work, persistence, and leadership that he puts into Kariyo.net and his personal goals every day. Colum hopes to one day become successful, so he can share and help others who don’t have the opportunity that he has had throughout his life.

Where did the idea for Kariyo.net come from?

The idea for Kariyo.net came from knowing a few talented independent contractors, who had difficulties finding work, so I created a platform originally for workers in their position, however it slowly branched out into different areas outside of just the working world.

I try to fit as much as I can in a day, not just business, but music, language, and exercise. This way I feel most productive and the momentum of productivity and finishing tasks lingers on into the coming days.

To bring ideas to life, I do my best to just take the next small step. This can be difficult because entrepreneurs, we tend to do 100-meter sprints when practicing for a marathon. In other words, we put all of our effort on our first few days, that burns us out for the rest of the journey. I find it helpful to take a few steps each day, that way we don’t rely so much on our energy, but on time. When it comes to reaching our goals, we have to remember it is a marathon, not a 100-meter sprint.

I think virtual reality is a trend that will very popular. I believe with advanced augmented reality, we will have the ability to use it, not just for fun, but for other benefits as well, such as learning new skills or languages, exercising, traveling, anxiety, etc.

A habit that helps me be more productive is going to bed early. I am aware that this might not be anything groundbreaking, but if I go to bed later than usual, it will be in my head that tomorrow morning will be more challenging than usual, which makes me mentally weaker for the upcoming day.

There are a lot of things I would tell my younger self, that there is a three-way tie. (1) Get rid of your ego (2) Be Patient (3) Listen. For young people that are shooting for the moon, it is difficult to achieve these three objectives, however, if one could accomplish these tasks at an early age, I believe their destination will find them, rather than them looking for their destination.

You literally don’t need anything. I’m sure you can see the reason, why no one would agree with me on this, however, I believe if one could not be dependent on anything or anyone, not even their own optimism, they can achieve a zen-like state, in which no matter what tragic event happens to them or to the people they care about, they won’t be affected by it.

Communicate as much as possible. Whether if it’s through email, phone calls, social media or face to face, constant communication is never a bad idea. Even if it is not business-related, getting used to communicating with strangers helps so much with entrepreneurship, because being an entrepreneur is about putting yourself out into the world and what better way to do that, then constantly communicating with the world.

Sales. There is no specific strategy that will work for every entrepreneur, as there are many different enterprises, however for me, selling to potential clients is the most efficient strategy. Selling, whether door to door or on the phone, is a very old school tactic that works wonders when done right, however, to become an expert at selling come’s with the memories of unanswered phone calls and doors being shut in your face.

A big failure for me was in fact selling. Even though I worked as a salesman for my brother in for a few months, selling is an art that is best taught through years of experience. There aren’t many things in life that will bring you down more than being rejected over and over again. Constantly embarrassing yourself on the phone or face to face in front of someone else makes you think so little of your skillset as an entrepreneur, however, once this skill is mastered, there is nothing that can stop you from growing your business.

This is not so much as an idea, as an opportunity for an idea, but I believe creating a new product that cleans teeth, as well as the dentist, could have a huge market. For so long people have been using toothbrushes and floss to clean their teeth, yet every six months or so they still have to spend hundreds of dollars for dentist appointments. If one could create a product that people can use from home that fixes teeth, as well as your local dentist than everyone with a set of teeth, will purchase it.

The best $100 I’ve ever spend has to be on a handful of books I purchased at a bookstore. The best part about having books, especially as an entrepreneur is that whenever you’re in a tough situation, it’s so convenient to just open a chapter that can solve your problem in a matter of minutes.

I like using Quora.com. Not so much for posting ads or anything like that, but for answering customers’ questions or potential customers who are looking for something that my business may provide. It is an opportunity gold mine.

There are so many good business books out there, that not only contribute to one’s entrepreneurship career but with their life as well. However, one book in particular that stands out to me is “Extreme Ownership” by Jocko Willink and Leif Babin. I chose this book because it is both applicable to daily life and business life, this is a book that has changed my mindset towards anything that life has thrown my way in the past and has prepared me for what it will throw in the future.

“When your 20, you care what everyone thinks about you, when your 40, you stop caring what people think about you, when your 60, you realize nobody was thinking about you at all.” – Winston Churchill. This quote won’t make you want to blast rocky music and run for three days straight, but it is a quote that one can say to themselves, before being in an uncomfortable situation or making a big decision.