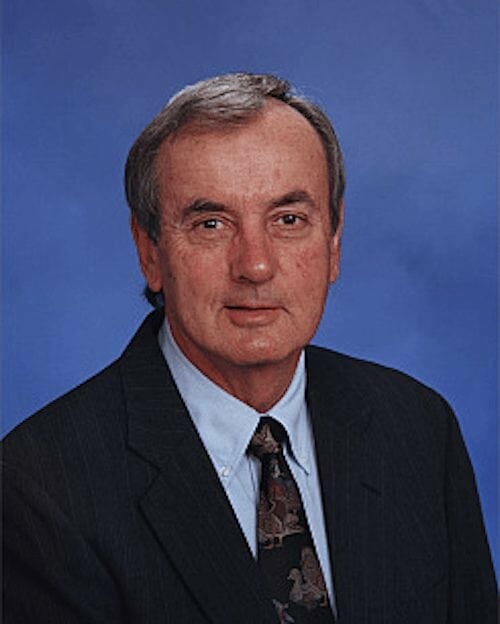 There’s more to life than work.

Robert Heidersbach is an engineer, forensic consultant, former professor and author who has amassed nearly five decades of experience in the fields of corrosion and metallurgy.

Robert currently serves as the president and founder of Dr. Rust, Inc., which was originally established as a company to do contract work for NASA. In addition to his work with the government’s space program, Robert Heidersbach consults for a variety of other clients who need advice in the areas of oil and gas production, aerospace equipment, military hardware, construction, litigation, and failure analysis.

One of the most notable aspects of Robert’s career is the fact that his work has taken him all over the world. Aside from his 16-year stint as professor and department chair at California Polytechnic State University, Robert brought his passion for teaching oil and gas related corrosion courses to five continents. Recently, Robert Heidersbach has taught students and clients alike in countries like in Brunei, Colombia, Indonesia, Japan, and more.

Robert Heidersbach enjoys the opportunities he has to explore the world while educating and connecting with others about a topic he loves. That’s why he published “Metallurgy and Corrosion Control in Oil and Gas Production” in 2011, which is based on his experiences teaching new engineers around the world the need to understand how metallurgy and corrosion control affects the oil industry. The book provides a general understanding of how and why corrosion occurs and the practical approaches to how the effects of corrosion can be mitigated.

“Most of the subjects covered in this book have been suggested by participants in classes I have taught worldwide to industrial audiences,” says Heidersbach. “During my career as a professor, I tried to bring into the classroom the lessons taught to me from these industrial courses and from my consulting practice.”

Where did the idea for Dr. Rust come from?

I did some work for NASA, and they don’t like to contract with people–only companies. So I incorporated. In addition to local work at the NASA Kennedy Space Center, I have worked around the world as a metallurgical engineering and corrosion consultant.

There is no typical day. I may be crawling around a marine terminal in Alaska, Peru, or Brunei, or sitting at home in my “office” working on a consulting report or writing/rewriting a book.

As an engineering consultant, my clients bring problems to me, and I use my worldwide technical contacts to try and come up with practical answers.

Several years ago in Indonesia I met a young engineer who wanted more experience, responsibility and adventure than his international oil company would provide. He moved to Qatar in the Persian Gulf and started a LinkedIn discussion group on materials and corrosion. That group now has over 50,000 members–and we learn lots from the experience of people on other continents that we will never meet. THE WORLD IS SHRINKING–or, as Thomas Friedman has published, “The World is Flat.”

I get up early in the morning, just like when I was in the Army. You can get a lot of thinking and work done before the telephone starts ringing.

There’s more to life than work. I’ve had to learn this is recent years, and I wish I had learned it earlier. My son is doing a better job of being a father than I did, and I hope I’m being a better grandfather than I was as a father. My parents never outgrew the Depression, and I hope that I am finally learning to do so.

I consult, primarily for attorneys, on corrosion in concrete. I can demonstrate that cracks cause corrosion, but many “authorities” claim it’s the other way around. After 40 years of tilting at this windmill, I still convince anyone willing to listen–but they are relatively few.

You can never know too many contacts, and you always need to be a potential contributor to their interests. Sometimes you get a return on this effort, but you never know from where, so it’s important to be “the best friend/contact” you can be to as many people as possible.

As a consulting engineer, you need to have publicity, and publishing and presenting–at meetings and on the Internet–is one way to go.

I started out paying 35% corporate income tax until hiring an accountant and switching to an S corporation. Wasting my time on taxes was a fiscal mistake and a time sink that I am glad is behind me. You should consider contracting out those tasks that aren’t part of your core business.

Find a way to help the environment that also makes your client money or saves them money.

Taking my daughter and her husband to dinner the last time I was in town on business. The next generation is awesome, and you can learn a lot from them IF YOU WILL JUST LISTEN. BTW they live in Houston, and they are having problems with Hurricane Harvey as I type this.

I spend a lot of time on LinkedIn learning about problems that others are having–it helps me and my clients.

“In Search of Excellence,” by Peters and Waterman has been the best leadership guide I have found, The idea of placing the maximum responsibility at the lowest competent level and rewarding those who produce is great advice. I think I was taught (at least they tried to teach this) in Army ROTC when I was too young and inexperienced to appreciate it. Decades later one of my employees went to a seminar based on the Search for Excellence ideas. She came back and told me that she now understood what I was trying to do and why I almost never told her what was needed–she was too good to need supervision.

Edison supposedly said “Genius is one percent inspiration and ninety nine percent perspiration.” I mentioned that at the start of a university class I taught and years later a student in that class told me that’s what he remembered and found most useful.