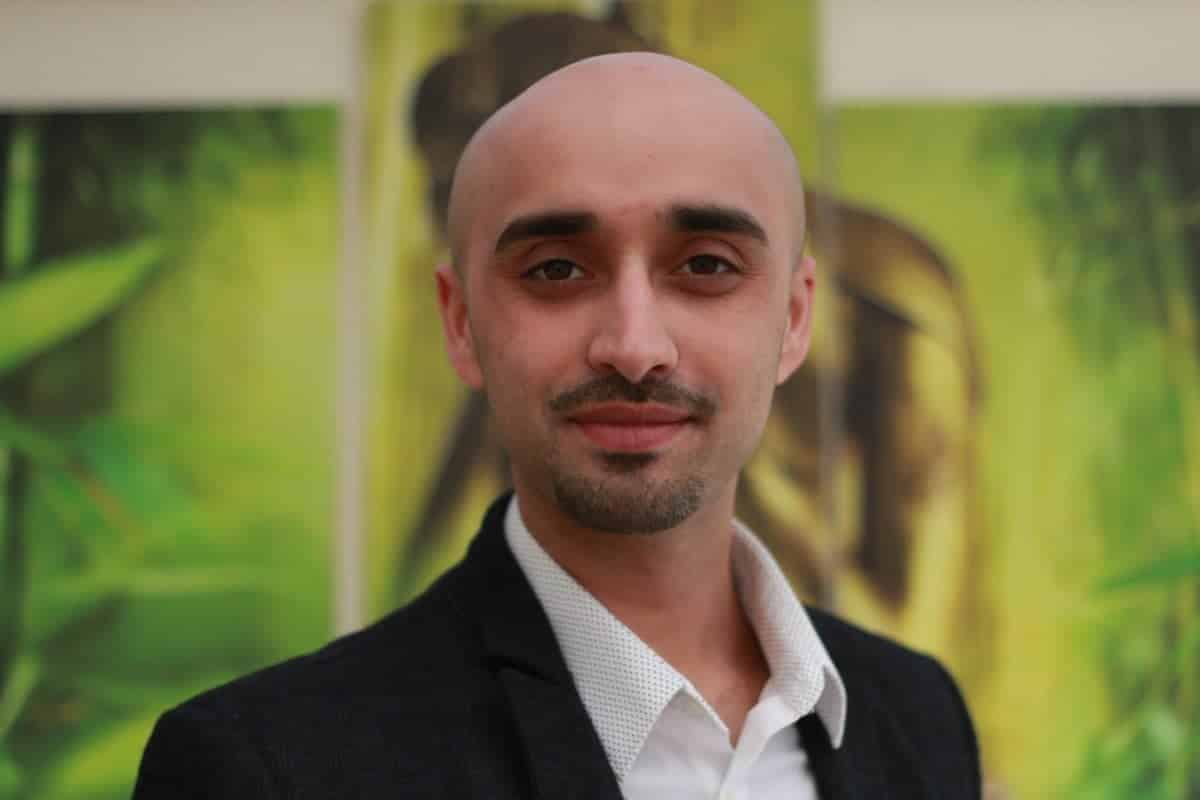 Take a risk. Go out there and TRY out your ideas and do it on a small scale first but never with anything you’re not prepared to lose.

Saj Devshi is an entrepreneur and founder of Loopa Revision, a provider of educational resources for schools, students and parents across the UK. When he’s not working on his next big idea, he’s a husband and father first.

Where did the idea for Loopa come from?

The idea for Loopa  came when I created a pack of resources for other students and posted them publicly for free to use. The feedback was immensely positive and it was at this point I realised there was a need for educational content at a lower price point that wasn’t being met. I spent the following 9 months locked in a room creating more revision packs and they too proved really popular.

My typical day consists of being sat in a room researching the current GCSE and A level subject’s being taught in schools and colleges. We then sit and create content that meets the syllabus for them. If I’m being honest it can be incredibly tedious and boring at times but the good thing is I can work from anywhere so the environment can be different and of my choosing. I can sit in a quiet library or I can sit in a bustling Starbucks with a latte in my hand which is nice to be able to do.

A lot of it is through testing on a smaller scale first to see if an idea is workable. For example, the site started off with just 1 single revision pack initially and we then promoted this pack to teachers and students.. This was through a small email campaign as well as posting in some teacher and student forums. The response was positive so we then expanded this on a bigger scale reaching out to more teachers and schools via social media (Twitter, Facebook AD’s) and targeting school websites and their contact information. This worked as hoped so we always test on a smaller level first before investing any significant resources.

Working in education, I would say the most exciting trend at the moment is how VR is evolving. The potential is huge for learning I think. Imagine teaching doctors how to operate on patients using VR as an educational tool. It has the potential for training in so many areas, airline pilots, deep-sea exploration using drones, even applying it to google maps to explore parts of the world you’ve never been through the comfort of your own home! I’m especially excited about the potential it has for gaming (as a gamer myself). I think this could really make gaming even bigger than it already is.

I’m not sure if I could call it a habit but definitely, the thirst for more knowledge is something that’s made me a much better entrepreneur. Whereas most people finish their job and put on Netflix or relax with a beverage, I’m always online trying to learn about new things or tools that could make me better at what I do. This habit/trait of mine has helped me go from not knowing anything about web design to creating and running an online business to becoming pretty good at it. I also feel more confident that I could turn more of my ideas into practical solutions because I’m keeping myself up to date with the tech that’s out there that can help you do this.

The best advice I would give is to not fear failure. Even from failure, I’ve learnt some of the best lessons so I would say that I recognise now that being an entrepreneur is a process more than a destination. You’re learning all the time, sometimes you’re certain ideas will work and they don’t and other times the ideas you think are duds turn out to be pretty good. I never thought Loopa would work as well as it has but here we are.

Something I firmly believe which I find many people don’t is that you are the master of your own fate. People like to make excuses sometimes that they have been dealt a bad hand, or other people have a greater advantage and while this may be true in situations, you always have it within you to change this if your will and determination is great enough. Every successful entrepreneur knows this – look at the message Gary Vaynerchuk preaches; it centres around this notion completely and people don’t like it because it means they have to take responsibility for failure. This is probably the secret to success too as once you accept that you can change things and it is within your power, you try so much harder until you do succeed.
I’ve found a lot of people disagree with me on this but I like to believe its internal factors about a person that determines success, not external.

Take a risk. Go out there and TRY out your ideas and do it on a small scale first but never with anything you’re not prepared to lose. You are going to fail miserably at various points, that is definitive but it’s about how hard you fail. If you bet everything and fail that could wipe you out. If you try on a smaller scale and fail, you live to fight another day and I would always argue this is the better option. If your idea is going to work, you will generally get some positive feedback and it gains some traction, enough to warrant further efforts. If it doesn’t and you’ve given it everything, then you need to learn to cut your losses and live to try again. This is the mindset I always use.

A good strategy, especially for a new startup, would be to undercut the competition in every way, especially in price. People love to buy things for a low price and it is arguably one of the biggest factors in the buying process for them. When created Loopa Revision, we were new and there was no way we were going to be able to compete against other resource providers coming into the market. So what we did is we gave our resources away at no cost at first.

The resource packs we had spent hundreds of hours creating, we gave away for free to gain traction. We started an email campaign letting schools know about this having compiled a list of targets to approach and after 8 months of this, our traffic was consistent enough that we could start to charge a small fee which was still less than our competition. At this point, schools and various sites were linking to us as we were considered such good value that people didn’t mind paying for our products. The rest is history. The “freemium” model, as I like to call it, is a great way to enter a market.

Loopa was the third online attempt at creating a business that worked. I had about 2 others which failed miserably. One was a dropshipping business and another was a crowdfunding website that was an alternative to Groupon but for products instead. Both failed miserably because they offered no real value that allowed us to be distinguished from the competition. We overcame this by addressing this issue of offering value; we created a product people actually needed and wanted rather than trying to create a business that we then had to try and sell the idea on..

Being an entrepreneur is about trying something and that you think either people will come to you to buy (because your product is a must-have product) or then trying to sell people on the idea that they need it. Creating something people will want to come and buy from you is always going to be easier and this is the mindset we used when creating Loopa and it worked far better this way for a startup.

I spent this money to buy a hosting plan and a domain name to experiment. If I had never done that and started this process, I would never have created Loopa and be as content as I am in myself as I am now. It’s helped me on a personal scale massively for my confidence as I’ve learnt that you can turn ideas into reality but you just simply have to try and take the first step.

The best piece of software I’ve been using recently is – This is a fantastic email outreach software that makes prospecting so much easier. Before I would spend hours manually crafting emails whereas this has made the whole process so much easier. I compile a list of potential targets to approach in a spreadsheet, load them on to Lemlist and start a campaign and literally just wait for the responses. The potential is huge.

“How to win friends and influence people” by Dale Carnegie. This book is fantastic especially for people that want to become influential within their social circle. It helps you understand how to put your points across in a way that’s going to get people to agree with you and come to your way of thinking. It teaches you to be more likeable, respected and listened to, all the qualities an entrepreneur will need to help people their your vision..