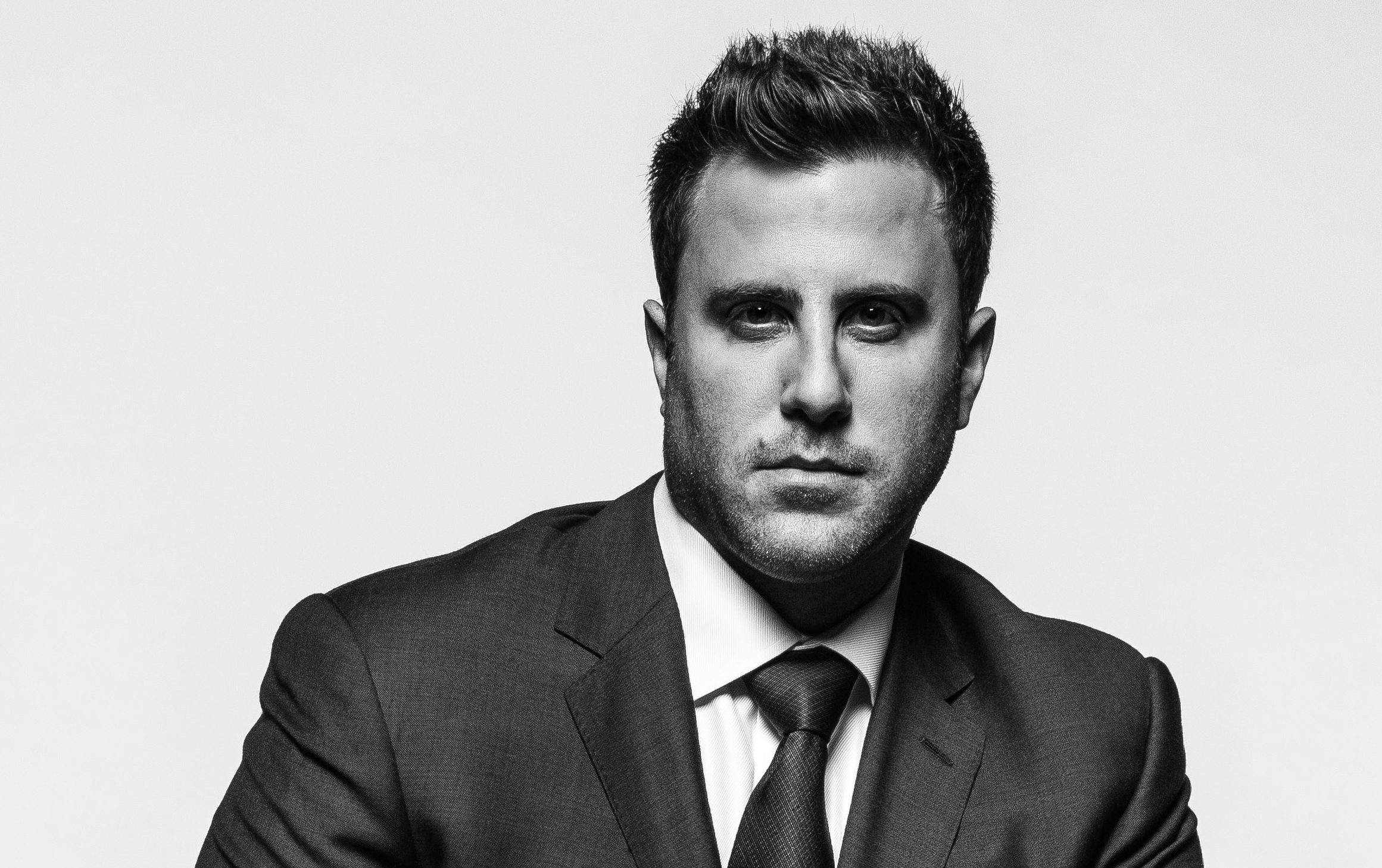 Organization is key. Your mind is like a closet — if it’s not organized, it can’t hold as much. Organizational skills are so important to being able to store more and do more.

Todd Leebow is an American businessman, philanthropist, and investor. He is the current president and CEO of Majestic Steel USA, a steel service center with operations throughout the continental United States. He is also the founder and visionary of Majestic Universe Ventures and Investments (MUVI), a diversified holding company, and Felux, a technology-driven industrial marketplace platform spun out of an internal working group at Majestic Steel.

Leebow is a staunch advocate for American-made steel. Since 2017, he has spent substantial time in Washington, D.C., to lobby in support of American steel manufacturers and service businesses. Leebow favors public policies that promote the fair trade of steel.

Leebow graduated from Orange City Schools, a Cleveland-area public school system, in the early 2000s. He then moved to Miami, Florida, to pursue a degree in business and entrepreneurship at the University of Miami. Before graduating, he relocated to Los Angeles and launched his own film production company.

Leebow returned to Cleveland in late 2007. Shortly thereafter, he joined Majestic Steel USA in a leadership position covering supply chain management and innovation. In 2012, he succeeded Dennis Leebow in the roles of president and CEO, becoming only the second individual to hold those titles at Majestic since the company’s founding in 1979.

Core to this transformation has been Majestic’s dynamic internal culture and targeted investments in data and technology. In recent years, Leebow and his in-house technology team have developed several new products for customers and associates. These include the Core Report, a weekly fact and trend sheet for steel buyers; Unravel, a mobile app that illuminates the total cost of steel ownership; and MHub, a web portal for customers to manage their steel spend and inventory. These differentiators have strengthened Majestic Steel USA’s value proposition and helped the company attract top talent.

Where did the idea for Majestic Steel USA come from?

Majestic was my dad’s creation. The name “Majestic” comes from Majestic Prince, a horse who ran in the Kentucky Derby and Preakness Stakes but fell just short of the Triple Crown. My dad loved the story of an underdog who continued to run despite challenges. Going farther back in history, my great grandfather started a steel company called Baldwin Steel out of Jersey City, New Jersey. My dad worked there until they sold the company; later, he struck out on his own and founded Majestic Steel USA. At the beginning, the goal was to sell high-quality steel inventory into the construction market. Over the years, Majestic has evolved into what it was today — a national steel service center.

I don’t really have a typical day. I prioritize each day around two guiding lights: timeliness and value. Most of my solitary, independent work happens outside regular business hours — nights, early mornings, and weekends. Workdays are generally reserved for meetings and working sessions with other people, laying out my strategic vision for my various business ventures, building teams, checking in on execution, and generally making progress each day to reach the objectives I’ve laid out. At Majestic, we have a culture that is results- and values-driven. That’s embodied in our core values: Trust, Integrity, Continuous Improvement, Knowledge, Enthusiasm, and Togetherness — TICKET, for short. Togetherness is particularly important — our company motto is “We Will.” We’re also oriented around what we call the Five P’s: Positivity, Prioritization, Productivity, Progress, Performance. Each has a meaning: If you’re not positive, you’re already starting out on the wrong foot; if you don’t prioritize, you’re not going to focus on what matters; productivity requires efficiency; progress is all about moving things forward; and, at the end of the day, you’ve got to perform.

I call it the “Majestic process.” It begins with a brainstorming session, where the goal is simply to get ideas out there. This part of the process is all about creativity, with zero restrictions. We develop the best ideas into a framework, develop an actionable plan and, from there, it’s all about execution. My film production background informs the Majestic process — it’s all about producing, about bringing the best ideas to fruition.

I’m really heartened by the culture of innovation I see taking root at businesses across America. Leaders who foster true cultures of innovation at their organizations have the opportunity to build enterprises that are truly timeless. On a personal level, whether it’s at Majestic Steel USA or the other ventures I’m involved in, what excites me is the opportunity to build companies and cultures that stand the test of time — that are sustainable in the true sense of the word. “Sustainability” is a buzzword now, but when you think about what it means at its core — the sustaining of life, product, business, community, country — it’s incredibly impactful.

Every day is a new day, so I start every day fresh. You could say I always reset at the end of the day and restart at the beginning of the day. This makes room for creativity, clarity, and ideas. Separately, but just as importantly, I always keep lists. Organization is key. Your mind is like a closet — if it’s not organized, it can’t hold as much. Organizational skills are so important to being able to store more and do more.

Resistance makes you stronger. When you’re with other people, embrace tough conversations immediately and don’t let issues drag out longer than they need to.

When I make a decision that affects others, I’m making it with their best interest in mind — even if they don’t realize at the time that it’s the best decision for them.

Focus on listening. You can learn so much from listening to others. When you listen to only one person or to no one but yourself, you don’t formulate an unbiased opinion. Think of it this way: If you’ve only eaten sushi at one restaurant, you have a biased opinion based on a narrow experience. If you’ve eaten sushi at the best of the best and the worst of the worst, you have a palette and know what you like. So, listen to everyone, even those you don’t agree with.

I’m relentlessly solutions-oriented. Even as I take calculated risks, I trust in myself to find solutions to the problems in front of me. If you believe in yourself, it’s okay to make a mistake.

My biggest failures came out of a belief that certain people had the ability to do certain things — then, based on that belief, putting them in inappropriate roles that weren’t good for them or for the company. At the end of the day, business is about people, and my biggest business mistakes have all involved putting people in positions where they’re not going to succeed. I saw them for what I wanted them to be, not what they were.

The idea itself isn’t as important as the approach: to go into an industry that’s been around for a while and embrace the challenge to reinvent it. Whether it’s making a pizza, or fueling your car, or flying people across America — find something you’re passionate about and disrupt the status quo.

The best $100 I spent recently was on a massage. I’m a big believer in self-care — if you don’t take care of yourself, you’re not in a position to take care of anyone else.

I wouldn’t be as organized as I am without my iPhone’s note-taking app. It’s nothing fancy, just the Notes app that comes with the phone, but it’s very important to how I order my day and keep track of my work. Without that app, I guess I’d have to resort to old-fashioned pen-and-paper lists.

I’d recommend two books: “Ten Commandments for Business Failure,” by Don Keough and “Start With Why: How Great Leaders Inspire Everyone to Take Action,” by Simon Sinek. In “Ten Commandments,” Keough tells you to learn from what not to do, because “what to do” is unique to your circumstances. In other words, there’s no right way to do business, but there is a wrong way. Keough is telling you that if you do these 10 things, you will fail.

I have two:
“There is little success where there is little laughter” – Andrew Carnegie
“Float like a butterfly, sting like a bee” – Muhammad Ali