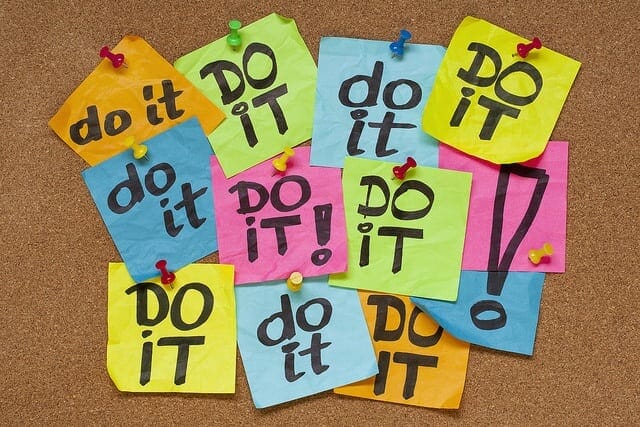 Are you feeling ready to ditch the corporate world to create something useful for a living? If so, you’ll want to check out these business ideas, shared by some of the men and women we’ve interviewed. And if you’re not into stealing, you might just find a potential partnership opportunity. Even if these ideas don’t rev up your entrepreneurial motor, they might inspire you to come up with your own timely concept.

2. Technology for those with disabilities

“My cousin is blind and has autism,” says Matthew Wallington, co-founder of CPUsage. “One thing I’ve realized is that there is a lack of technology and services for people with disabilities. Software like screen readers are years behind where they should be. There just aren’t enough people focused on building better products and services for people with disabilities. It’s a huge untapped market.”

“Build a better video dating site,” says Lawrence Chernin, founder of BrainiacDating.com. “Though YouTube is immensely popular, most singles online don’t have a clue how to make a video of themselves and put it online. A key issue is that video files are huge and hard to edit. Even a small video of a few MB would be such a huge enhancement for a dating site.”

5. A platform for wine aficionados

“Wine consumers that belong to clubs usually belong to 1-3 clubs,” says Paul Mabray. “A central platform to manage all their club activity (change of address, change of credit card, etc) that cascades through to the wineries would be a useful tool. Moreover, that platform could be an awesome comparative engine for people looking to join new clubs (what are the benefits, how often, shipping costs, etc) and have user generated reviews on club experiences.”

“I think there’s a huge market in peer rental projects, like when people rent out college textbooks to each other,” says Chris Brogan, president of Human Business Works.

“I wanted to open a gentlemen’s grooming salon,” says Ruta Fox, CEO and president of DivineDiamonds.com. “I think there’s a great potential in a salon that exclusively is devoted to men, in smaller markets of the U.S.”

“As a parent, I am dreading the day when I have to give my kids a cell phone,” says Rikard Kjellberg, co-founder and CEO of IngBoo. “Parents need a mobile device remote control, an operations center if you like, where you can check on their location (on a map of course), check what calls they have made, apps they use, if they are texting while moving fast (i.e. driving). You should be able to turn on and off all functions at will. The best function would be the speaker function. At anytime, I should be able to access the speaker of their device and be able to talk, shout or scream. Obviously, the kid shouldn’t have any way to turn it off other than pulling the battery perhaps.”

“I’d like to see a natural electrolyte product, like Emergen-C, but without the fructose and maltodextrin, says Laura Trice. “To my knowledge, there is not a sports drink or electrolyte packet that both tastes good and has natural, wholesome sweeteners.”

“I don’t know if this qualifies as an idea quite yet, but the other night I went out to dinner with about 10 people and when the bill came no one had cash—everyone wanted to pay with cards,” says Tom Stewart, creator of Salsabol. “So we went around and collected 10 credit cards and handed them all to the waitress with separate amounts to be paid for each. This, I think, is a classic opportunity for an improvement. I just have no idea what it is! Somehow, people should be able to pay with cards without the hassle of tallying amounts and giving them all to the waiter or waitress.”

“Like most parents with teenagers, I’ve told my sons that if they, or someone they’re with, has been drinking, to give me a call, and I’ll pick them up no questions asked,” says Court Crandall, executive creative director at WDCW. “While they nod along every time I make this pledge, my fear is that they won’t actually call me when the time arises. So I came up with an idea to create prepaid taxi debit cards. The way it would work, is that parents put a hundred dollars or so on the card for their son or daughter, who now has the ability to get a ride home anytime, anywhere without the embarrassment of mom and dad showing up in the family wagon. It seemed like a win-win for both parents and taxi companies. Unfortunately, I contacted MADD and they said they couldn’t advocate drinking in any way and the local cab companies were leery of my motives. If one of your readers can bring it to life, there’s probably a way for them to make a profit and save some families a lot of unnecessary tragedy. I’d like that.”

“A veritable gold mine exists out there to the person or company who can allow consumers to purchase timeshare as opposed to selling it to them,” says Lisa Schreier, founder of Timeshare Insights. “Make timeshares a sought-after product and you will win!”

“One huge opportunity that I see is to develop an easy way to create graphics that actually look good,” says Laura Roeder, founder of LKR Social Media Marketer. “Graphics are a huge stumbling block for small businesses–the software is expensive, and you really have to be a designer to make them look nice. Apple has done a great job with Keynote, creating templates that are so well-designed that anyone can make a great-looking presentation. Someone needs to do the same with basic web graphics.”

“There are so many landlords out there, myself being one of them,” says Derek Johnson, founder of Tatango.com. “There needs to be an online tool for landlords to collect rent, receive work orders, post messages, review contracts, etc. If anyone takes this idea, all I want in return is 30 percent equity.”

“In hospitals nurses are often short-staffed and find themselves running from patient to patient even for small things,” says Julie Austin, inventor of Swiggies. “What if patients could have something like Skype in their rooms and they could call the front desk for non-emergency questions? The nurse would be able to see them and the patient could see the nurse. If they could see the patient, instead of just talking to them, it would be much more helpful in solving their problems.”

“Build a health club based only around high-engagement activities that inspire joy and co-creation of group movement experiences and eliminate everything that is repetition-based or does not intrinsically require novelty and intense bursts of attention,” says author Jonathan Fields.

“If someone could make an app that made trading stock and playing the markets as easy as buying shoes or online betting—and by that I mean understandable in two minutes by someone like me—they would be hugely successful,” says Lee Marshall.

Interested in finding more business ideas? Browse our interviews! We also recommend taking a look at PUBLIC SCROLL—developed by Andrew Rachmatovas—which is an online space where digital ideas become available for brands to acquire for their next project.