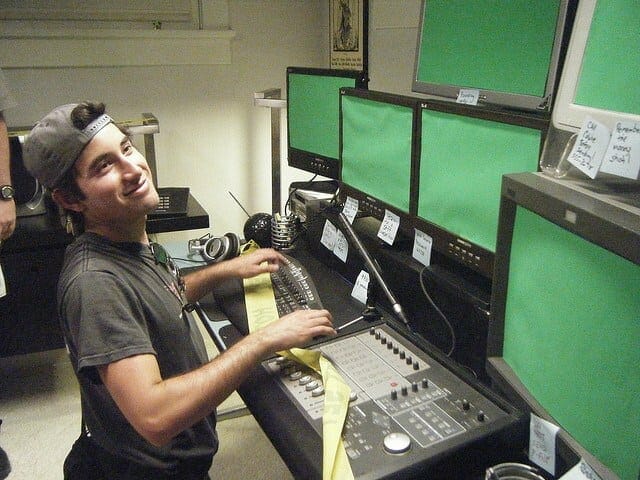 We have all had at least one bad job in our careers. It happens to everyone, its not because we consciously choose a bad job, sometimes things just don’t turn out the way we expect them to.

These bad jobs are not a complete waste, in fact they are often times great learning experiences that can catapult us into a careers we truly love. They say its always the darkest before the light, and in this case that is definitely true. Often times it takes a bad experience for you to realize what you truly are meant to do.

Also please don’t be offended by any of them. What might be the worst job to some, can be a dream job for others. And vice versa.

1. Being a Production Assistant

This seems like a decent job, being an unpaid production assistant in LA isn’t so bad right? Well in this case the job taught Jordan Metzner that he was better at being his own boss. His experience as a production assistant ultimately led him to start his own Burrito Restaurant upon graduating college.

Being a Coffee Farmer in Costa Rica doesn’t sound too bad. You get to work outside in tropical Costa Rica and grow much needed coffee for us entrepreneurs. Steve Blumkin might disagree, while working on the farm he was given the task of fixing a sewer line gas release valve. 16 hours later the pipes leading to the septic tank had exploded! With little sympathy from his associates he was left cleaning up the mess all by himself. “It was a rough job and a smelly one” Steve adds. Steve gained a valuable insight from this work that was applicable to anything he might undertake in the future. That lesson was, if you don’t know how to do something, consult someone who does. “Always seek advice of someone who has experience” adds Steve.

Stacy Juba’s worst job lasted only two weeks! She was hired on as a marketer for a company, and just days after she was hired, the supervisor who hired her was laid off. Stacy asked to be laid off, possibly the best decision she could have made. The next 4 months of her unemployment taught her to use her time productively. “I buckled down and finished a complete manuscript for my mystery/suspense novel Twenty-Five Years Ago Today, and started submitting it to agents” Stacy writes. It was this experience that taught Stacy that she had the self-discipline and desire to make it as an author.

“I was a trained EMT, full of energy and the overpowering will to save lives” Eli Beer writes. Never in his year and a half of being an ambulance volunteer did he actually save a life.”When it was a critical situation where lives were in the balance, the ambulance crews were late” Eli adds. His parents would ask him everyday if he had saved any lives, and he soon asked them to not ask.

5. Being a Paper Boy

Zach Ferres learned that $50 per month was not worth waking up at 6 a.m. on the weekends to deliver papers with six inches of ice packed on the ground and no ice skates. Sometimes the effort you put in is just not worth what you get out of it.

This seems like it would be a boring job. Ad Sachan worked for a telethon company contracted by his university to raise scholarship money by calling alumni. “At first it was interesting, I got to talk with all sorts of people but then the fluorescent lighting and the monotony got to me” Ad writes. After two weeks he had enough and just got up and left, without even picking up his paycheck.

This is a job I think we all dread, no one wants to be on the receiving end of upset customer. “There’s nothing worse than arguing with someone over how much they have to spend to have a virus removed; even after telling them how to find the step-by-step article online” Tony Rappa writes. Tony says that he did hear some pretty funny stuff on job. “One guy actually told me that he used his CD tray as a coffee cup holder. He really thought that’s what it was for!” Tony adds. He did however learn a very valuable life lesson; patience. “I’ve been told by many people that I have a level of patience they’re not used to experiencing.”

Sometimes you need to listen to your gut. “My gut and intuition said not to take it, but I went ahead anyway and accepted the position” says Donna David. With no organization, business strategy, or collaboration this was not the job for her. She only lasted a few months. The lesson learned: continue to trust my intuition.

Cleaning up farm animals and tossing bails of hay was not Katie Saxton’s definition of a dream job. Sometimes however it’s the jobs that we don’t like that teach us the most. “This job taught me the meaning of hard work, starting your day early, and setting priorities, and I learned that life is too complicated to not have order” Katie adds.

At the young age of 16 Don Fornes was already getting a leg up on the competition. “It was hard, unglamorous work—but I made more money than any local employer would pay me” says Don. Sometimes what makes the most money doesn’t always make the most sense. There is a very important lesson Don learned from his experience. “I learned that owning your own business is the best way to be in control of your life and maximize your returns” Don adds. “I saw very early on that there was a direct correlation between how hard I worked and how successful I was.”

When in highschool there are not many employment opportunities. We tend to take what we can get. Jon Cook took a position as a store clerk where he cites “Terrible pay, lousy hours, and the owners cat and its litter box lived in the office.” Its not all bad right? This is where Jon learned “If someone as lazy and unengaged as my boss could have a moderately successful store, what could I do with a much higher work ethic and determination?” Pretty good lesson.

Our favorite Jollytologist Allen Klein wasn’t to fond of working in mail room on Wall Street. As a funny guy Wall Street was not the place for him. He did manage to learn two valuable things from this job however “never work on Wall Street (too glum) and never work for anyone else (no freedom and no fun)” Allen states.

It’s hard to imagine that cleaning and feeding lab animals would not be a good job (sarcasm). Dave Chaplin did it for a few extra bucks in high school and learned a very important lesson in life and business. “I learned that I always wanted to do something that was heading in a direction I wanted to go” Dave says. This job was also very eye opening for Dave as he states “Life is a journey, and this job gave me an appreciation for what people have to do to make a living.”

Customer service can be great and horrible at the same time. They say the customer is always right, we might beg to differ. Alessandra Torre worked front desk for a worn-down hotel in college. This taught her a very valuable lesson about herself. “I learned that I emotionally invest myself in my job, and that I do not do well in situations where I have no control” Alessandra states. “I was constantly stressed that something would go wrong and I wouldn’t be able to fix it.”

Insurance is often a questionable occupation. The movie Down to Earth nailed it when Chris Rock states “I give a company some money in case sh*t happens, Now if sh*t don’t happen, shouldn’t I get my money back?” Andrea Bouchard knows this all too well, “It was extremely stressful and I dealt with people at their worst” she states. Fortunately for her she did learn some valuable lessons. “I learned so much from that job in regards to how insurance works, how having a schedule and chipping away little by little will get you back on top of things and help you stay there, that you can’t always know what life is going to send your way but you can be prepared for it, and that screaming and cursing is never the way to express your frustration and anger” she states.

We all love ice cream, it represents happiness and fun, but unfortunately for Sunny Bonnell selling ice cream was anything but fun. At the age of 12 she lied and said she was 16 to get the job. After being put in charge of cones she promoted herself to the drive-thru window. “The manager came back; to put it mildly, he was not amused” she states. “It was a pivotal moment when I realized I was born to be an entrepreneur.”

Bagels are great, relatively healthy, they come in all sorts of flavors, and with a little cream cheese its a done deal. If I had to wake up early every morning to make them they probably wouldn’t be nearly as appetizing, this is what Sam Bahreini learned the hard way. “I still don’t eat bagels to this day; that smell is forever ingrained in me” Sam says. Though Sam cannot eat a bagel to this day he still learned a valuable lesson. “I learned the value of waking up early, being prepared for the day, and truly what retail is: controlled chaos.”

I always hated mowing the lawn, usually because there was always something I would rather be doing than mowing the lawn ex: Staring at the wall, sleeping….you get the point. For Andrew Zengilowski it was his parents lawn and it was a valuable learning experience. “I learned that working with or for family can be a challenge” Andrew states. He also learned a very valuable lesson in business that we should all follow. “I also learned that you don’t get paid if you don’t do what you agreed to do.”

Though David Zheng states that his past jobs weren’t necessarily bad, he still had a pretty awful one to share. He worked the closing shift as a bag boy “Which meant I had to clean the room where they butchered meat” he says. Just like every bad experience there is a lesson to be learned in David’s case “That experience taught me the meaning of hard work.” “I appreciated my parents’ support much more afterward.”

Fill out my online form.