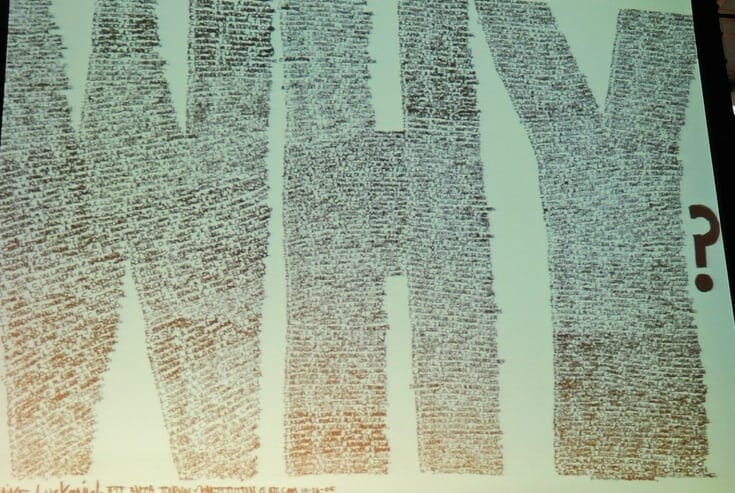 Every month, I write a recap of some of the lessons I learned from our most recent interviews. This month, I put together a list of 19 habits recommended to us by some of the world’s finest entrepreneurs.  Pick up one or two or three of these and integrate them into your daily habits.

Take bigger risks sooner. It took Isaac Morehouse too long to realize that what everyone else says, does, and believes is not as important as his gut. He may fail more going that route, but failure is the best way forward, and it took him too long to not be afraid of it. Read the full interview.

2. Touch things only once

Kerrie Kelly touches things once. She open the mail, schedules the bill payment and files it. You won’t see heaps of paper on her desk or a full inbox of unanswered emails.

As much as possible, Sandra Lewis tries to keep things simple. There are many complex issues that every entrepreneur is faced with, be mindful not to complicate things even more! To quote Richard Brandson “Complexity is your enemy. Any fool can make something complicated. It is very hard to make something simple.”

4. Break your year into a convergent and divergent parts

This was good advice for me and quite unique. Samuel Stubblefield takes off several months per year to make art. That time off (He calls these months “divergent”) makes the remainder of the year (He callsthese months “convergent”) outrageously productive, not to mention inspired and informed.

5. End every meeting with a hard task

Eric Graham and Kevin Loos end every meeting with a hard ask. This can be anything from asking them to introduce us to another investor, setting up a second meeting, or a commitment to try our product. This wasn’t easy at first for them, but after a few times, it became apparent that most people genuinely want to help out when they see a good product and a good team. But, you can’t make them do the work of thinking how to help you. You have to be specific with your request.

6. Launch and get your first customer

Launch and get your first customer. The vast majority of businesses fail because they never get a customer.  True that. Thanks Haroon.

Robert Glazer tries to block out two or three hours of what’s listed as “GSD” (get shit done) in his calendar, which is when he gets about 80 percent of his work done, and the team knows to leave him alone. That focused time is key for him.

8. Focus on one business at a time

One of Vladimir Gendelman’s  greatest failures was starting multiple businesses at once. At the time, he thought this was a great idea, because he figured if one of them didn’t work out, the others would pull ahead. But what he didn’t consider was that spreading yourself thin prevents you from growing any of your businesses. With time, he realized that mistake, sold three of the businesses he started, and focused on Company Folders. Since then, they’ve been growing like never before.

9. Think of starting a business like you think about exercise

If Isaac Morehouse does at least one thing every single day to get an idea closer to life, it has a far higher likelihood of success than if he waits around for a time when I can make one big move. He sees it like exercising. If the idea is a healthy body, you’re better off doing one thing every day, even if it’s just twenty push-ups, then waiting for the perfect day to spend two hours in an elaborate workout at the gym.

10. Try and take your own bias out of a decision

One of the hardest things is taking your own bias out of a decision. You have to be ruthlessly efficient in a startup and the only choices I regret are the ones I didn’t make soon enough. I couldn’t agree more Ivan.

Ever since Elaine Truong learned about Simon Sinek’s “golden circle,” she has been questioning everything she does and seeking a purpose behind every decision and thought. Transitioning from my serial entrepreneur background, she constantly reevaluates herself and seeks much more meaningful experiences out of her ventures. It can annoy the entrepreneur in her that’s itching to execute, but the long-term effects of simply discussing, “Why?” are immeasurable.

One thing Matthew Arrington  finds myself repeating over and over again is to focus on one item at a time. As an entrepreneur, it’s easy to get overwhelmed with all of the things that need to be done: accounting, marketing, sales, employees, finances, etc. But by focusing on one thing at a time, he does more of a quality job with the task at hand.

There isn’t something Mike McGee wouldn’t do over, but there are a lot of things that he should have done earlier that he’s now paying the price for. If there are things in your startup that you feel you can push off, DON’T DO IT. Grit your teeth and do it now, because those things come back with a vengeance.

14. Understand how your competitors sells

Businesses are built around copying each others ideas and improving on them. By understanding how your competitors sell products you can compile a list of what works and what doesn’t. Great advice, Cody McClain.

Aman Naimat likes to make lists. It’s quite simple and takes a few minutes in the morning. He does it on paper if it’s fewer than 10 items but moves it to Google Docs or a calendar if it’s more. He needs to write things down and then cross them off by the end of the day.

16. Spend 10 minutes every day being mindful

Spend 10 minutes every day being mindful. Mindfulness inspires new skill-sets that quiet the mind, raise our level of consciousness and increase awareness. The practice of mindfulness has been proven to alter the molecular structure of the brain making us healthier and happier. This is great advice, Joan.

14-year old entrepreneur Sydney Loew does not to think of things that don’t go her way as “failures” because she’s just getting started and everything has been a learning experience. So true. Not just if you’re 14.

Sleeping for 7-8 hours a night. Hitting the gym. And eating well. Taking care of her health is the only reason Courtney Boyd Myers hasn’t had a total meltdown.

Last but not least….

19. Write ideas down, then take action

When Liran Hirschkorn gets an idea, he writes it down immediately. Some he knows he’s going to implement relatively quickly, while others are stored in a “someday” file, which he reviews regularly. Once he’s ready to bring an idea to life, he starts researching, then implementing. Taking action in business is key. You can’t just have a list of great ideas and never have the guts to implement them.

Thanks for all the great advice.