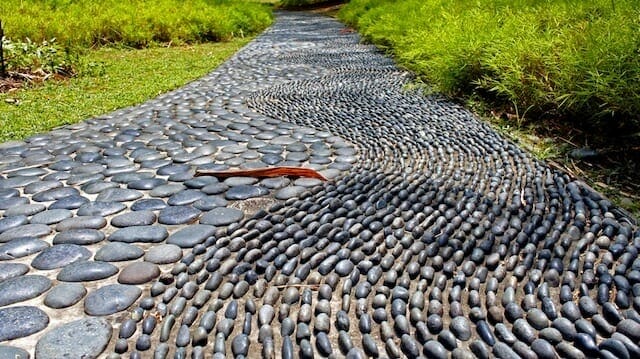 Rentable driveways. Bathing suits made out of t-shirts. An animal sanctuary for rejected dogs. You name an unusual or quirky business idea, and we’ve probably interviewed a daring entrepreneur who’s making it happen.

Chris and Kella MacPhee, founders of Suburban Camping Company, had a big idea–something that would change the world… or at least the neighborhood. The plan was to offer an experience that tasted like burnt marshmallows, sounded like storytelling, felt like wet grass and ended with a “good night Johnboy” (to people who had maybe never heard of Johnboy).

Park Circa was conceived in 2010 when co-founders Omid and Chad were introduced by a mutual friend and, through the course of a conversation, began discussing the problem with parking in San Francisco (where they used to live and work). Most people they knew had the same frustrating experience of endlessly circling the block, waiting for a space to open up, meanwhile passing wonderfully empty driveways that were off limits. They began thinking, “Wouldn’t it be great if we could just knock on the door and hand the person $20 for permission to park for a few hours?” Then they asked, “Why not?” They realized they could build a location aware mobile app that allowed for passive communications and transaction between strangers, to legitimize this process of peer-to-peer sharing for parking spaces.

Emily M. Wolfson is the owner and artist of the Unforgettaball! baseball line. Unforgettaballs! represents the finest collection of artwork printed on baseballs in the world. These beautiful, decorative baseball designs began as paintings by Wolfson. There are many different designs available on the company’s website, and they range from 35 different baseball stadiums to holiday and special occasion themes. In 20 years, Wolfson has sold more than 850,000 baseballs, which have been on television, in high-end retail stores, and owned by astronauts and presidents.

When Bjorn Borstelmann invented the Tie Tee, a T-shirt with an attached necktie, he created a symbol for the kind of leaders the world desperately needs–ones that work for the betterment of the planet instead of merely profiting from its destruction. By commandeering the iconic shape of the necktie and attaching it to the collar of a 100% organic T-shirt, Tie Tees have redefined business casual–and given it a purpose.

By making useful and attractive bags and other products directly from the sachets that have been collected from the streets or kept for recycling, Trashy Bags Project, founded by Stuart Gold, is demonstrating that waste plastic can still be useful long after it has outlived its original purpose. The company also educates people in Africa about the dangers of land pollution and encourages them to dispose of their rubbish responsibly.

Hollaback! is a movement to end street harassment, and is powered by local activists in 50 cities, 17 countries, and in 9 different languages around the world. It collects women and LGBTQ folks’ stories and pictures in a safe and shareable way with its very own mobile phone applications. Founded by Emily May, Hollaback! breaks the silence that has perpetuated sexual violence internationally, asserts that any and all gender-based violence is unacceptable, and creates a world where we have an option—and, more importantly—a response.

Vin-T-Bikini began in Robin Macy’s Manhattan apartment when she was inspired by an array of rock concert t-shirts in her walk-in closet. It was then that she conceived the idea for one-of-a-kind swimwear.

Olympic Animal Sanctuary, founded by Steve Markwell, is a nonprofit animal welfare organization and animal rescue in Forks, Washington. They work primarily with dogs that are not good candidates for adoption due to behavioral issues, including biting, fighting, and killing other animals. They also work with wolf-dogs and coyote hybrids, which by their very nature are inappropriate household pets. A no-kill organization, Olympic Animal Sanctuary believes that it is unethical and irresponsible to kill a companion animal for any reason other than to relieve an untreatable and unbearable medical condition (through legitimate euthanasia) or to address rare instances where an animal poses a direct and immediate threat to the life of a human being or other domestic animal.

After being out of the kitchen for almost 11 years, Dave Danhi had entered the Cheesy Mac and Rib Melt (the GCT’s signature Melt) in the 2009 Grilled Cheese Invitational. After seeing the throngs of grilled cheese lovers, Dave realized that he wanted to find a way to get this classic sandwich (as well as many takes on the classic!) to the masses. This is how The Grilled Cheese Truck was born!