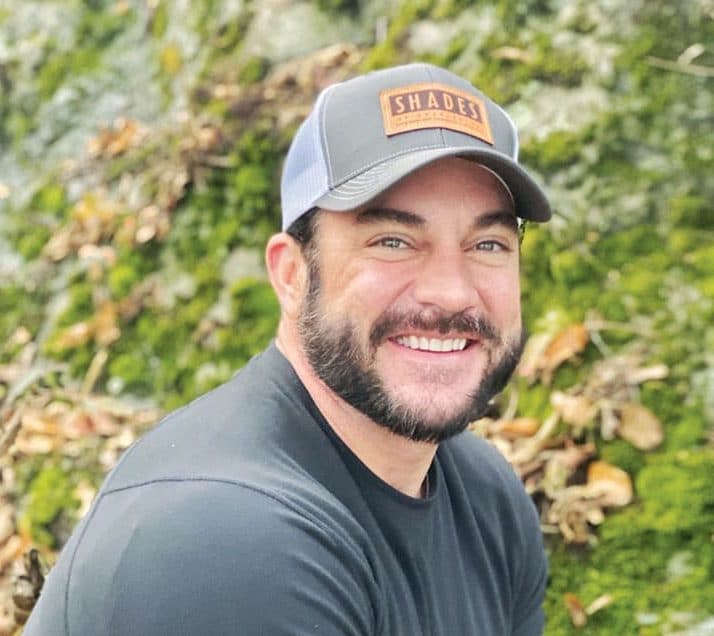 Never stop educating yourself. Never stop learning. Slow down a little bit to take the time to appreciate the things and the people around you.

Aaron Wens was nominated to attend the United States Merchant Marine Academy (USMMA) which is one of five federal service academies. He earned his Bachelor of Science in Marine Engineering Systems and had a minor in shipyard management with a focus on electrical and mechanical engineering.

Three of the four years at the academy were spent in-classroom training. The one of the years splits up the 2nd and 3rd years on a sea term where he toured the world as an intern engineer known as a Cadet aboard all types of ocean-going vessels. His internship also included NASSCO – National Steel and a Ship Building Company. He graduated in 2003 with a commission in the US Navy as a Naval Officer.

In 2007 Aaron Wens worked for Norwegian Cruise Lines as an operations engineer aboard the Pride of America, traveling the Hawaiian Islands. He then worked for Liberty Maritime aboard a break bulk vessel that would load US Government donated grain to eastern African countries and Israel.

In 2009 Aaron became a U.S. Navy Port Engineer for 4 Naval Destroyers, 2 of which were ballistic missile defense ships. He was offered a position as a fleet port engineer with MSRC – Marine Spill Response Corp that spearheaded the BP oil spill cleanup efforts in the Gulf of Mexico.

2012 Aaron Wens became the first engineer onboard the Discover Enterprise & the Development Driller 3, both are classified as 6th generation ultra-deep water drilling vessels.

In 2013 he moved to Singapore to work for Helix Energy. Over the two years in Singapore, he worked with a team of engineers upgrading a deepwater drill rig to an ultra-deepwater submersible drilling rig capable of operating in the Gulf of Mexico.

By 2015 Wens joined Marine Design Dynamics. He was the lead project engineer who assisted in the design and construction of a Military Sealift of Command Special Forces ship, including special projects constructing a Navy AVCERT flight deck, SCIF – secret compartmentalized information facility, a drone flight deck, and boat launching deck.

Aaron Wens continues his dynamic career working with (MDD) Marine Design Dynamics on design projects and ship construction projects for the Military Seal of Command. In addition, he oversees large maintenance projects of the Staten Island Ferry vessels for the Department of Transportation NYC.

The idea to become an engineer came very early during my high school years when my teachers recognized my mathematical ability. Teachers encouraged me to become an engineer. I met an Airforce Pilot who spoke with me about becoming an engineer as well as a pilot at the Airforce Academy. I wanted to go to a military academy because of my family’s military background. I was nominated to USMMA and accepted in 1998. Attending USMMA, I learned about ocean-going vessels and becoming an operations engineer and traveling the world. Which is what changed my life from a small mountain town in southern Colorado.

I start my day at 5 a.m. I check the news and I check whether. Having that information will determine what I can get done working with my contractors. We have maintenance and repairs on different parts of the vessel. At 7 a.m. I check email, by eight I have morning meetings with sub-contractors at checkpoints, by nine I am meeting with the Chief Engineers or other lead design engineers. By lunch, I meet with various people at the shipyard. In the evenings I check with sub-contractors to see what was accomplished for the day and where we stand with the schedule.

When we are bringing an idea to fruition, I work with the supervisors to develop the process we will be taking to get an understanding of how the process should flow. I try to express the current flow process of each idea, and I lead by example. With my own business, I make sure that it is profitable and efficient.

I lead by example. I find the most efficient way to accomplish a task. I like to think I work smarter not harder. Be prepared. Have information ahead of time. Do not jump in with both feet.

Never stop educating yourself. Never stop learning. Slow down a little bit to take the time to appreciate the things and the people around you.

The military will have to create a faster way of getting products faster. The military has a specific process that we have to go through to bring in technology, even for products that would make a job faster, better, and be profitable. I think we should be able to speed up that process. But the military is not about speed or profit. Change doesn’t come fast or easy for the military.

I lead by example. If someone doesn’t have drive or enthusiasm but they see you working hard every day, it will encourage them to work harder.

Developing relationships and keeping a good rapport with industry specialists. Try to be as helpful to others when you can. People will remember you. It will all help in the future. If you have to put a project together you will know who to call.

The biggest challenge is keeping good relationships with everyone whether they are competitors or not. It can sometimes be a challenge. You have to work hard to continue communication skills.

I would like to see a phone app where you can order food and drinks from your phone ahead of time when you are going out to dinner. It increases sales at a bar by almost 70%.

The best hundred dollars that I’ve spent was on lunch with the shipyard owner to build a relationship. We would like to be able to work with him on new projects in the future.

I use Microsoft Sharepoint and One Drive. It allows me to upload data to the cloud and share data with whomever I want, right from my phone.

I would recommend The World is Flat by Thomas Friedman. I am all for education, but the one thing that is more important than that is experience. But this has changed my direction from getting the most education possible.

● In all that you do, lead by example.
● Keep good business relationships with everyone whether they are competitors or not.
● Education is good, the one thing that is more important than education is experience.