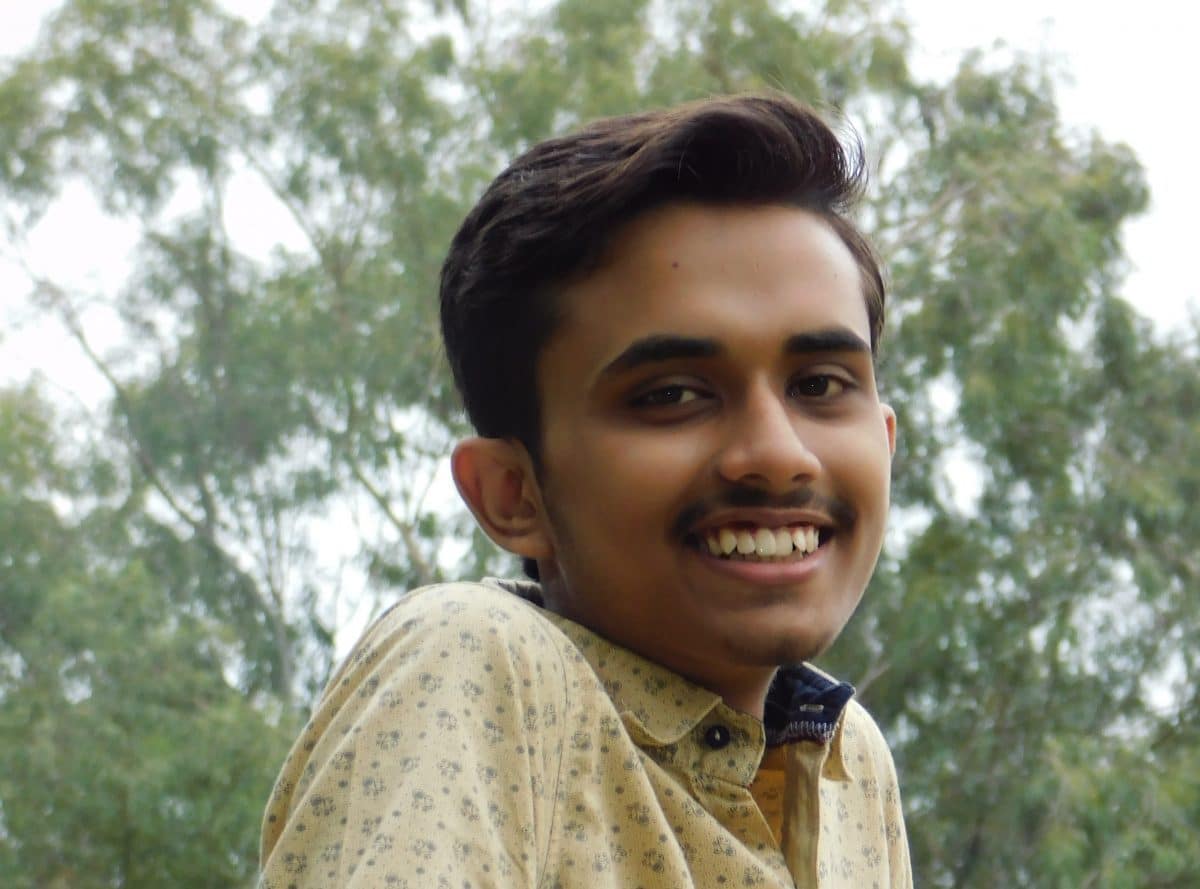 Abhas Suman is a music producer, who started working in his very early age. He got his copyright certificate ID before he received his voter ID card at the age of 17 and got his first song released this year. He is also being mentored by many artists like ‘MAVJAK’ & ‘Mike Waters’ and KSHMR’s label ‘Dharma Worldwide’. He released two songs for Netherland based company RadioWave. He was raised in a small town called Koderma in Jharkhand. He completed his high school this year from Patna. And has now moved to New Delhi for graduation.

I started using Digital Audio Workstation based Softwares as I was curious to know how producers make music without using any musical instrument. After 4 yrs of learning and producing, I had tons of files lying on my desktop, it was like 200+ projects on my desktop. Some were good, some weren’t. Later I realized there was no meaning of leaving those projects like this. They need to be heard by someone. I soon also realized, whoever you are, you are an Artist, a Singer, Dancer, Photographer. Whatever you do, your work should get exposure. So according to me, a good artist consists of 30% skills in his field and 70% skills of how you will show this to the world. So then I started sending those tracks to companies and soon was selected by one for release.

I generally start the day by looking at emails and answering or completing any urgent or pending work. I then keep a to-do list on my desktop. I then listen to my Spotify ‘for you’ playlist of calming music to keep my brain chill and refreshed which is very important when you are a composer.

I cannot carry my laptop everywhere to make music, so I record my ideas in MiDis on my phone and later transfer it to my laptop and continue my work. That’s how I try to make it productive.

You never know when a good melody idea will hit you. I have heard many producers having the same problem. Waking up in the middle of the night so that you can record your idea. Whenever a melody hits my brain, I record it with my vocals on my phone. And when I am working, I play it on loop and try to jam with it using digital musical instruments. After I have enough idea of how this is going to sound like, I start the session and replace my vocals with Piano Roll and add suitable instrument(s) on it. And then it gradually starts coming to life.

Digitalization of India has exploded. Millions of people are suddenly online who were once not even aware of what the internet is? These also means an increase in audience of online content. Which helped digital content creator a lot. You can see an example of DJs in India like NUCLEYA. Who started as a DJ in 1998. But got his audience in 2009. Why got so delayed? Because artists were dependent on companies to get the audience. But now this has changed, independent music artists are now emerging rapidly.
One independent artist, I know, from India is RITVIZ.

Probably of thinking more and spending more time developing a network with artists around the globe.

I didn’t know anything about music theory. It is very difficult to make music without it. I spend a lot of time every day learning the basics of music theory. But I still lack practice. I would probably advise my younger self to join music classes and learn music theory. I later realized that perfection comes from studies as well as experience, and if we don’t make mistakes, experience will not come.

Producing music is a lengthy process and takes time. It took me about 6 months to complete my first release ‘The Sampled’. And still, it was only 1 min 30 seconds long as there were too many layers in the track and I was alone doing everything from arranging to mixing & mastering. I learned a lot during that time. And am still learning. I still do all by myself, this is the reason why my releases are getting delayed.

I accidentally deleted a folder which had 14 projects I was working on. In the beginning, I felt I lost something very important. But, later I realized I gained lots of skills while working on those projects, which I can implement on my other projects.

I love food, I find the art of cooking very fascinating. So one idea I have is-
A restaurant which will have street foods from all parts of the country under one roof. From Bihar’s ‘Litti’ to Mumbai’s ‘Vada Pav’, everything.

I don’t remember at the moment. But I did spend a few bucks on my new tripod a month ago. I needed that for self-portraits and long exposure photographs.

Software- ‘FL Studio’, ‘Abelton’, ‘Audacity’.
and I use sticky notes and ‘Lists app’ a lot.

“You will never be always motivated, so you must learn to be disciplined”.