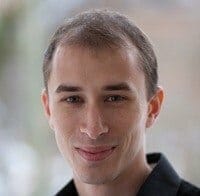 Alan Schaaf is the founder of Imgur.com, who created the site in early 2009 while he was an undergraduate computer science student at Ohio University. Imgur is an image hosting and entertainment website which quickly gained popularity among social news sites such as Reddit and Digg. In just two years, Imgur has achieved an Alexa ranking in the top 200 sites in the world and currently serves more than 120 million images to the Internet every day.

Imgur’s focus has always been on developing the easiest and fastest image sharing platform on the web, and we’re working on making it even better. This includes new ways to upload and manage your images, as well as view and interact with other peoples images. Imgur users share the best and funniest images on the Internet, and we’d like to spotlight the awesome content that they’re sharing and grow our audience so that more people get a chance to see it.

1. Photo sharing is a really hot topic right now. There are all kinds of awesome services starting up like InstaGram and picplz, as well as all the ones that focus on sharing images via Twitter. This is really exciting because that means more and more people are finding time to look at photos on the web. It’s becoming a larger part of our everyday lives and Imgur is at the forefront of this trend.
2. Rage comics.
3. Lolcats.

Imgur is currently a one man show, so bringing my ideas to life is no problem since I take care of everything. If I have an idea for something great, then it’s just a matter of planning it out and getting it done. It’s much harder to figure out what to work on next and what needs to be done. However, Imgur users help out a lot with this thanks to their awesome feedback and ideas.

Really cool and useful web apps inspire and motivate me. From small things like online color scheme pickers to huge operations like Twitter and Tumblr, anything that’s really simple and works great without getting in your way is inspiring. I try to take what I learn from other simple things and put the same concepts into Imgur.

This isn’t just one mistake, but something I’ve learned is that once a feature is in place and works a specific way, then it’s really hard to change it without upsetting your entire user base. Even something small such as changing the location of a button from one side of the page to the other has flooded my inbox from upset users. Once people learn how to do something then they don’t want to ever have to relearn it. This is completely understandable, but it’s led to a few mistakes and upset users in the past.

There’s an interesting story about this same phenomenon from eBay. Apparently, when eBay first launched, they had a yellow background. Eventually they wanted to change it to a white background, which is what you see now, but just changing it overnight led to a user outcry. People were literally lost without their yellow background. So what eBay did was write some code to gradually change the color to white over the course of a year. By the end of the year, people never realized it was even yellow to begin with. What this means to me is that I need to be really careful with how I do things, and I’d better have a good reason to change the way something works.

I think one reason Imgur was a success is because I built it based off of the good things I like to see in websites, and what would be useful to me personally. In fact, Imgur didn’t even start out as a business – it was just a tool I worked on in my spare time. So, I think if you’re going to start a business, build it around something that you’re interested in and something that you think the world needs because it’s something you need, rather than around something you think will make you money.

I don’t think I’d be able to work without Firebug. It’s completely changed the way I do web development. As far as books go, “Founders at Work” by Jessica Livingston is really inspiring and highly recommended if you’re involved in the startup world.

Do you have any tips for other startups?

Pay attention to your users.

Part of Imgur’s success has been because I’m really involved with the people who use it. I interact with them daily through social media sites like Reddit, Twitter, and Facebook. It’s also really easy to contact me and offer suggestions. I try my best to listen and respond to everyone, and make the site something that everyone wants to use and enjoy. Too many websites ignore and alienate their users but Imgur provides a personal touch, and people really appreciate that.