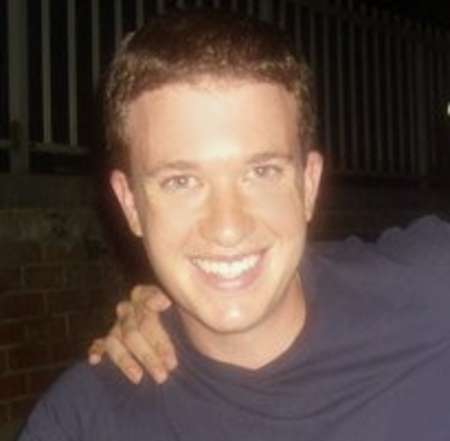 He recently completed a Masters in Public Policy at Georgetown University, focusing on the intersection of technology and social entrepreneurship.  His econometrics-based thesis, “Facebook, Twitter and Barack Obama: New Media and the 2008 Presidential election,” is the first such paper to quantify how new media informed the national elections in 2008.  He’s visited 25 countries and lived for longer periods in Germany and India, and his travel writing has been featured in numerous publications including Lonely Planet and Huffington Post.

He graduated from UCLA with degrees in Geography and Political Science and was the recipient of the Distinguished Senior Award, received college honors and the Chancellor’s Service Award.

Before launching StartSomeGood in 2011, he worked with a number of socially-minded technology startups, including PICnet, Ashoka, Hypercities.com, Change.org, The Extraordinaries and iCivics.

[quote style=”boxed”]Reach out to others.  Too often I see people that are scared to reach out to others in fear that someone may “steal” their idea, when in fact telling people about your idea is the single best thing you can do.  Firstly, having an idea is relatively easy; it’s taking action on it that’s the hard part.  [/quote]

I’m currently, along with a wonderful team, working on StartSomeGood.com which is a platform for helping social good initiatives raise funds and grow a community of supporters.  Think of Kickstarter.com, but for social good.

As with any start-up, the tasks I work-on are incredibly wide-ranging: from overseeing the technical development of our site to working closely with the social entrepreneurs using StartSomeGood to help them create an awesome campaign to raise funds.  From managing the legal and financial aspects of our company, to phone calls and coffees with inspiring social entrepreneurs to learn from and with them and to think about how we can better serve social innovators.  There’s lots to do, but I love the variety.

This is the first time in human history that nearly anyone in the world can connect with nearly anyone else.  The world may not be flat, but its getting more and more interconnected.

Collaboration: one thing I’ve quickly learned in the social enterprise space is how much people want to help one-another succeed.  It’s the
opposite of cut-throat competitive; as one of us succeeds so do others, which is great for the overall sector.

Food-trucks.  Alright, fine, perhaps it’s not quite as important as the macro-trends above, but how great is it being able to buy korean
BBQ from a truck that tweets its location and is immediately greeted by a mob of hungry lunch-goers?

Great ideas come from great people.  Great impact comes from giving great people the space and support they need.  My leadership style is to surround myself with passionate, talented people and then give them the resources and freedom they need to make a difference.  To the extent that we bring new ideas to life, it’s because of surrounding myself with people more talented than myself and giving them the room to be great.

Some of my most profound moments in life have come during my travels. I had the amazing opportunity to spend three months living in India in the summer of 2009.  I headed there with one life-trajectory, but returned to the states forever changed and ready to dedicate my life to improving the world through social entrepreneurship.  I have never been faced with as many challenges as while I was in India, but I have also never been more optimistic about humanity’s potential to address them.  I volunteered for a small social enterprise that worked with young girls, and realized that, while in the scheme of things, what we were doing was relatively minor, that lots of people, all doing their little bit to change the world truly can do so — together.

Only one mistake?!  Launching a startup means constantly making mistakes.  The major lesson I’ve learned, though, is that the test of a start-up is not whether you make mistakes, because you will, but that it’s how you respond and learn from those mistakes that make the difference.

Reach out to others.  Too often I see people that are scared to reach out to others in fear that someone may “steal” their idea, when in fact telling people about your idea is the single best thing you can do.  Firstly, having an idea is relatively easy; it’s taking action on it that’s the hard part.  I’ve benefited an unbelievable amount from sharing ideas with others — getting feedback on what’s a good idea, what’s a terrible idea, and wonderfully-often having people offer suggestions, advice or an offer to pitch-in and help make it happen.

I always check my Tumblr account.  I follow a good number of people on there — in addition to posting my own content — so my Tumblr feed is always an incredible, diverse collection of inspirational quotes, beautiful photos, dumb animated gifs, and everything in-between.

Reading is so important, and thankfully now that I’ve finished graduate school I can finally read for pleasure again.  The first book I would recommend everyone out there reads is The Alchemist by Paulo Cuelho.  It’s a wonderful parable about finding one’s “personal legend,” and while beautifully and simply written, it is so profound that I find myself reading and re-reading it all the time.  I’m also really excited to be able to share important books with fellow social entrepreneurs in our new StartSomeGood Social Enterprise Book Club.

It’s so exciting to read great books with others so that we learn not just from the authors but also from one-another.

My favorite gadget is my Canon S95 camera, which I take with me nearly everywhere.  I’m really passionate about photography and capturing the scenes and experiences that make up our lives.  Thankfully the camera is so small that it easily fits in my pocket, and as they say the best camera is the one you always have with you, so I love being able to capture and share with others.  To see a few of my favorite ones, check out my travel photography blog:

Leila Janah, the CEO of SamaSource.  She’s doing such inspiring work using technology and “microwork” to improve the lives of so many people in so many of the poorest areas on Earth.

I love to laugh, so it happens pretty often, but it was probably in recounting awkward moments experienced while looking for a roommate on
Craigslist.

Is crowdfunding just a fad?

Absolutely not.  It’s a huge, growing trend and I couldn’t be more excited about it.  In just the past few months we’ve seen a proliferation in both the number of sites as well as the sectors –from video games to fashion design — that have their own crowdfunding sites.  At the same time, supporters are becoming more and more excited about the idea of contributing to an early stage idea and watching it grow into reality.  It’s a wonderful testament to the concepts I noted above on collaboration and connection, that so many people are able to come together around supporting new and innovative ideas.

What’s your favorite city in the world?

Berlin!  I had the opportunity to live there in 2006 and it’s such a fascinating city.  I loved all of the contrasts that define the metropolis: capitalist and former communist; nature and steel; edgy and formal.  But throughout it all there’s a creative streak running through Berlin unlike that of any city I’ve seen before.  I can’t wait to return.