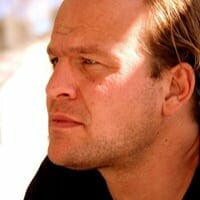 As COO and founder of Amsterdam based 2theloo, Almar Holtz oversees the operational execution and implementation of the company’s core values. He provides leadership towards broadening the company’s business development, quality assurance and risk management initiatives. Almar is also in charge of employee recruitment and the company’s overseas expansion as well as the company’s financials.

He is a true executive with a proven managerial track record. Prior to co-founding 2theloo, Almar has been in senior management positions of multiple multinationals, as wells as an entrepreneur. In his last position Almar was based in Johannesburg, South Africa.

We are currently putting all our efforts in expanding 2theloo outside the Netherlands. We have franchised the company in Poland, Spain and Portugal; with many requests from all over the globe. In order for this geographic expansion to succeed, 2theloo’s priority is to continue to be the benchmark for clean and hygienic restrooms.  2theloo’s goal is to become the quality mark for a clean and hygienic restroom. My other priority is to lead 2theloo’s recruitment efforts: attracting, training and retaining the best possible colleagues.

Starting at 6 am, taking the kids to school on my bike. Emails and conference calls till mid day, and in the afternoon generally I meet for an hour with Eric my business partner to discuss our strategy and current positions. My afternoons are filled with meetings with suppliers, partners and new colleagues. Generally my day finishes around 10 pm.

It begins with believe. The idea has to excite me. I know an idea is good as soon as it keeps me awake. Then it’s about the team of people. That’s one of the lessons I’ve learned.  Everyone in the team should also have an equal share, because I firmly believe that if you can’t share you can’t multiply!

Lots of things do. People inspire me but also architecture and music.

You can’t learn unless you make mistakes. One mistake I used to make is to spend too much time on insignificant issues. Today I work following one philosophy ‘’pick your battles!’’ By this I manage my time more effectively so I can spend a bit more time with my kids.

If I had the time I would start a Psychiatry Clinic on Facebook. A place where people can receive professional care in an anonymous environment

Apart from yesterday’s results of 2theloo, I always start my day reading the latest news on all online news sites. I firmly believe that by staying on top of the latest news you are always one step ahead.

Good to Great: Why Some Companies Make the Leap… and Others Don’t. A management book by James C Collins. The one tool is a good night’s sleep.

What person has inspired you the most?

Probably my grandfather, a true entrepreneur who never gave up. After surviving World War II in the concentration camps his goal in life was to make the world the best place for his descendants. Also, Paul Fentener van Vlissingen has always inspired me.