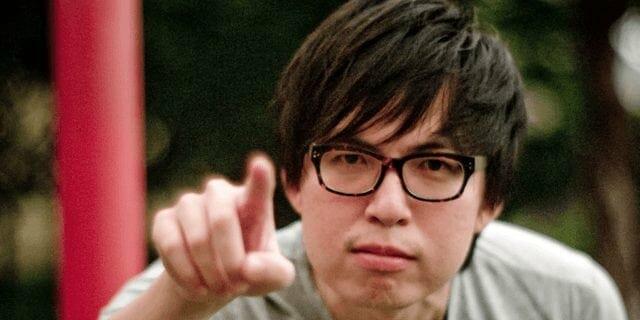 [quote style=”boxed”]The best advice I’ve gotten from someone else is “the only thing you really need to do to be great at networking is to be as helpful as possible to as many people as you can.”[/quote]

Alvin Woon is co-founder of Plurk, a social network site that has been compared to both Facebook and Twitter. Plurk has 7 million members and is particularly popular in Taiwan, coincidentally where Alvin is stationed. Alvin grew up in Malaysia, studied in the U.S. and started Plurk in Toronto. He misses everything about Toronto, even the winter.

I’ve had it pretty good. All my previous jobs came with good bosses, a nice salary, beautiful cities and amazing colleagues. I’m still waiting to meet my pointy-haired boss, though. Despite overwhelming evidence to the contrary, I’m still not convinced he exists. Plurk has been the most stressful; being an entrepreneur and playing the startup game and all.

This is also the reason why I’m advising startups Gomai.la and Caidilei.

By opening my text editor and starting to code.

I have a problem that I wish someone could help me solve. I would pay for such an app! Note-taking has always been a painstaking experience, especially on mobile phones. Right now if I need to jot down the address from a Google map or my friend’s telephone number from his name card, I just take a photo to be done with it. The process of opening a note application and manually typing in all the details is too slow. What I think should happen is for an app to take a photo and OCR (optical character recognition) all the text on it for me to copy/paste/share later.

On top of that, you could build some awesome image recognition algorithm and do some pretty cool stuff with the input as well. For example, all the fitness apps on iOS and Android require me to enter my caloric intake manually. Why can’t I just take a photo of what I’m eating and the app calculates the best approximation of the caloric number for me? Another one: take a picture of my naked body and the app can tell me if I’m overweight.

Rating apps: I can just take a picture of my face to tell you how much I like or dislike something.

Narcissistic teens beauty apps: Take a picture of myself or someone else and the apps will tell me how symmetrical my face is and compare my hotness to other girls nearby. It can also calculate the “camwhoriness score” of a photo I’ve taken from the downward angle coupled with a strategically-placed peace sign next to my cheek.

The possibilities are endless.

Stumbling on Happiness by Daniel Gilbert. In short, the book basically argues that humans are less happy than other living creatures because we are capable of thinking about the future and hence spend a lot of our waking time worrying about it. People who do startups and entrepreneurship live a very stressful life, primarily due to the many thousands of unforeseen circumstances in which our babies might fail. But if I can worry less about things like my business plan 5 years from now (I hate it when investors ask me that question) or what happens when this or that feature fails and just keep working, coding and hustling to put out the best product possible for my users, startup life can be a bit less demeaning. There’s no need for a grand master plan, at least not until you close a sizeable funding round.

What do you read every day and why?

Some of my favorite daily stopovers are:

Does a girlfriend make a good co-founder?

What was the best piece of advice you’ve received recently?

The best advice I’ve gotten from someone else is “the only thing you really need to do to be great at networking is to be as helpful as possible to as many people as you can.”

[highlight]This interview was brought to you by Duncan Murtagh, co-founder of Vetter, a simple system that can help managers tap employee ideas better.[/highlight]