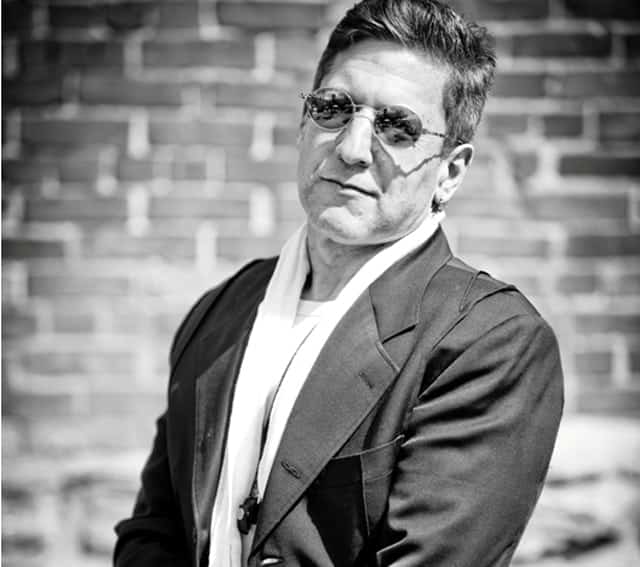 [quote style=”boxed”]My worst “almost-job” was as a brand manager at General Mills. I had one interview. It was an on-campus recruitment thing. It lasted 30 seconds, and consisted of the HR guy saying “No” about 20 times, at differing intervals. I guess my shoulder-length afro didn’t help.[/quote]

Andy Nulman started off as a journalist for a weekly newspaper when he was 16 years old. He became entertainment editor at the age of 17 and was fired at 22.

He then went on to co-found Just For Laughs Comedy Festival, which he built to monstrous proportions. He worked with every major star from Jerry Seinfeld to John Cleese to Chris Rock to Steve Martin, and produced more than 150 TV shows for HBO, Fox, Showtime, MTV, CBC and the Comedy Network. He left when it got routine and boring.

Andy jumped into the web content business with a company called Eyeball Glue, just as the Internet bubble burst. Out of desperation, he veered off into the mobile content business before there was one. He co-built the pioneering Airborne Entertainment into a company that worked with Fox, HBO, The NHL, The NFL, Family Guy, The Food Network and Maxim. It ended up being purchased six years later for more than $100 million by a Japanese company.

Andy then went back to Just For Laughs as President of Festivals and TV in 2010 to try to inject a digital spirit into a successful analog company. He now runs events in Montreal, Toronto, Chicago and Sydney.

Andy has written four books, and his most recent title, “Pow! Right Between The Eyes!” is about the power of surprise. He does a lot of public speaking on various topics, at all kinds of venues–from TEDx to X-Rated Art Exhibitions. He is never boring.

Andy was named a “Top 40 Under 40” Business Leader in Canada, and one of the Top 100 Montrealers of the 20th Century. He sings rock ‘n’ roll, goes to the gym consistently, plays hockey, wears too much jewelry and is renowned for his fashion sense. Andy collects outlandish contemporary art. He has two, grown sons, a long-term wife and two, adorable dogs.  He is always looking for a new thrill.

I’m working on making interviews on IdeaMensch easier to read. Why? Because I believe that no matter what you have to say, no matter how brilliant and profound, once it’s presented in a grey clump of type, people’s eyes glaze over (particularly if it’s from someone like me, who few know and fewer care about).

Where did the idea for Just For Laughs come from?

Our company mission is, “Make People Happy.” Pure and simple. That said, I guess the idea for Just For Laughs came from misery. More specifically, it came from government, despots, the oil industry and a few members of one’s immediate family. There are numerous causes; we are the solution.

My typical day starts with me praying for a typical day. I begin in my office, waiting for the first crisis. Once the first one hits, it’s like playing “Twister” on a cornfield of landmines while avoiding sharp projectiles that are being thrown at you from all directions. Put another way, my typical day is like being blindfolded on a wild roller-coaster on greasy, old tracks–with no safety harness–while getting serenaded by a searing, heavy-metal soundtrack.

Like Victor Frankenstein, I strap them to a table, connect them to a rickety electric machine via booster cables, and wait for a thunderstorm.

Okay, more seriously, I never brainstorm. I let random events and items spawn new ideas (a process I learned from Doug Hall) and ask people their opinions. And this is really serious: if people say, “That’s the best idea I’ve ever heard!” I drop it. If they say, “That sucks and will never work,” I drop everything else and pursue the idea like a man possessed.

I’m not being facetious, I just find that once something is officially a “trend” it ceases to be exciting. To me, what’s truly exciting is finding the obscure, unplanted seed or nearly-inaudible hum that can mutate into a trend.

I’ve never had a bad job. I’ve loved every one, even delivering newspapers door-to-door in the freezing cold winter as a preteen. This may stem from my original career objective of being a garbage man. No joke; I was six years old and I would watch these guys ride up on a truck, jump off, yell and throw stuff into a huge munching ass-end. What kid wouldn’t want that gig?

My worst “almost-job” was as a brand manager at General Mills. I had one interview. It was an on-campus recruitment thing. It lasted 30 seconds, and consisted of the HR guy saying “No” about 20 times, at differing intervals. I guess my shoulder-length afro didn’t help.

I’d be taller. I would have paid attention in accounting class–and in economics class. I would’ve gotten in tip-top physical shape way earlier. I would’ve sucked up to the rich and smart kids. I’d be less of a smart-ass.

Ignore the idiots. I found it very advantageous to listen to everyone but to choose to hear only what a very few are saying. Not that I devalue mentors, but I think that people often devalue themselves. Most times, we are our own best friend and confidant.

The overriding problem facing every entrepreneur is converting “they of little faith” to see the vision you see oh-so-clearly; I was no exception to the rule. I overcame this problem through sheer tenacity, acute salesmanship and—to be frank—a little bit of lying.

When you try to convince investors in 1999 that, “One day, people will be watching videos on their cellphones,” it’s a combination of vision, hopes and lies. Over and above the necessary work ethic, all great businesses are built on a blend of fortune-telling, prayer and larceny.

Invest in intimacy. It’s the next Google… or Facebook.

Social networking and citizen broadcasting have shrunk the world.  You seemingly know what’s going on everywhere, but how much do you really know about your next-door neighbor? Thus, I believe that one-to-one—or one-to-few—face-to-face, same-room, live conversation will become so valuable that people will actually pay for it like sex. People will smile and others will say, “Wow! That looks just like an emoticon!”

I know this one’s a heckuva BHAG, but if I could change one thing I would bring about world peace. How? I would kill all the bad guys and imprison the rest who stand in its way.

I can’t, because I am renowned for keeping secrets. This would only sully my reputation and destroy decades worth of confidence put in me.

P.S. Nobody knows about this except you.

I am more general; I like sectors more than specific apps. That said, my preferred three are weather sites, stock market analysts and religious sites. Why?  Their entertainment value, as they all purport to tell us about tomorrow, today, and they are so rarely right.

Without a doubt, the Bible. It’s like “Harry Potter” and “The Hunger Games” combined. Best of all, it’s a two-parter (maybe more to come!). And can you believe some of the stories in there?  Whoever wrote ‘em must have been on some heavy-duty drugs or something.

What I really like about this book is that it’s like Aesop’s fables; every one of these wacky stories has a moral to it, so it makes you think as well as laugh.

Why? Because Jack co-founded Twitter and is chairman of its board, Dick is its current CEO, and although Biz is no longer with the company, he co-founded it and he has a funny name.

But a caveat, I’d follow them in real life, almost to the point of stalking them. These are smart guys, and I don’t know of a better way to be on the ground floor of their next earth-shattering venture.

Popeye The Sailor (no joke). Why? Because he’s this funny-looking guy who’s poorly educated and truly innocent, yet he has enough self-confidence and inner strength to declare one of the all-time great personal philosophies: “I yam what I yam.”

Another great Popeye fan is Gene Simmons of Kiss. When I was a kid reporter interviewing him, we spent 30 minutes discussing Popeye. (By the way, Gene does a killer impression of him.) I have a sizable Popeye memorabilia collection, including original comic strip art. Next up: an original Jeff Koons Popeye piece. Please send money.

What was the main criteria in choosing your career path?

My only real career criterion was to never work for a company that had its own truck. I never had a path; I always left myself open for opportunities to find me. A path would’ve saddled me with blinkers, which would’ve blinded me to what was coming at me from the left and right.

Why do you wear so much jewelry?

They make a colorful, personal statement, like loud, clanky tattoos. And unlike tattoos, I can take my jewelry off every night (and at airports).

If you really want to connect, why not call my mobile at 514 592-1210? This should separate the hardcore from the grazers.