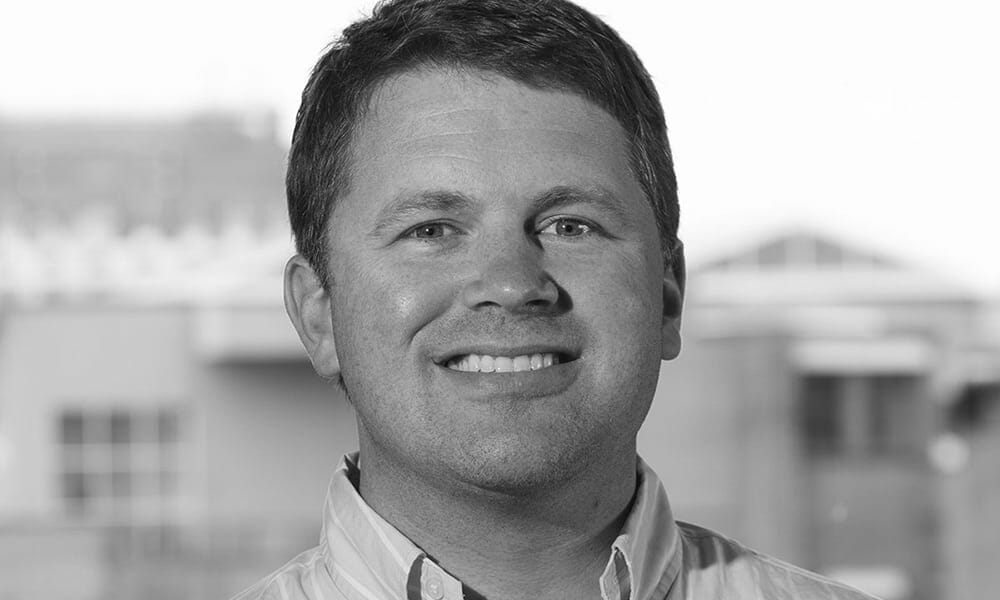 Be willing to say “no.” It sounds so simple, yet we so often see the failure of great businesses when leadership became distracted and failed to keep the main thing the main thing.

Angus Davis is the founder and CEO of Upserve, a startup that offers a complete suite of data-driven solutions built for restaurants. Upserve’s restaurant management system uses real-time guidance to empower local restaurants to unlock their full potential. It also operates Breadcrumb, the industry’s strongest cloud-based restaurant management point-of-sale platform. In 2013, the company was in the top 100 of Forbes’ “America’s Most Promising Companies” under its former name, Swipely.

Before founding Upserve, Angus co-founded Tellme, a tech firm that grew to more than $120 million in sales before it was acquired by Microsoft in 2007. During this time, Businessweek named Angus one of the top 10 entrepreneurs under the age of 30.

Angus entered the tech world young — helping to start a small New England ISP as a 17-year-old in 1996, then moving to California to become Netscape’s youngest employee at age 18. In addition to entrepreneurship, Angus is an active angel investor. Forbes named him one of “America’s Most Promising CEOs Under 35” in 2013, and the state of Rhode Island awarded him its Man of the Year award in 2014.

Aside from work, he’s involved in education activism. Angus previously served on the Rhode Island Board of Education and on the board of the Center for Education Reform in Washington, D.C. While Angus spends some time working in Silicon Valley, he’s a New England native who sticks close to home more often than not.

Where did the idea for Upserve come from?

Upserve came about in late 2009. Our idea came from the realization that big data would become valuable to small businesses — particularly restaurants if we could find a way to glean actionable insights from the millions of transactions that happen in them each day. At that time, big businesses had begun turning data into profits, but our hope was to democratize this technology and bring it to independent restaurants.

The idea wasn’t just to help restaurateurs run a smoother, more profitable operation, but to also give guests at those restaurants a better hospitality experience. We would often say we wanted to make guests feel like Norm walking into Cheers.

My day starts out catching up on overnight email while helping my three young boys get their own days started. Days are spent meeting with Upserve’s leaders to make a mix of strategic and tactically oriented decisions. The most time-consuming activity is always recruiting, as that’s where the cost of getting something wrong is highest.

Sometimes, I will hop on a customer support call at night. If leaders get too disconnected from customers, they lose touch with reality. Restaurants are busy at night, so that’s when I tend to get the most challenging cases.

You can usually build something you’ve sold, but you can’t always sell what you’ve built. The first step to bringing a new idea to life is validating that it solves a real customer problem. We take an idea just to the point where we can show a rough concept to the customer. At that point, we haven’t actually built anything, but we can get feedback that’s essential to knowing it solves the customer’s problem.

For example, we recently used our Breadcrumb POS to build a new feature for restaurants that makes it easier for busy bartenders to preauthorize credit card tabs. We work with thousands of customers, and we use a system that lets us track which customers have requested a particular feature. This made it easy to handpick some customers who cared about this functionality to review our early designs, get their feedback, and make a few tweaks before going to engineering. When it’s time to ship the feature, we use feature flags to first release the capability to a select group of passionate beta testers before deploying to all our customers.

Computers are more powerful, and storage is cheaper, which means we increasingly live in an era of big data and artificial intelligence. The AI trend is behind advances like self-driving cars and speech recognition. At Upserve, we use this same big data and artificial intelligence technology to predict how many guests will dine at the restaurant tomorrow night or spot which dish on the menu needs attention.

I am fond of using tools, technology, and data to make decisions. For example, instead of meeting weekly to get a status, we built out a dashboard to check the growth of the business in real time. The habit here is to automate time-consuming parts of your job. Create a system or find a tool that can keep the trains running in the direction and on the schedule you want, even when you’re not driving the locomotive. That way, your time is freed up for more strategic challenges.

I go back to the numbers to make decisions. Running a business shouldn’t be a personality contest — it should be an optimization exercise rooted in facts. I’m fond of asking my team for the data that shapes their recommendations: “We’re going to use data to make our decisions, but if it’s a matter of opinion, we’re going with mine.” There are not many business problems that can’t be decided with data.

Further, there are several key performance indicators that are often broadly understood and benchmarked within a given industry. Use those to clearly set expectations for your team and monitor the healthy growth of the business. For example, at Upserve, we track data like Net Promoter Score, customer acquisition cost, and net revenue retention, among a few other metrics that essentially form the “vital signs” of the business.

In the early 2000s, my prior startup, Tellme, decided to expand internationally by acquiring a company based in Belgium. This turned out to be a big mistake. Within a few years, we had shut down the European business unit and written off the cost of the acquisition. From this experience, I learned that just because a business works well in the U.S. doesn’t mean you can replicate it as-is in other markets. Customer problems — and the technology to solve them — are often very different across the globe, as are cultural differences toward the use of technology in different parts of our lives.

By far, the best $100 I get to spend is for a charitable cause, especially if it’s something that personally impacted a friend or colleague. I have seen friends touched by multiple sclerosis, cancer, suicide, autism, and a variety of other personal challenges. When you give a few bucks to a cause that’s both worthy and meaningful to someone in your personal or professional life, it’s a great feeling.

There are a few apps I use religiously: We run the entire business on Salesforce. Every prospect, customer, support case, new business opportunity — and even product feature request — is managed in Salesforce.

I’m also a big fan of Fantastical 2, which makes it fast and easy to manage your calendar on both your Mac and iPhone. Charlie is a tool I sync with my calendar. An hour before a meeting, it sends a briefing email on the people I’m about to meet, like recent news about them or their company. It saves time. Fancy Hands is a service I use to get simple tasks off my plate — whether it’s spending 15 minutes on the phone with a customer support line, researching information, or adding a conference agenda to my calendar.

As an entrepreneur selling to restaurants, I’d recommend Danny Meyer’s “Setting the Table.” But recognizing that most in the community have broader interests, I’d say one book that had a big impact on me was Colin Powell’s autobiography, “My American Journey.” In business, technologies come and go, but integrity and character last. Secretary Powell sets a strong example, and his story is an inspiring tale of character development.