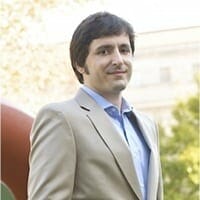 Babak Zafarnia brings a decade of experience in business, public relations, political bodies and international circles to the front lines of media, crisis and strategic consulting. As a communications specialist for key members of Congress and heads of state, a government relations expert, an international union representative and practicing attorney, he recognizes that messaging must adapt to evolving social media in the business, public relations and political worlds. Babak was most recently a director in the Issues & Crisis Group at Burson-Marsteller, in the public relations firm’s Washington, D.C., office. He counseled numerous Fortune 100 companies and international clients in global telecommunications, international trade, international defense, corporate and finance, and political elections. In addition, he was an adviser on widely-known brand products and services. Before his time at Burson, Babak was a director in the international practice at Levick Strategic Communications. He advised the Government of Dubai and diaspora groups on CFIUS, international business, human rights, labor, entertainment, academia/scholarship and tourism. Babak received his juris doctorate from George Mason University School of Law, where he won the first-year Moot Court competition with the highest overall score in every round. He has a master’s degree in public administration with a concentration in policy from George Washington University and an undergraduate degree from Vanderbilt University. He is an avid global traveler with speaking knowledge in Farsi and French.

We’re turning public relations into a major environmental victory for a wilderness and indigenous Native Americans project. PR gets a bad rap these days, but we know that the discipline has significant potential for good work. Our client, the International League of Conservation Photographers (www.ilcp.com), is hosting its regular Rapid Assessment Visual Expedition (RAVE) in September, in the Great Bear Rainforest in British Columbia. Our PR strategies will help stop a major environmental disaster and assist the First Nations tribes in protecting their ancestral land against the same global oil company responsible for the recent oil spill in Kalamazoo, Mich.

Facebook v. Google — Social network recommendations are predicted to supplant common search queries as the preferred method of getting information. We know this trend has massive implications for our clients, and we’re helping them capitalize on this seismic shift away from raw Google searches and toward social graphing.

Business are willing to parse out various components of PR needs to several agencies, which enables boutique agencies like Praecere to pivot against larger competitors. To capture that business, we’ve upped the ante with aggressive SEO that places our firm routinely in search results for many common PR-related inquiries, giving Praecere more visibility.

Now more than ever, PR has a seat position at the executive table. Whereas PR remained an afterthought even as recently as the immediate post-dot-com boom, everyone from moms-and-pops to major multi-nationals now recognize that if you don’t speak and communicate on your behalf, someone else will, thus depriving you of control over your own business image and perception. For PR, that means there’s always potential business, ­but also that creativity is the new currency in our industry. The agencies with the best ideas and thinking will consistently beat the competition.

Ideas may be great, but if they don’t match reality, they become worthless. Exemplary PR ideas aren’t necessarily backed by smart strategy, which means you must bring time, thought and care into the mix. At Praecere, we never rush ideas out just for the sake of doing so, whether it’s a thought leadership campaign or even a simple tweet. Everything we do has purpose and prior planning behind it. We also appreciate the aesthetic of perception and look outside the media world for inspiration. As creative professionals, we admire other creative industries and the composition, architecture and music that breaks down walls and starts movements. That’s how the best ideas come to life.

I assumed that my own network of professional connections, which I’d built up for more than 15 years of working in the political halls of power in Washington and Congress, would be enough to sustain my business. If only it were that easy! I now have learned that having prior business relationships is great, but true success requires a constant expansion of business connections, knocking on doors, events, meet-and-greets and persistence.

“The Prince” by Nicolo Machiavelli. Ostensibly written as a guidebook on how to rule ruthlessly, it’s really meant for a larger audience to understand how the world works around you, and how you can find opportunities to leverage the rules in your favor. As applied to the PR industry, we’ve used the same principles with Praecere clients and bring them into any greater conversation they want to be part of and learn how to take control of the dialogue.

Praecere practices crisis management, arguably the most anxious of all PR disciplines. We know that in crisis public relations, a pending negative media inquiry can drive any business crazy. Sometimes those inquiries come from mainstream media outlets, but other times they come from agenda-driven organizations. If you know that the outlet asking questions is going to throw you under the bus anyway, you must have the discipline to know it’s best not to answer.

Isn’t PR just a matter of good writing, which almost every business leader can do these days?

Chalk this one up to standard myths about the PR industry. In truth, PR is a discipline, and a hard one at that. You may think it’s easy to write a convincing op-ed or engaging press release, but how you leverage great amounts of media and publicity in your favor is what many businesses fail to consider. We’ve written about common PR fallacies at length on our blog, which you can read at http://praecere.com/public-relations-firm-pr-blog/five-myths-about-public-relations.

All the major PR firms are named after people, pillars in the PR industry. Why did you give your firm a brand name and not use your own name?

Because I didn’t start my firm with the idea of simply producing for myself. I view PR as a noble calling, to bring positive attention to the efforts of our clients. So why would I name the firm after myself? My philosophy is to achieve for my clients. If I can do that, then I will always succeed. Sometimes taking yourself out of the equation is really the best way to go.