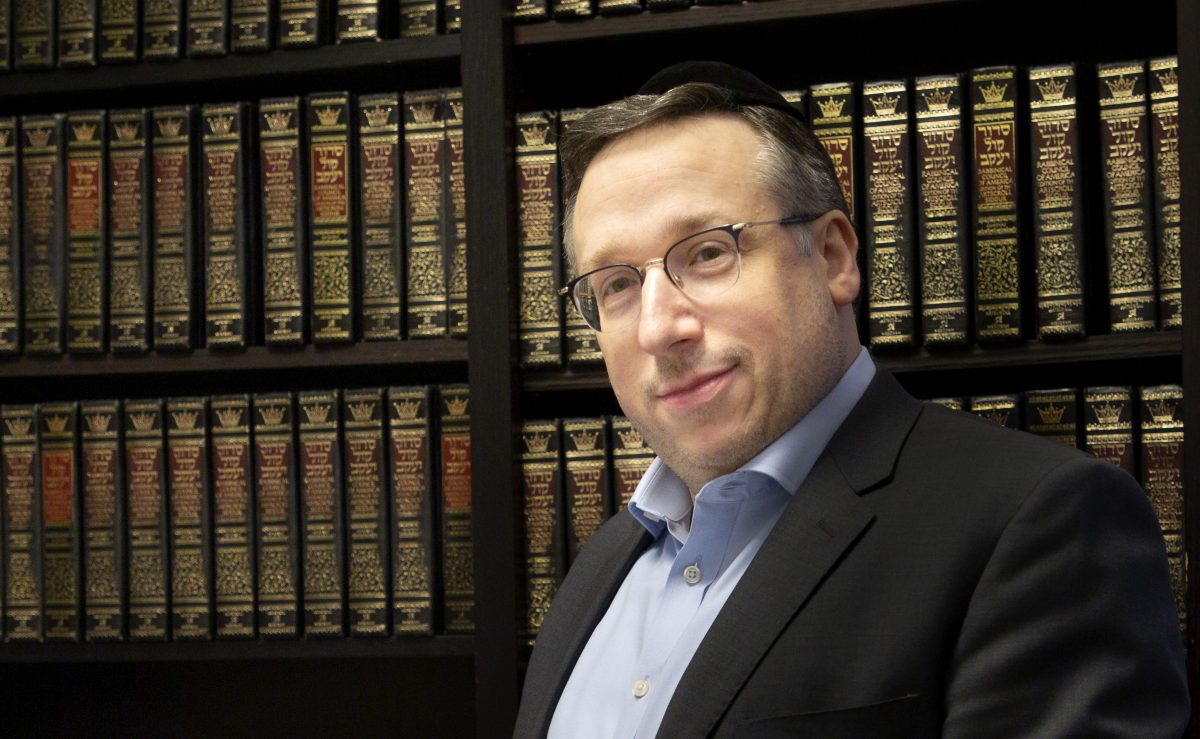 Music is the language of the soul.

Cantor Benny Rogosnitzky has experienced his world through the grace of music and his never-ending passion for music and the performing arts. He has been able to incorporate his passion and his career as a Cantor and leader of a prestigious New York synagogue.

As far back as he could remember, he had a love for music. Benny’s mother would often sing to him. Her beautiful and enchanting voice piqued his interest in music and the performing arts as a very young child.

Born the son of a well-known Rabbi in Liverpool, England, his family had the opportunity to experience life on several continents. His early schooling was spent in Amsterdam before moving to Johannesburg, South Africa. Benny flourished in this environment. There, he was able to learn about the ritual synagogue, Jewish life, and of equal importance, music.

The concept of performing either at a synagogue or a concert came naturally to Cantor Benny Rogosnitzky. When he was eight, he joined the choir at the Synagogue. By the time he was nine, he was singing as a child soloist at large venues. At times he was the main attraction, other times he would perform as a guest soloist.

At the age of 14, the family returned to England where Benny finished high school and enrolled in college. He attended the Royal Manchester School of Music where he pursued his music degree. Simultaneously, he learned to sing cantorial music, which is very specific music for the Jewish synagogue.

Cantor Benny Rogosnitzky landed his first official position at a synagogue at age fourteen almost by default when the synagogue’s Cantor was ill before the Jewish High Holidays. It was imperative to find a stand-in for the Cantor at the very last minute and Benny was their choice. Since that time, he has led services on weekends and the high holidays in the Jewish tradition.

Music is a very important part of Benny Rogosnitzky’s life, not only with traditional music. Cantorial music is a deliberate niche style of music. He enjoys all genres. He frequently attends Broadway shows and the opera. His excitement comes from the performance and mastery of each individual who has the ability to maintain a unique style and rhythm of music.

I believe the decision to become a Cantor evolved. It started as a passion. I didn’t realize that being a Cantor could be a profession until I walked into the synagogue in Johannesburg and saw for the very first time as a young child the magical performance of the Cantor in the choir. I was fascinated by his voice. He was a tenor. His name was Cantor Johnny Gluck. He was a relatively young man which piqued my interest as a child. I realized I could educate myself and study music. Once the audience believed in my talent and the Cantor believed I had some ability, the concept of having a career as a Cantor became the initial footprint for my career.

I do not follow a standard nine-to-five protocol. Being a Cantor means that you are a part of the clergy. My involvement is not strictly to music. A typical day starts with morning services at the Synagogue. It could go anywhere from attending lifecycle events such as funerals, bat mitzvah, happy occasions, sad occasions. I do a lot of pastoral work such as visiting people in the hospital or at their home. My singing often inspires them through some very dark and challenging times in their lives.

I study a lot and I research the internet to gain insight into what other cantors are doing. I have guest lectured at different musical schools, including the Juilliard in Manhattan. I am inspired by young talent and the ideas that they have. When I listen to a singer I pick-up on at least one musical thought or movement that I can incorporate into the services I offer.

The idea of bringing people together through music excites me very much.

I have the ability to pick up musical ideas relatively easily. I have a keen interest in learning. I am privileged to be in a great cantorial position; I serve at a very well-known and prestigious congregation. I listen with an open mind to ideas in all aspects of life, it could be a meeting, a musical presentation or a recital. I gain a lot of information and I can implement it very well.

I would tell my younger self as well as my current self, to use the music in a lighter sense. Use the music as a celebration or in a happy way, especially for children.

I am convinced that everyone has musical ability. It doesn’t mean that they will ultimately end up on a concert stage. Anyone who has an ear to hear the spoken word has musical ability. It could simply be for their family, or even in the shower. Music is the language of the soul. Nearly every person on this planet has some sort of musical talent that they can find a way to express.

Practice makes perfect. The voice is a very delicate muscle. To perfect your trade, you have to practice. You have to have a regimen to follow. Keep on practicing and rehearsing.

It was very hard for me to learn how to read music. I am not great at mathematical calculations which are required in music. I will not say I’ve mastered it to date. I have negotiated with my “musical ear.” I have brought calculations to a very basic level, one bar at a time, one chorus at a time. Slow but steady wins the race.

Marketing is the most critical thing to master with any business. You can have the best product in the world, but if you can’t market it properly, you won’t have a business. In the music industry, many brilliant performers don’t know how to stand on stage or sell their music to an audience. With the advent of social media people judge you in thirty seconds on YouTube or in an email, it is important to put your best foot forward. You never know who is on the other side. It may be someone who wants to hire you.

I often speak to my children about being sensitive to other people’s needs. We passed a couple of homeless people on our way out to dinner. We moved-on quickly but the kids brought it up as a topic of conversation over dinner. We had all agreed to contribute twenty dollars each after dinner. It was a good teaching opportunity. We went back to the homeless people and gave them the money. It was a meaningful moment.

CD Baby is software for musicians. It is a very easy platform for musicians to add music and then it can be shared with many other professionals. Both CD Baby and Facebook have been very helpful to me. You can take a concept and market it in a moment to thousands of people.

I would recommend the Bible. It shows how man has not changed in thousands of years. We all go through the same struggles. It makes us understand that part of life is to go through struggles as that is how we grow.

Joel Osteen: “Don’t just go through it, grow through it.”

● Music is the language of the soul.
● Nearly every person on this planet has some sort of musical talent that they can express.
● Use the music as a celebration or a happy way, especially for children.-Never stop — no matter how small the step, it’s always better than being still