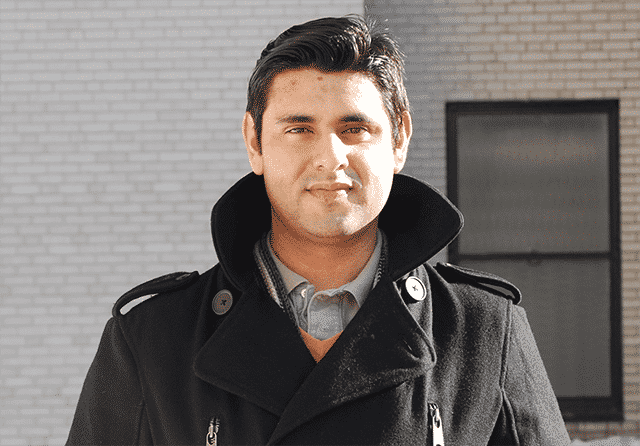 [quote style=”boxed”]Build a smaller product. We built waaaaay too much and paid for it in both time and money.[/quote]

Beto Juárez III is a native Texan and the technical co-founder for SpokeSwap.com a rental marketplace for audio visual equipment. He is a second-year MBA at MIT Sloan where he is writing a thesis on building innovation-based entrepreneurial communities. At MIT he also helps administer the Regional Entrepreneurship Acceleration Program (REAP) which helps regions around the world build their own entrepreneurial communities. Before school, he helped startups from Europe enter the US market and was lucky enough to earn his undergraduate degree from Stanford University. Beto enjoys new music, great cocktails, and singing to mariachi music at the top of his lungs.

Where did the idea for SpokeSwap.com come from?

It actually came a from a real life situation: In 2010 I was working for a small business and needed a projector for a client presentation. I first searched online and found a company in Kansas that rents out projectors for $99 a day plus $60 shipping. They needed seven days advanced notice and charged extra for cables and screens. Next, I called five local AV shops, but most closed after 5pm. I finally found a projector available for $300 a day. At that point, Stan, my co-founder, offered to rent me his projector which was gathering dust in his closet, for a better price than anybody else. My company saved a bunch of money and Stan earned some spending cash. We knew that this was something others would be interested in.

We are a marketplace whose main goal is to facilitate transactions. We make money by taking a small percentage of the transaction value of the rental.

Since I’m still finishing up my MBA, it’s a bit hectic as you can imagine. I am writing a thesis, so most of my class hours are spent on my own, slowly trying to add content to my thesis (which is due in less than a month!). I also help administer the Regional Entrepreneurship Acceleration Program (REAP) program run the through Martin Trust Center for MIT Entrepreneurship. I spend the remainder of my hours completely devoted to SpokeSwap. So I usually end up splitting my days in half – one half to MIT, one half to SpokeSwap.

It’s a lot less glamorous as many would have you think. This is how my co-founder and I build: We talk through an idea and determine if it’s worth pursuing based on our current focus. We then design it very roughly (read: ugly, very rough). We then start building. I’m a self-taught engineer, so I can do a lot on my own. But sometimes we bring in our outsourced team in India to hep out with more back-end stuff (which they can accomplish much faster than I can). Then we continue to refine until we are happy or we find out that the whole endeavor was not worthwhile. Of course, that has happened way too often.

I got a call the other day from my uncle who happily reported to me that he saw a piece on collaborative consumption come on the Today Show. This follow a large headline piece in The Economist last month. Our model is moving into the mainstream and that is helping us in something that other companies have had tremendous difficulty with – simply explaining the concept of shared access. The more the everyday American knows about how companies like ours work, the more we can concentrate on bringing real growth to drive our company forward.

Most of my business school classmates would probably hold it against me for not pointing out my very errant journey into management consulting. But I’d rather point to my first official job I had when I was sixteen, working as a stock boy at Limited Too. For those that don’t know, Limited Too is a little girls’ clothing company. Every day I stood on my feet, unpacking glittery twee crap – including little girls’ underwear – and talking to Mexican nationals in the front of the house because the South Texas retail outlet had no other Spanish speakers (how they accomplished this feat in San Antonio, TX is still beyond me). It was difficult, annoying, low-paying labor. But at the end of the summer I bought myself a brand new Ibanez AX-125 electric guitar and I still play it every chance I get. Worth every minute.

Build a smaller product. We built waaaaay too much and paid for it in both time and money.

Answer customer service calls / visit the customer. I still do this every day because I have to. When we hire more people I will want everybody (seriously) to do a stint in customer service.

A few years ago, my current co-founder and I decided we wanted to have blazers in our school colors so that we could go to football games and not be forced to wear ugly gym shorts or t-shirts. We figured we could sell some too. We got very far, only stumbling on the minimum number that a sewer wanted to have us order. We let it die for two years. In our spare time we are currently picking it back up, searching for a new sewer. The lesson is this – there is too much emphasis these days on the pivot and “failing fast.” Real entrepreneurs encounter insane road blocks all the time. Push through. That’s the whole point of this crazy journey.

I actually have a list of these in my Google Docs called “killer ideas.” I share this list with every wantrapreneur I meet (who mostly claim they “just don’t have any good ideas”). Here are a couple of good ones: 1) Skype killer, 2) database of people’s cognitive styles (for salespeople), 3) plug and play fraud detection based on standard distribution of events. (Can you tell I’ve been at MIT for the past couple of years?)

I would change the immigration policy in the US in line with the goals of the Starup Visa Act and to allow undocumented workers a path to citizenship. Actually, this needs to happen soon in reality. Our economy depends on it.

The Entrepreneur’s Guide to Customer Development: A cheat sheet to The Four Steps to the Epiphany . Gold for the first steps in product and company building. Also, it’s short and I’ve reread it three times.

1. @km is a classmate of mine from Stanford and always posts the most interesting links that you haven’t seen anywhere else.
2. @firstround cuts through the usual startup Twitter BS and puts out great content.
3. @kellyoxford. Girl will make you laugh.

Just read one of @kellyoxford’s tweets.

Going to be typical here and say Steve Jobs, but not for the typical reasons. It’s because he never, ever, let road blocks get in his way, and it’s something I have to remind myself to do all the time.

Why are spending so much money to go to school and not taking a real job with a real salary afterwards?

You did that once. How did it turn out then? Exactly.

What’s the best band you’ve seen in the past few months?