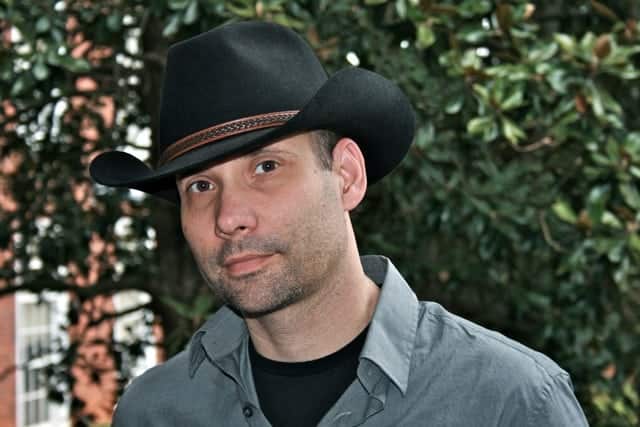 [quote style=”boxed”]I would tell myself to be more patient. Nothing that is worth something ever comes easy.[/quote]

Billy Coffey is the author of three novels, the third of which will be published by Thomas Nelson in May, 2013. He is married to a fourth-grade teacher and has two children, a daughter who is ten and a son who just turned eight.

I’m working on my fourth novel that explores the murder of a young boy twenty years ago and how the remorse felt by those responsible has enveloped their lives.

Where did the idea for your book come from?

For years I considered regret and remorse synonymous. They’re not. Regrets involve things you didn’t do but should, while remorse involves those things you did but shouldn’t. I believe both are typical for all human beings, and I believe that remorse hurts far worse.

I listen. A lot. And once I’m done listening, I sit down and write a lot. And then I cross out a lot of that and write a lot more. Then I get rid of all the words I don’t think belong. What’s left is the idea I want to put forth.

More and more, science is beginning to hone in on the idea that we are all connected in more ways than we’ve ever dreamed. What happens in some remote corner of the world can in time affect all of us. Our world is shrinking. That’s a scary thought. It’s also a supremely hopeful one.

I worked in a factory for five years. A guy like me enjoys being outside, enjoys silence. Factory work is the complete opposite of both of those things. But I did it anyway, because the pay was three times as much as I’d ever earned in my life. I finally left when I discovered that I could make all the money in the world and still be miserable. Best decision I ever made.

I would tell myself to be more patient. Nothing that is worth something ever comes easy.

I’m always searching for a good idea, and I’ve found they often come by means of a new way of seeing things. I try not to be content with the same old. If I find something I like, the first question I ask is how it could be done better.

Few things are more problematic in any field than disappointment. Writers must confront it often, sometimes on a daily basis. A “No” from an editor or agent used to nearly destroy me until I finally stumbled upon the one secret to success—always try one more time.

Few things bug me more than the Us vs. Them mentality that so many people (including myself) tend to have. I think it’s important for everyone to understand our common humanity—that despite who we are on the outside, on the inside we all love, we’re all struggling, and we all want to make a world that is better for our children.

Clowns scare the heck outta me.

I can’t count the ways in which Google is my favorite thing. Publishers Weekly helps me keep up with the goings on in my profession. And I love the Drudge Report for those quirky little news bits that often grow into stories.

If you’re a writer, the one book you need is Stephen King’s On Writing. I read it at least twice a year, and it never gets old.

Both Big Questions Online (@BQ_Online) and Arts and Letters Daily (@aldaily) are great resources for new innovations and ideas. If you’re a writer and want to keep track of all things in the publishing world, Galley Cat (@GalleyCat) is wonderful.

I had a headache the other day. My son called and asked me how I was. When I told him, he sang Soft Kitty to me over the phone to make me feel better.

My father. He had to quit school in the eighth grade to take care of his family, but he worked hard, found a career, and provided well for his wife and children. He’s the best man I know.