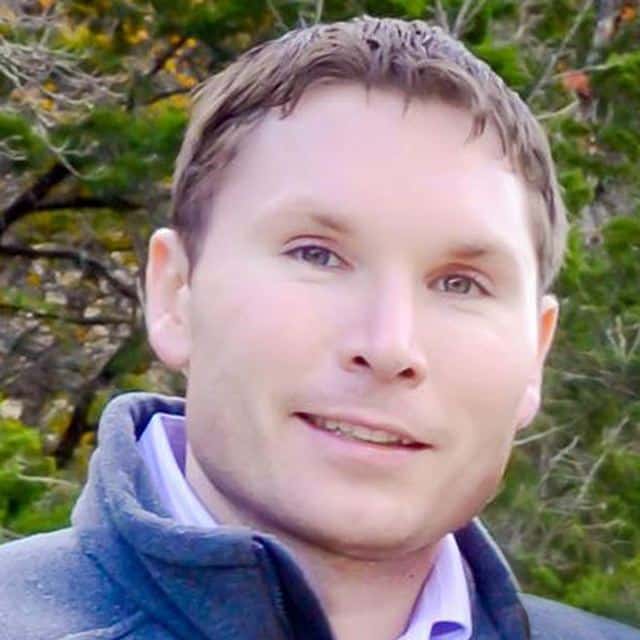 Blake Hall, an Army Ranger, is the Founder and CEO of ID.me, a digital identity network that empowers individuals to prove their identity and group affiliations while controlling how their information is shared online. Blake led a battalion reconnaissance platoon in Iraq for fifteen months during 2006 – 2007. He was awarded the Bronze Star with Valor for leading his men during a firefight against insurgents in an action senior commanders credited with saving twenty American lives. Blake has written for The Washington Post, The Wall Street Journal, Foreign Policy, Forbes, The Huffington Post and DC Magazine. Blake is a frequent contributor to programs hosted by Public Radio International and syndicated on NPR and the BBC.Thanks to The Economist, he is also the first Google result for the phrase “muscly entrepreneur.” Blake attained a Bachelor of Science magn a cum laude from Vanderbilt University and an MBA from Harvard Business School.

I’m working on ID.me, which is a digital identity card that empowers individuals to prove who they are online and to get access to exclusive benefits and discounts if they belong to certain groups like Military, Students, First Responders. We want to make the web a more trusted place by putting individuals in control of how their information is shared by facilitating transparent exchanges with marketers.

Where did the idea for ID.me come from?

I’m a former Army Ranger. After I finished a 15 month tour in Iraq, I met another Army Ranger, Matt Thompson. We founded TroopSwap.com after we noticed that service members and veterans were both unable to access free benefits from organizations online. In one case, we observed a leading technology company distributing free eLearning vouchers to veterans but requiring them to show up in person at a government office with paperwork to claim them. That seemed to defeat the purpose of an eLearning voucher to us. At first, we thought that brands would want a gated destination site for Military/Veterans, hence TroopSwap.com but it turns out they were more interested in verifying on their own website or mobile apps via an API. We validated some assumptions with a Single Sign On for Military, Troop ID, before releasing ID.me which will support a number of use cases to include primary identity verification as well as verifying Students and First Responders. We want to flip the current ecosystem by putting customers in control of their data instead of the marketer.

We make money by licensing our verification technology which ensures a consistent customer experience for brands across channels. We also make money by driving distribution to the programs through TroopSwap.com and our channel partnerships.

There is no typical day but if I’m awake I’m working. When I’m not traveling, I’ll work til about 3 in the morning, wake up around 8:30, knock out e-mail for an hour, drive from downtown DC to our office in McLean, VA and come back around 7 PM at night. The only thing that is typical about my day is that I get to work with amazing, talented, nice people who believe that together we can change the world.

The emergence of digital identity. The fundamental disadvantage of the internet has been a lack of trust. We are on our way to changing that status quo so individuals are empowered and the web is generally safer.

I would have started a company earlier.

Product/Market fit is always the goal for any entrepreneur. To get there, I believe in clearly writing down my assumptions about what needs to happen in order to win. As those assumptions are confirmed or denied, the team should have a clear understanding of what the new path forward and the new assumptions are to win. Without this (rapid) feedback loop, you’ll have a hard time.

I was very naive when I first started building the company. Luckily, I had a mentor, Kelly Perdew, who kept me from making serious mistakes and my investors trusted that I would be able to figure things out. I’m awed and grateful for that trust every day.

I’m doing what I love. I honestly haven’t thought about another business.

If I could change one thing I would want the sick to be well. Obviously, I’m not going to do that but I think Charity Water is doing incredible things to get clean water to people in need.

Steve Blank’s Four Steps to the Epiphany. It provides a framework for customer and product development.

Today. Talking with friends about one of my buddies who took his shirt off at the beach and got booed.

Sam Damon from Anton Myrer’s Once an Eagle or, in real-life, General Eric Shinseki. Both men chose the harder right even though they could have walked easier paths that would have advanced their own interests.