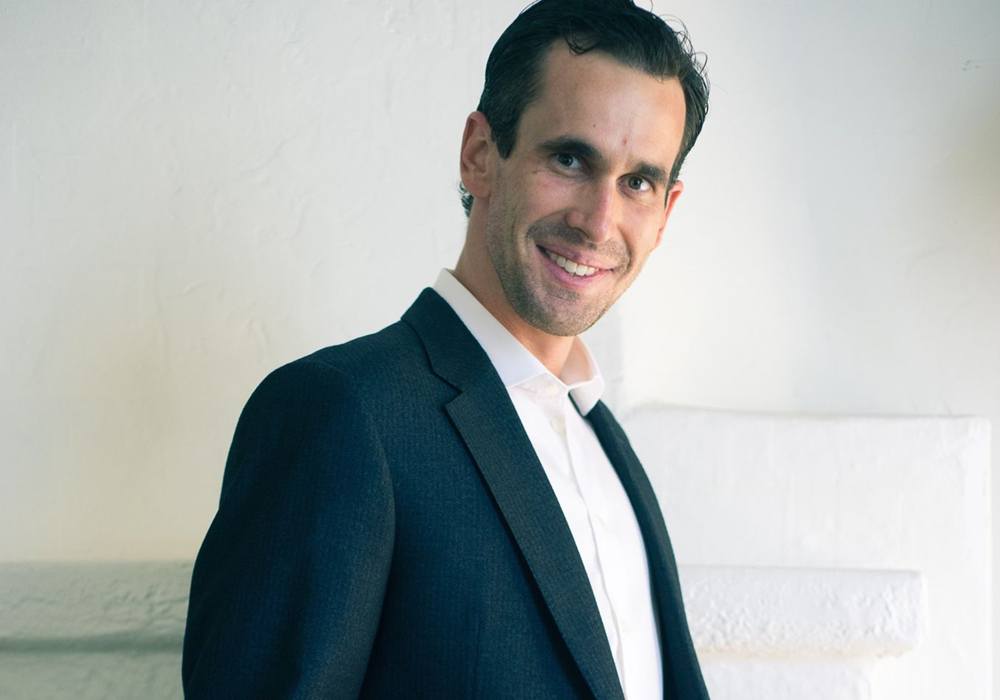 I constantly write down my ideas. Getting ideas out of my head and onto paper helps me mark them off of my mental to-do list and take action on them later. There’s supposedly an ancient Chinese proverb about this that I like: “The weakest ink is better than the strongest memory.”

Raised in East Tennessee, Brian David Crane got his entrepreneurial start at age 12. After his father came home with a riding lawn mower in the back of the family minivan instead of the yellow mountain bike Brian craved, he started his first business, Brian’s Windridge Lawn Care, with just the mower, a rake, and a dream.

At 16, tired of applying aloe to sunburns, Brian stopped cutting grass and started recycling printer cartridges when he co-founded Cash4Cartridges USA. He grew the company while at the University of Tennessee and sold it shortly after returning from living abroad in Argentina for a year.

After college, Brian moved to Silicon Valley to take part in the original leadership team at Inflection. Thanks to several amazing mentors, he learned how to build and profitably scale web properties. To date, he’s helped launch four multimillion-dollar digital brands, including Archives, which was bought by Ancestry.com for $100 million three years after its launch.

Now, Brian is focused on making CallerSmart the best app for helping with unknown or unwanted phone calls and texts. Imagine that — no more mystery numbers on your caller ID or suspicious texts sent to your iPhone!

Brian travels with several of his closest friends and works from different cities worldwide, changing locations every few months. This started after he sold most of his possessions — except his beloved Piaggio and his treadmill desk — to pursue a more holistic lifestyle.

Inspired to make the world a better place, Brian loves to connect and collaborate with talented people across the globe.

Where did the idea for CallerSmart come from?

During a trip to Vietnam with some friends, I watched them compete via Foursquare to unlock new badges everywhere we went. Prior to that, I’d been toying with the idea of how to build a solution to the iPhone’s caller ID problem. I knew we needed a way to get potential users excited about helping one another keep our 600 million U.S. phone listings accurate and up-to-date for everyone. That experience was the genesis for gamifying one shared phone book among all users.

Every morning, I start with a quiet no-tech time that includes drinking Bulletproof coffee and two or three liters of water. Then, I do pushups and squats, shower, and mediate. For the next four or five hours, I work. Because of all the high-quality fat in my Bulletproof coffee, I’m super sharp (and full) until lunchtime.

For lunch, I like going for a long, healthy lunch with friends or with my Kindle. It’s my chance to mentally disconnect from work mode.

In the afternoon, I do cleanup work with an eye toward getting away from technology to do something physically active. I was learning zouk (a Brazilian partner dance) and futevôlei (a hybrid of beach volleyball and soccer) in Rio de Janeiro, and now I’ve gotten into Zumba. I’m always on the lookout for a friendly soccer or basketball game.

In the evening, I like to have dinner with friends. Adventure and exploration, meditation, and writing in my gratitude journal before turning out the lights are key components of my nightly routine.

I constantly write down my ideas. Getting ideas out of my head and onto paper helps me mark them off of my mental to-do list and take action on them later. There’s supposedly an ancient Chinese proverb about this that I like: “The weakest ink is better than the strongest memory.”

Bitcoin. Currency competition with fiat, central bank-controlled money is healthy for everyone. Bitcoin is the most exciting thing to happen to money in a long, long time.

The movement toward the “quantified self” also fascinates me. What gets measured gets attention. Right now, it’s easier for me to see statistics about how our website or app is doing than it is for me to see how my body is doing. That’s nuts! So I’m excited to see this trend toward capturing and getting access to more useful data about our own bodies. The more we know, the better we can take care of ourselves.

Nightly gratitude practice, which is something I learned from Strategic Coach. Every night before bed, I write down five things I’m proud of from the day (usually things I accomplished, but not always), which helps keep my confidence up and end the day on a positive note.

Being a server at The Melting Pot. The environment wasn’t healthy for me. I also realized I’m a morning person, not a night person.

I would listen to my gut more about who to hire (and who not to hire). Bringing on non-A players slows down an entire team.

Write everything down, and take copious notes. I love my iCloud account and Notes app because I can write notes on my iPhone, and they automatically sync with my Macbook. This gets ideas, to-do lists, etc. out of my head and onto paper so I can mentally shut it off.

Holistically, asking for help, being vulnerable about what’s not working, and assisting others when they ask for help has been huge.

Tactically, we focused a lot of attention on optimization early on so our app would rank organically in the App Store for generic terms we knew were important to us.

I sold Cash4Cartridges USA after graduating college. Then — flush with cash and unsure about what to do — I went out and lost all the money I’d made from the sale (and more) in the stock market. Trading stocks made me miserable. My emotions fluctuated with how the portfolio performed on a daily basis.

I would love to see treadmill desks in co-working spaces. They’re just a healthier way to work. I’d pay more for that type of desk.

A massage at an Asian foot spa. It’s the best thing known to man for relaxing, and it costs a lot less than traditional massage places. I love the little bucket of hot water they put your feet into to start out the treatment. Plus, it’s fun to introduce friends to these places because if you’ve never been to Asia, it can be an experience.

I use Confluence for project specs and InVision for designs because they allow our distributed team to better collaborate.

“A Lodging of Wayfaring Men” by Paul Rosenberg is a fascinating fictional story about individuals who consciously create a new society they love. Published in 2009 (right before Bitcoin started to really gain traction), it’s an inspiring read about what’s humanly possible when freedom seekers band together.