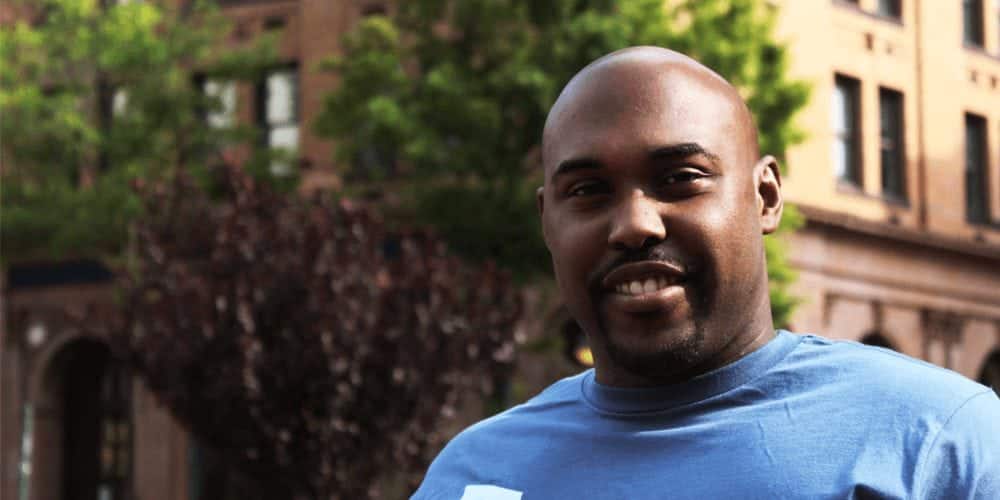 [quote style=”boxed”]If I could change one thing in the world, I would make it easier for jam sessions to occur any where in the world at the point of inspiration. [/quote]

Byron Morgan is the Founder and Chief Executive Officer of Vinylmint. Vinylmint is a web-based application that allows users to crowd-source the sound design process, virtually eliminating the need for two musicians to be in the same studio at the same time. Vinylmint was inspired by Byron’s 8 years of experience in the media and entertainment industry working in various sectors that included distribution strategy and digital marketing with the Virginian-Pilot Media Companies Targeted Publications Division, mobile product strategy at Cox Communications, private event promotions with ClearChannel, and more recently digital music distribution with Universal/Fontana/Kedar Entertainment Group. Collectively, these experiences have provided Byron a well-rounded perspective of the technological changes of the global media business, an understanding of feasible solutions to solve industry problems, and a network of industry leaders and tastemakers to implement his ideas.

Byron is also a successful music producer. He negotiated and secured a multi-year distribution deal with Amway Global to distribute music to a network of over 10,000+ buyers. Byron set a precedent for Amway by successfully selling 30,000+ units of the two musical LPs entitled “The Movement” and “The Movement 2”. Byron also composed, produced and arranged over 60% of the music distributed to this audience.

Byron is a graduate of the Mason School of Business at the College of William & Mary. Byron has a BBA in Process Management and Consulting with a concentration in Entrepreneurship. While running Vinylmint, Byron is a Professor at Tidewater Community College where he teaches Entrepreneurial Studies and Marketing.

Where did the idea for Vinylmint come from?

Vinylmint was birthed from the Founder’s experiences throughout the media industry. Byron has had several experiences across the spectrum of the media business and saw how sound was being used. However, the process of discovering new sounds and purchasing new sounds has always been an antiquated process that can be quite expensive.

Ideas usually come from creative sessions with my board of advisors, things that I read about market trends, or conversations with my team based on a customers request. Thereafter, we immediately measure the cost and time to implement. If those things align with typical development cycles and customer pains, we implement it.

One trend that really excites me is the growing class of workers for hire. This is a positive sign for our economy because we are developing a more self-sufficient population who are skilled, intelligent, and creative. This will make larger enterprises adapt quicker or be destroyed by more nimble competitors. This opens up opportunities to compete in markets typically closed by high barriers to entry easier to penetrate. Ultimately, creating more opportunities for entrepreneurs and younger talent entering the workforce.

As an entrepreneur, the one thing that I do over and over again and recommend to others is to continuously refine your routine. Routines create a predictable pattern of results. A routine will birth a habit, and habits remain with you forever. Habits are the activities our brains remember, and the actions we produce when are forced to think quickly. So in order to produce positive results, you must have positive habits. In order to create positive habits, you must have a routine that allows you to measure the success of your actions.

The biggest failure that I had as an entrepreneur was with Version 1 of the Vinylmint launch. With Version 1 we made some assumptions that were good for community growth, but bad for the actual monetization of the site. We ran out of money and were forced into a pivot that proved to be quite successful. Amidst our failures, we had time to experiment and identify new ways of take the business. After validating the revenue model change by receiving paying customers within our current community, taking a deeper dive into the market, and observing the patterns in customer trends, we sprinted in the new direction. Experiment early and often until you find your consistent revenue source. After the revenue source has been discovered stabilize it, and continue to experiment until you can stabilize another revenue source. Continue this process over and over again. This is how successful companies build scale.

If I could change one thing in the world, I would make it easier for jam sessions to occur any where in the world at the point of inspiration. Sound is a universal method of bringing people together. Sound allows us to feel the same emotion at the same time. Making it easier to collaborate across boundaries will allow us to share emotions faster and more intimately. I hope to do this with Vinylmint as we continue to progress through the changing landscape of the media business.

I started writing and producing music when I was 16. My junior year in college I started a record label called Positive Controversy that produced to albums that sold over 20,000 records.

My three favorite online tools are as follows:
– Google
– LinkedIn
– Facebook
These are all great sources for lead generation, due diligences, and reference checks. Working in a startup, you must always have access to information on the fly. These three sources are a great starting point for general research.

Everyone should read Peaks and Valleys by Spencer Johnson. It is a great story about identifying and finding balance within the highs and lows. Recognize your lows as plateau periods before your next high. Use your high periods to survey the land for your next opportunity.

Russell Simmons, is one of the most inspirational people on Twitter and provides a daily dose of quotes for personal growth.

Elliot Wilson, is major voice in the hip-hop world writing for several successful magazines, a major hip-hop blog, and one of the most coveted Twitter feeds in ubran music.

Fast Company, is one of my favorite publications and is a labyrinth of information on many topics surrounding leadership, creativity, innovation, design, and market trends.

I get a good laugh everyday. My girlfriend and I always find ways to make each other laugh, and believe that we should always go to sleep with a smile or a good laugh. She is taking improvisation classes for standup comedy. As of right now, I am her only partner. It’s hilarious because we are both pretty spontaneous and she lives in the heart of New York, where there is never a dull day. We create sketches from a lot of our random experiences on New York subways.

My hero is Marcus Garvey. Marcus was a Jamaican political leader, publisher, journalist, entrepreneur, and orator who was a staunch proponent of the Black nationalism and Pan-Africanism movements, to which end he founded the Universal Negro Improvement Association and African Communities League (UNIA-ACL). He founded the Black Star Line, part of the Back-to-Africa movement, which promoted the return of the African diaspora to their ancestral lands.

Garvey is known as a leading political figure because of his determination to fight for the unity of African Americans by creating the Universal Negro Improvement Association and rallying to gather supporters to fight. With this group he touched upon many topics such as education, the economy and social equality.

What motivates you to succeed?

It is important to me to be a new example of African-American success. There are so many negative stereotypes that surround black men. I want to be an active and accessible example of success in an industry where blacks are underrepresented. They need greater access to black figures who are decision makers [in the media and information technology industries] to break into advance technology or media executive suites. I hope to be that bridge. This is what motivates me to succeed.