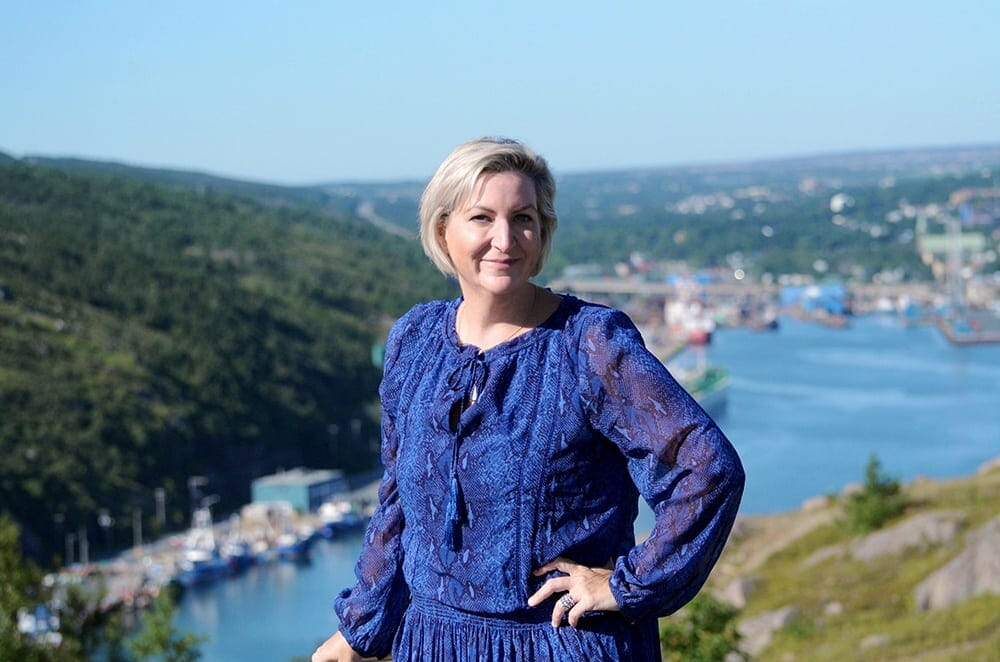 Art and culture should be accessible and available to everyone. They are essential to our social fabric.”

Cheryl Hickman is the General and Artistic Director of Opera on the Avalon (Newfoundland), a company which she founded in 2009. She has been the Artistic Director since it’s inception and took on the role of General Director in 2014. Cheryl is responsible for Atlantic Canada’s first grand opera commission, and has helped Opera on the Avalon to win numerous awards, including BMO/ Arts NL Artist of the year in 2017.

Her tenure at Opera on the Avalon has seen critical acclaim for her bold and challenging programming, particularly in terms of her approach to turning history into art as part of a dialogue about the relevance of opera in today’s society. She has successfully made the case that traditional operas should also be a source of contemporary excitement and relevance for the people of her region as well as the country.

As both a performer and an administrator she has consistently championed women artists, establishing professional mentorships and development opportunities for female conductors, composers, librettists, directors, production staff, and administration. She has created local programming that has resulted in employment partnerships with the Government of Newfoundland’s Job Creation Partnership Program, ensuring the presence, development and participation of regional artists and artisans.

In 2017 Ms. Hickman was appointed to the Canada Council for the Arts, and is the current chair of the Governance Committee. She has been Chair of the Board for Opera.ca since 2015, having previously served as Vice Chair. She was appointed to the City of St. John’s Arts Advisory Board in 2015. Most significantly, in the past seven years she has led successful negotiations with provincial and federal governments and agencies to secure $3.5 million of investment towards increasing access to the arts. This funding has enabled Opera on the Avalon to offer inclusive, multidisciplinary performances that are accessible to audiences in rural areas, Indigenous people, youth, minority-language communities, new arrivals and people with disabilities.

Cheryl studied Music and Opera at the University of Toronto (1988-95) followed by a Masters of Music (Honors) at The Juilliard School (1995-97). She was awarded a placement as a young artist at the Juilliard Opera Centre, before returning home to Canada as member of the Canadian Opera Company Ensemble.

Where did the idea for Opera on the Avalon come from?

I was frustrated by the lack of opportunity for people in community to see opera, and for singers to perform in this genre. I went for lunch with a friend, and the idea for the company was born on a napkin!

There is no typical day in my line of work, especially if I am in production. That being said my usual schedule consists of any of the following: planning future productions and events, researching repertoire, hearing auditions and attending performances, meeting with our marketing and development teams, and working with members of our organization and community to brainstorm innovating and exciting ways that we can make our organization reflect and serve the community we live in.

The trend of engaging new audiences with new and contemporary works that speak to our collective universal, human experience.

I meditate everyday. It keeps me focused, and calm. My brain never tends to shut off, so it’s a way to focus on what is important, and also helps to keep me balanced.

Not every fight is worth fighting.

Ah, the Peter Thiel question. I would say that idea that art and culture are luxuries. Art and culture should be accessible and available to everyone. They are essential to our social fabric.

Telling our own stories through new works and commissions, reflecting the diversity of our community through the work we do, and engaging that community in the work we do is central to our success as a cultural industry. New work helps us engage with the culture and community at large, and build younger and more diverse audiences that will sustain our art form into the future.

One failure that I have had as an entrepreneur was to not fully and properly address an ad campaign that caused harm to members of our community. While our intentions were good, the campaign still caused harm. We took ownership, and also invested in concrete steps to address the flaws in our advertising procedures, to prevent this sort of thing from happening again.

A company that provides multiple freelance services of all sorts – one stop shopping for any and all needs.

In honour of the memory of a great Canadian, I donated $100 to the Gord Downie and Chanie Wenjack Fund. We all need to become catalysts for change, and establish paths of communication and reconciliation between Indigenous peoples and non-Indigenous peoples.

Lisa Moore’s February. She writes so beautifully and elegantly, and her skill as a writer lies in making you not only feel empathy for her characters, but goes deeper to a more more significant level of understanding. You feel the emotions they feel, and you recognize their truth as your own lived experience as well. Recognizing the universal truth of what it is to be human in others is the essence of what it means to be a human being.

“Music can name the unnameable, and communicate the unknowable.” Leonard Bernstein