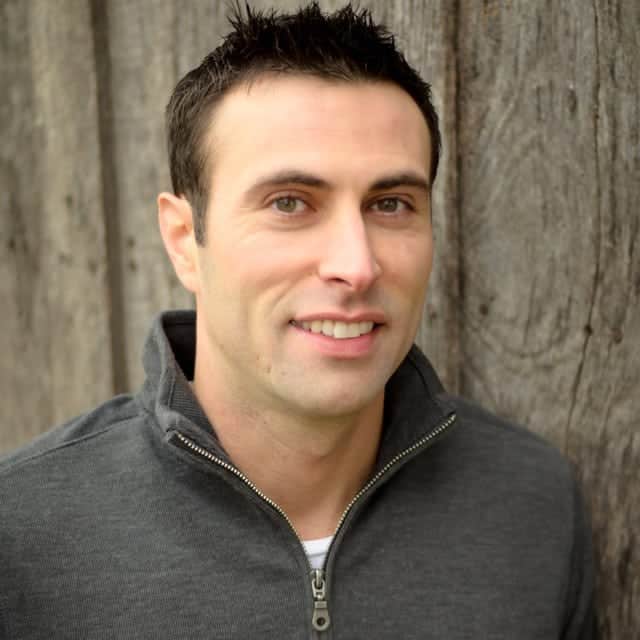 [quote style=”boxed”]My wife and I have agreed that I am not allowed to work on more than three projects of any kind at one time. I have found this narrowing of my focus has really helped me to be more engaged.[/quote]

Chris Brown is a serial entrepreneurial who has started and sold several businesses since his departure from corporate life. He began his pursuits in 2005 with an online yellow pages directory, which expanded into an online marketing company. He started and owned a digital signage company, and still runs an outdoor advertising company. He was the publisher of a magazine and is a published author of a personal finance book titled Debt Free Diet. His latest venture is a startup called eKrowd.com, which is a platform for crowd-sourced buying.

My current company is eKrowd.com. I like to say the easiest way to understand what we do is to mix Pinterest, Groupon and Priceline. Ekrowd.com is a fun and social way to “group buy” anything. We provide a platform for people to join forces and buy, using the power of the “krowd.” You say what, when and how much. Buying together saves you money. Whether you are looking for a North Face jacket, a Coach purse or ski lift tickets, we will help. Many businesses already give discounts on large orders, whether that means 10 hotel rooms, 20 computers or something else. This is a unique way to organize individuals to get that group discount. The bigger the “krowd,” the more power we have. It’s not a 50% off only business. It’s a reasonable discount business.

Where did the idea for eKrowd.com come from?

I had the idea several years back. I have always been one to negotiate deals, which embarrasses my wife quite often. I was in the market for a new Trek Madone Bicycle, a high-end bike that wasn’t cheap. I asked the store owner if he could give me a discount. He said,”I can give you 10% off and a free water bottle.” I looked at him and said, “This is a $7,000 bike. What if I bought five bikes?” He looked at me and asked why I would do that. He then ran some numbers and said he could give me almost 40% off. So I made a few calls and talked to some people in my riding clubs, and sold five bikes in less than five days. It was a great deal for everyone. We all won. The bike shop made up for the lower margin in volume and new customers. The buyers won because they got the bikes they wanted at a great price.

I get up by 6:00 a.m. to eat and check email, look at my plan for the day and head to the Iceberg, our local co-working facility. I then try to touch base with everyone on the team to see what they are working on for that day or week. Then a lot of my time is spent in meetings with potential investors, advisers and writers. I always try to break by 4:30 to do Crossfit, which keeps my mind and body refreshed. Then I go home to see my wife and play with my 3-year-old little girl. I play lots of tag and hide-and-seek. I finish up with work after she is in bed.

First, I write them down. Ideas look so much different once you put them on paper or on a whiteboard. ( I love whiteboards, by the way.) Doing so makes me question my ideas from many angles. I think about who my customer is, what is my goal is, how I will make money, who can help, what will stop me, etc. I usually try to bring others in on this process, once I have vetted out my initial thoughts and have a little bit of clear direction. I like people to challenge my thoughts and and my ideas. I am often wrong, and others bring insight to problems. The first person I seek advice from is usually my wife. If she has a gut feeling, I try to listen to it. Her intuition is often right, and it saves me money most of the time. Once I map an idea out and lay out the goals, it’s execution time. That’s when the fun begins.

The crowd-sourced movement. The technology that’s coming around is letting the consumer gain control, especially via mobile devices.

It wasn’t the worst, but it was the hardest. I worked on a ranch as farmhand. I shoveled lots of manure and worked outside in 100-degree heat all summer. I learned a ton. But I decided that college was a good place for me, as I enjoyed using my mind just a little more than using my muscles (for work, that is). Although I often find myself sometimes wanting to spend a hard day working on the farm to clear my mind. I would like to have a small farm some day.

I would narrow my focus on eKrowd even further. Not trying to do too much is always hard. It’s always a problem for those with ideas. I am constantly trying to get better about it. I would also learn to code. I really see that skill set as valuable for me to have.

Ask questions and keep moving. I try to meet with anyone I can, and I always ask questions. I usually learn something. I believe that when you get stuck, movement often creates motivation. And a lot of times, entrepreneurs get stuck and then can’t move because of fear. Many times I just need to take that first step to get back on track.

Resources (or a lack thereof) are always a problem when you’re an entrepreneur. We believe in making sure everyone clearly understands our vision and what we are really dealing with.

People need to understand that the government is not—and will never be—the answer to humanity’s problems. We as individuals need to come together to fix those problems. Each person has to do his or her part in an area of conviction or passion for them. We need to quit relying on someone else to take the responsibility for whatever it is.

I cant because if I did it wouldn’t be a secret! And I am a man of my word. But there is second part to eKrowd that we took out before the launch; it will be its own stand-alone business, to be launched later this year.

This is actually a hard one because I love to read. The book is called Fearless, and it’s a true story about the life of Adam Brown, a Navy SEAL Team Six operator, and his life. This book is amazing inspiration for any entrepreneur; it gave me a whole new perspective on obstacles that I think are too big. The courage, heart and perseverance this guy had was simply amazing. It’s a must-read.

One of the joys of having a three-year-old is there is never a shortage of things to laugh at or about. She is constantly saying things that don’t make sense or are very close to making sense but aren’t totally correct. In her mind, though, she is always clear about what she says. It makes me think of the song from the Broadway movie Annie, and the line in the song “Tomorrow” where she means to say, “Bet your bottom dollar that tomorrow” and she instead sings it as, “Pat your bottom dollar” with confidence.

Jesus. If you think about Him as a person, the guy was arrested, beaten and ultimately murdered, but had such a purpose and never lost it.

My wife and I have agreed that I am not allowed to work on more than three projects of any kind at one time. I have found this narrowing of my focus has really helped me to be more engaged. The most successful people I have studied had singular missions or purposes that drove them. I hope to get there soon.

Whats the one thing in your personal life that has helped you follow your dream and live the life you want?

I am a big advocate of financial education. I believe one of the major things I did correctly very early on in my life was get my financial life under control. I have no debt and do whatever it takes to avoid it. I believe debt and financial strains cause people to make poor decisions that they would not make under different circumstance. I also live on a very tight budget. It’s very freeing to not be worried about feeding your family or losing your house each month.