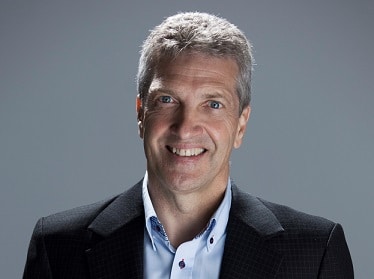 Cliff Walker is an entrepreneur with a distinguished reputation as one of the world’s elite network marketers. With decades of experience, Walker specializes in guiding individuals from the corporate world to a life of entrepreneurial freedom, having once made the move himself after a highly successful corporate career.

Walker is a diamond director and top income earner with Jeunesse Global, a Florida-based network marketing company. He uses a no-nonsense, process-driven training style that enables budding entrepreneurs to forge a new career path and leave the corporate grind behind.

Cliff Walker’s system, the “Collaborative Marketing Process for Financial Freedom,” is a unique blend of traditional business processes combined with cutting-edge home business strategies, personal development and business coaching. It has proven highly effective at delivering predictable results and minimizing the risks associated with pursuing a reimagined career and lifestyle. Through this system, Walker empowers enterprising entrepreneurs to work from home, set their own schedules and build a revenue stream resulting from hard work and outcomes, rather than the political negotiations of the corporate labyrinth.

A native of the United Kingdom, Cliff Walker became an independent network marketing distributor, coach and trainer in 1997. He notably earned distinction as the top earner with Euphony, a telecommunications firm, and the top income earner in Europe with Fuel Freedom International, a fuel saving company.

Prior to that, Walker enjoyed a long, successful career in the corporate world. He began his career in 1984 as a regional sales manager for Fort Sterling Ltd., Britain’s largest manufacturer of recycled paper products. In 1987 he assumed the same position at United Distillers, based in the North West. Walker went on to head up the Sales Training department and moved into a management training role, where he was responsible for creating the Knowledge Program, which impacts 14,000 people globally.

Cliff Walker hosts his own masterclass and has authored two books on entrepreneurship, “The Mindset of Network Marketing” and “The Entrepreneur Mindset Shift.” He currently lives in South Africa and works with clients all around the world.

I’ve been successfully working corporately in large multinational companies for years, and traveling all over the world. I found that pretty much every aircraft was the same and every hotel was the same; it wasn’t quite as glamorous as everybody thought it was.

While still in the corporate world, I was asked to look at a method of marketing for a very successful company that was trying to get their products more directly into the hands of consumers. As it happens, the method was network marketing. As I researched the model, I realized that I could start to create income that wasn’t completely dependent on me clocking in and clocking out of work every day. I could gain much more control of my time, both in terms of where I worked and when I worked.

I’ve always been interested in that level of freedom, and I eventually decided it was time to achieve financial success on my own terms.

By seven o’clock in the morning, I’m usually at my desk, clearing my emails and prospecting. My LinkedIn platform, which is running in the background, allows me to connect with people. I do the follow-up prospecting work, then handle my calls, which are booked through Calendly. There is enough flexibility that I can build family time and social time around all that.

I bounce ideas off my support team, and they help me transform my visions into reality. We may start with an idea for a new course, for example, and with the help of one of my leadership coaches, we then create a coaching program. The intent of that program is to enable others to use the material to improve the productivity of their own teams, so then we progress to developing and executing marketing strategies to spread the word, and carry on from there.

COVID has changed the way people think about work. They now realize income is more important than having a job. Where they were once wedded to the workplace, they now understand that through technology, they can build a global business from home. That mindset shift is the essence behind network marketing, so it’s exciting to see so many having that realization despite the tough times that may have inspired it.

I have a high work ethic — always have. Working from home and being an entrepreneur can be difficult for some people because it’s easy to get sidetracked. Something might come on the TV or you decide you’re going to pop out to run an errand. But I always work at a very high level, putting in the hours that are required to deliver the results that I’m looking for. That dedication and work ethic has kept me focused and led to my success.

I used to try and reinvent the wheel, rather than trusting established systems or processes. One of the biggest mistakes I made, some 20 years ago, was thinking I could do things better than somebody making $3 million a year without first learning the process by which they made that money. I would advise my younger self to keep the aspirations high but to first learn from those who have already succeeded to more quickly reach those aspirations.

The common perception seems to be that you have to be “one of the chosen few” to succeed — that you need lots of luck, special talent and loads of money. But I believe that with desire, hard work, focus, commitment and persistence it is possible for almost anyone to be successful in business.

Prospect. Whatever type of business you’re in, prospecting is key, whether you’re looking for new customers or new business partners. You’ve got to keep the pipeline full, and you’ve got to be prepared to get out of your comfort zone and do whatever it takes to be successful. For me that’s finding new people to speak to, being willing to speak to them and taking the time to do so.

One of the strategies that has recently helped me grow my business is utilizing LinkedIn in a more effective way than just having a profile and passively looking at LinkedIn posts. What I’m doing now is more strategically using LinkedIn to identify the type of people that I want to attract to my business and I’m connecting with those people on a consistent basis.

It’s helped me connect with professionals in different markets all around the world — South Africa, Australia, Canada, the United States, and the United Kingdom.

When I first came into this business, I looked at an individual who was making $3 million a year, and I thought, “Wow, if he made $3 million a year doing that, I’ll make $6 million doing it my way.” What I didn’t understand then is that he had a proven and predictable pattern of activities that worked, and I was here trying to reinvent the wheel.

Fortunately I went back with my tail between my legs and said, “Teach me how to do this properly,” and I’ve been very successful since then. The failure for me was thinking I was better than I really was at the time, and trying to forge my own way before I had learned from other people’s proven experience and expertise.

LinkedIn has proven to be a valuable tool in my prospecting efforts but I think a social media platform catered specifically to those interested in network marketing would be of value. I’m imagining a platform where people could find mentorship, learn how to get involved, and become an active member of the community.

The best $100 I spent recently was going out for a meal with some friends of ours to an amazing restaurant in Pretoria, South Africa that served eight different courses. It was a spectacular experience. It was actually more than $100, but that was one of the best purchases I’ve made recently — it was money well-spent.

I use Lifesize, which allows me to do Zoom-like video calling around the world. I also have another video and conference-calling platform called Meetupcall, that allows me to book calls via Calendly.

“How I Raised Myself from Failure to Success in Selling” by Frank Betcher. I’ve read a lot of books and that’s probably the best book I’ve ever read. I particularly recommend it if you’re an entrepreneur and find yourself in a sales role trying to win new customers or win new business.

My favorite quote is a quote of my own, actually: “Success tomorrow starts with taking action today.”