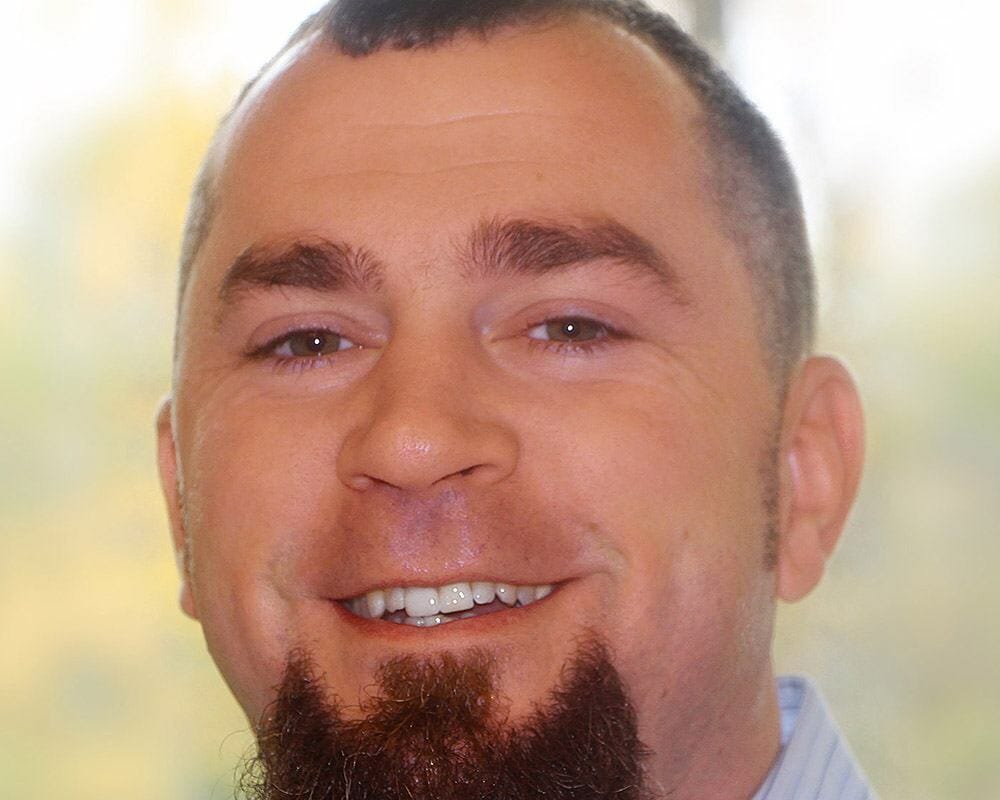 Not quitting, or giving up. When things start going downhill, I can pivot and find ways to turn the situation into a positive one.

Coy Christmas is the co-founder and CEO of Fasetto, the anytime, anywhere cloud storage, content sharing, and messaging program. In his role, he is responsible for overall leadership, strategic direction and growth strategy for the company. A serial entrepreneur, Coy founded and sold several companies in the gaming sector prior to Fasetto. In 2008, he founded video game store, BragGame Rights, Inc. He later founded BGRMODS, LLC, which created, developed, manufactured and distributed game console and controller modification hardware through wholesale channels. In 2009, he founded Einsteinmodz.com, a developer and distributor of game controllers. In 2010, Coy founded Calibur11, LLC, a company that sold a game console vault through major retailer stores such as Best Buy, Game Stop and Wal-Mart. Coy began his career in technology sales.

Where did the idea for Fasetto come from?

Fasetto is an all-in-one solution for file sharing online or offline, cloud storage and messaging – but it didn’t start out that way. I founded the company with my best friend and business partner, software engineer Luke Malpass, when we were designing education software. The idea of making the basic task of sharing and storing files easier for us as we worked together was the initial impetus behind Fasetto – but it then transformed into a broader project aimed at making everyday life, and everyday tasks, easier for consumers. The messaging component of our technology is proof positive of that – it just makes sense to have communication built into the platform on which you’re storing everything. The company is really rooted in my and Luke’s collaboration, and our own desire to make life simpler through hardware and software.

A typical day for me starts with rising early, around 5am. I review the activity that has happened overnight in the UK office with my partner over there, and we discuss what’s planned for the rest of the day. In the late mornings I’m usually jumping from meeting to meeting, and looking through our financials. After lunch, and through the rest of the afternoon, I’m working through the development of our Fasetto application, often until 10 at night.

I try to make it productive in a couple of different ways. I tackle the most important things first. I’m also a multi-tasker. In fact, I find that I work better doing two different things at once, instead of focusing on just one thing. It’s a blessing and a curse.

We just “do”. We don’t take no for an answer, ever. The opportunity to make things happen is always there, and hardware and software make everything possible.

When we struggle to bring an idea to fruition, I try not to get hung up on it. I like to set it aside, knock out other smaller tasks and come back to it later. For example, when wireless chargers didn’t exist, we built our own. We jotted down our overarching thoughts, then shelved them, so we could figure out the smaller pieces and then come back to it. Every big idea is just that – a bunch of smaller ideas. It’s executing those smaller ideas one by one that will bring you to completion of the entire task.

I dig personal video. I think GoPros are so cool! The concept has been around for a long time, but GoPro made it more accommodating for people to use. The camera design and its software are simplistic, so even novice users can pick one up and get into the action immediately. I love that we have the technology to record a moment in time that you’d otherwise be capturing with just your mind.

As we start to move to the digital world, I envision recording technologies moving into more senses, even touch and smell. When you can capture all those senses, it will be a big leap in data recording.

Not quitting, or giving up. When things start going downhill, I can pivot and find ways to turn the situation into a positive one. It’s all because I’ve surrounded myself with intelligent, successful and helpful people, so when I’m frustrated, I have people I can reach out to for answers. I think everyone should have that kind of support, someone that they can share their frustrations and talk openly with, about anything. Sometimes, sharing our insanity and crazy ideas with each other is exactly how cool things are born. That’s exactly how we came up with the idea behind one of our products, Link.

If I were to start Fasetto again, I would have brought on more staff earlier, to help with the day to day work. I would have pushed a little harder on social media too. It’s not just a core social tool, it’s also an excellent marketing tool. I would have acted on it sooner.

Leaving it alone and allowing it to naturally take its course. We also have a very true and very loyal user base, and they have helped bring our company to where it is today. That’s how most people have come to know Fasetto, through direct recommendations.

Being too trusting. I’ve worked with plenty of silver-tongued people who appear to have good intentions, and they’ve turned out to be the ones who have hurt me tremendously, and I’ve paid for it severely. I’ve learned the hard way to never be too trusting.

I call it “Vitamin Ice.” It’s essentially infusing ice cubes with vitamins. It could rehydrate and vitalize people who drop them into a cocktail at a bar, or use them in regular water. Given the properties of nutrients, I think it’s a very simple concept!

I was down in Jamaica recently with my family for vacation, and the waiter at the restaurant we were at was dealing with some pretty difficult customers. I used to wait tables, so I understand how hard it is, especially when a lot people don’t tip! I tipped him $100. I could just as easily have purchased something for my kids, but at that particular moment, he truly deserved it.

I use GitHub and Microsoft Visual Studios a lot. Simply because they work well! They’re incredibly detailed, but very accommodating. And if you experience any issues with them, you can approach their forums to try to find a solution. I’m also a big fan of Outlook – couldn’t work without it!

From a collaboration standpoint, we use our own software, Fasetto. It works great for uploading and sharing files via the cloud. That’s the whole reason we built it, because it’s the exact sort of solution we’d like to use.

Bold, by Peter Diamandis and Steven Kotler. It was given to me by a friend, and is all about understanding the impact of technology, providing a roadmap to exponential growth. It’s about developing the foresight to realize that what might not seem like a big deal right now, could be if you stay with it. Focus on it. We try to do this all the time at Fasetto, so the book is reassurance of the way we think.

I look up to a few people – one of whom is my business partner, Luke Malpass. He’s the smartest guy I know. Someone else that’s influenced me who I don’t personally know is Preston Tucker, an automobile designer and true entrepreneur, best known for his 1948 Tucker Sedan. And the reason we have seatbelts as standard equipment! He went up against the big three in the auto industry, and they shut him down because he was an absolute threat. In response, he took it on the chin, smiled and persevered. Finally, my grandfather has been a very influential figure in my life. He’s absolutely amazing. He came from nothing – he grew up on a farm and served in the army for nine years, and then the Air Force for 32 years. After that, he co-engineered planes at Northrop. He didn’t get the kind of education that is available to us today, and yet, he’s one of the smartest, most knowledgeable people I know.