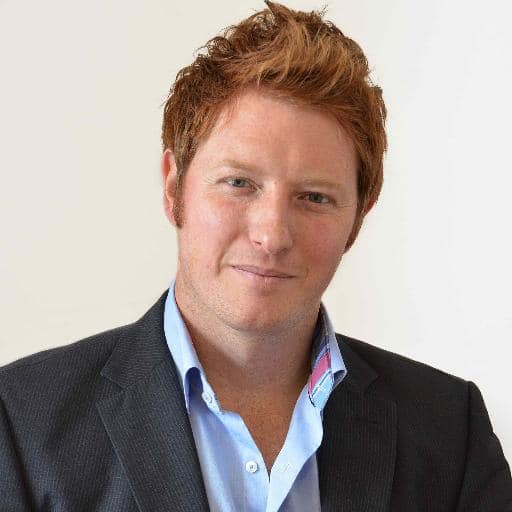 Approach every challenge with a slice of optimism. It sounds trivial, but it makes such a difference: take a step back, think about something positive, and then re-engage.

After graduating from Stellenbosch University in South Africa with degrees in applied mathematics and computer science, Dan completed a PGCE to become a Maths teacher. Following his move to the UK, he switched career paths and joined Telefónica as Head of BE Wholesale; later becoming Head of Partners and Strategy at O2 UK. It was here that Dan led a 500% increase in revenue within two years, with a further increase of 700% in 2.5 years, and 1000% in 3.5 years.

Off the back of these successes, he went on to found Pangea Connected, a Global IoT Solutions provider in 2014 alongside O2’s previous Operations Manager, Chris Romeika.

Since then, Dan has built a team with significant telecoms experience and expertise, from senior positions within mobile network operators, to fully qualified network engineers—and as a business, they consistently outperform their own growth predictions year on year.

Outside of Pangea, Dan has a real love for both following and playing sports—especially rugby, cricket, and the odd round of golf.

Where did the idea for Pangea Connected come from?

For nearly a decade, I worked at one of the largest mobile network operators in the UK. While there, it became clear that in a world where data is the new gold, the Internet of Things (IoT) was one of the most powerful, untapped technologies of our time.

But as with many big corporations, we had the problem of red tape that holds back experimentation and innovation. We were hindered by size and unable to focus resources. Ideas would need to fight through budget wars, multiple rounds of sign-off, and company politics before they could see the light of day.

On top of this, I found that many companies didn’t understand IoT itself; or how it could transform their business.
Every company should benefit from the efficiency, safety, and sustainability that IoT offers. That’s why I left and founded Pangea back in 2015.

So like our namesake—the supercontinent that connected the world before separating into the continents of today—we’re connecting everything.

You probably hear this a lot—but there’s no such thing as a typical day! Some days, I’m working closely with the team in-house to bring IoT projects to life; others, I’m heading off to meet partners so we can brainstorm new tech solutions. The only certainty is: it’ll be busy.

When it comes to productivity, I think the most important thing is to dedicate time each day to your headspace. For me, that’s zoning out in the gym—it’s a mental health boost, and a chance to reflect on my day and my ideas. But it’s key to find whatever works for you personally, and give yourself that time.

I also rely heavily on online tools, like calendar invites and Google Drive. They’re vital for communication—between myself and my team, and also with partners outside the company.
No time to have meetings about meetings!

Myself and my team bounce off each other—I’ll come up with the crazy ideas, then my co-founder and Ops Director brings them down to earth with the specifics.

Then, through plenty of brainstorming and strategy sessions, we approach every possibility with a set of questions:
Is it real? (Do we have the time and resources to make the idea happen?)
Can we win? (What’s the competition like? Is someone out there doing it better?)
Can we make money? (Will the capital investment be worth the potential payoff?)
If all those boxes are ticked—it’s time to give it a shot, and either win or fail fast. And when you do fail, analyse why; is it down to the innovation? Or would the idea be a perfect fit for another client?

It’s got to be 5G!
And it’s not just about the superfast speeds. 5G will bring ultra-reliable connections that support thousands more devices—it’ll open up so many options for new tech.

Learning to be agile and perceptive in conversation. If I’m talking to customers or peers at an industry event, I make a point of getting to the root of what they’re looking for, what they want from the conversation with me, and how to align that with what I can do for them, for the benefit of all parties. It’s a great habit for working quickly and effectively with a large client base.

But it also applies internally; with management, with team members, and especially with suppliers. Treating them with integrity and making sure you understand each other is vital!

Firstly—don’t be afraid to get more sleep!
Secondly, know that the hard work will pay off.
And lastly, back yourself—be bold in your ideas, and put a little less stock in pleasing other people. It’s good to do occasionally, but not always.

Regular check-ins with the team.
Everyone needs support at some point—whether it’s a fresh angle on an idea, or help with your to-do list.
It’s easy to fall into the trap of thinking you need to go on personal crusades, accomplish everything under the sun, be infallible for the sake of your team. You don’t need to do it all yourself; more importantly, you can’t.
Decide early who needs to come with you to make your innovation work. Pick people whose strengths complement yours, and vice versa. And then make sure you’ve got their back; they’ll get yours in return.

I think that most entrepreneurs will agree when I say we’re perfectionists. Which makes complete sense: we want to bring our ideas to the world as accurately and seamlessly as possible.
But it’s very rare that the entrepreneurial stars will align and all will go according to plan. The most innovative products aren’t always at their best in their first iteration.
And you’ve got to make that first iteration to realise that; and then you’ve still got to take it to the world.
My point is: know when to get things out the door. Make people aware of you, give them your product, and watch it evolve as you do so. Your processes—along with customer feedback—will eventually refine it into what it was always meant to be.

I’ve had several; and the point is always what you learn from them.
Recently, we won our largest contract to date with a new customer, only to have a key supplier realise they’d make a mistake in their internal calculations. One off-center number rendered the whole deal dead in the water.
This was tough to swallow—we’d poured our hearts into winning the deal, contracts had already been signed, both teams were excited; the works.
But it’s something that happens, and it’s unavoidable. The key is taking the work you’ve done, what you’ve gained and learned, and using it to keep the ball rolling.
Having worked closely with the customer in the lead up to the deal, we still knew how they worked and what they needed. We kept the conversation open, and kept them engaged with us—now we’re working on totally different projects for them, hopefully with the potential to outclass the initial deal.
Not until you’ve exhausted every option is it okay to give up.

Okay—you’re off on a much-needed skiing holiday, and after a long day of tearing up the slopes, you’re relaxing in the cosy après bar. After you’ve polished off a few drinks by the fire, it’s time to leave.
You head outside to find your skis; only to see that every single person on the slopes has had the same idea as you, and dumped their own skis outside the bar. Which means you’ve got to somehow pick your personalised, expensively insured skis out of a pile of hundreds. In the cold. While tipsy.
Enter App That Finds Your Skis For You! Like a ‘find my phone’ feature, but for skis. You push a button on your phone and the skis light up, guiding you straight to them. Not to mention: you can light them up on the way back down the slopes for style points! (please practice safe skiing, do not ski while intoxicated)

Without a doubt, it’s the Escreo Magnetic Whiteboard Paint I bought for the office. You can turn any surface into a whiteboard! It’s a game changer if you don’t want to dedicate space to a cumbersome whiteboard. Great for on-the-fly brainstorming sessions and process planning.
Also, it’s just plain cool.

The one I rely most on is Evernote. It can capture any type of media: I use it to voice record meetings, take notes, save images and review presentation slides. I’ve got it on all my devices.
Best of all, everything’s searchable, so I don’t have to flip through pages of notes to find what I need—massive time saver. And let’s not forget that going digital with your notes helps the planet!

I think other entrepreneurs have made some fantastic book recommendations for building businesses and effective leadership.
So I’ll throw a curveball and recommend ‘The Shadow World’ by Andrew Feinstein. It’s a glimpse into the dark dealings and secret politics of the global arms trade—incredibly interesting and quite the eye-opener.
It takes a nuanced approach to the conversation around current political events. I think it’s always good to see things through a different pair of eyes—that’s how we learn.

‘The harder you work, the luckier you get.’ — Gary Player.