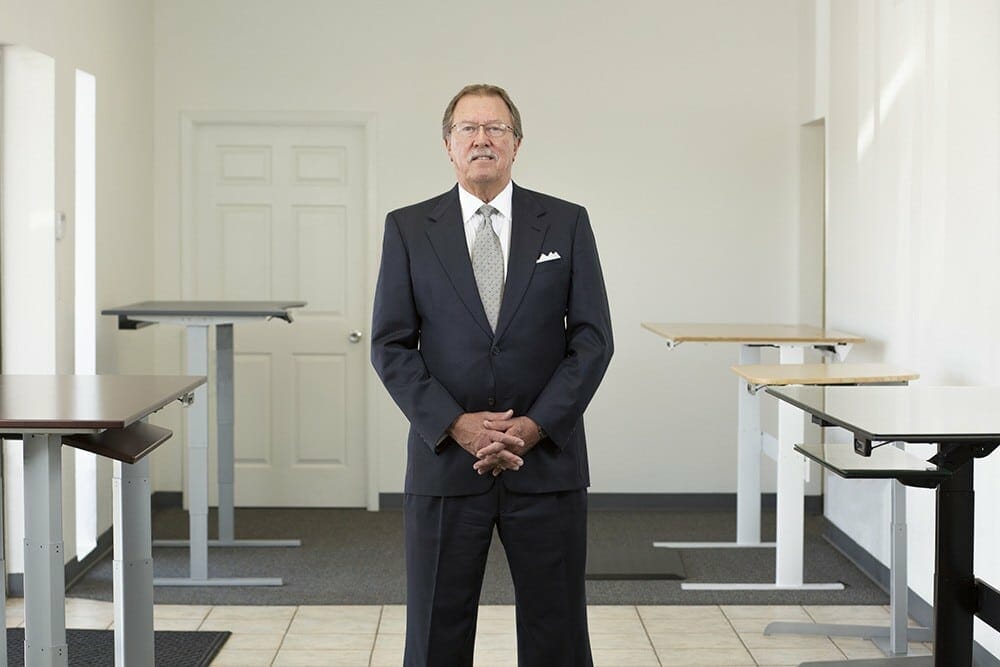 One thing that I highly recommend is to find a way to get the clutter out of your mind.

Dan Lee is the Director at NextDesk, where he is involved in both sales and operations and specializes in continuously improving the customer experience. Dan has been a savvy businessman since age 6 when he and his brother collected glass bottles and made a profit off the bottle deposits. He later spent 12 years with Yamaha Music as a franchisee and retailer and Yamaha Music School as a co-owner, and 15 years as Regional Vice President of Sterling Jewelers/Signet Group. A graduate of Georgetown College, Dan continues to read everything he can get his hands on related to psychology (his major) and business (his minor).

Where did the idea for NextDesk Terra come from?

The concept of a standing desk has been around for over a hundred years. Five years ago, the only power-adjustable desks available were slow, loud and made of particle board. We wanted to be the opposite of what was on the market. So we obsessed over performance, quality and materials until we arrived at our very first model, the NextDesk Terra.

My day starts early. Begins at 3:30 (yes, that’s 3:30) a habit I developed at a very young age, followed by 30 minutes with some coffee and “lap time” with my dog. I generally read for at least 45 minutes followed by my daily workout (1.5 hours). Workout complete, it’s time to shower, shave and head to the NextDesk campus. Planning and laying out my priority list the night before works best for me.

We’re fortunate to have a great team who loves learning and technology, so there’s no shortage of ideas. The challenge is to whittle the flow of ideas down to a manageable number and then hyper-focus on them. We’ve found that 30-minute brainstorming sessions are key to maximizing productivity. We’ve experimented with team size and found that design teams of 3-4 people from various disciplines get the most done with the least.

The wearables that read brainwaves have massive potential. The potential spans from computer interaction and to gaming. We see smart adaptive products, even desks in the future. Imagine your desk sensing when you’re getting fatigued or your posture changes and making adjustments that improve your energy, concentration and performance.

While it can be a difficult to develop, the habit of daily recruiting is one of the most important. Hiring talented people and then getting out of their way is critical. Took me awhile to master this one.

Not so much the worst job but the most strenuous job was as a hod carrier for a brick layer one summer when I was a teenager. Great learning experience because it was then that I realized that I was not going to be doing that for a living! Thought I was gonna die.

I would have started following my dreams at a much earlier age.

One thing that I highly recommend is to find a way to get the clutter out of your mind. My personal favorite is working out and meditation. Ideas really start to flow from a relaxed state.

I’ve always followed John Henry Newman’s quote … “Growth is the only evidence of life.” The pioneers of the future will openly embrace innovation and relish transformation.

Underestimating sales growth at NextDesk the second year. I had estimated what I thought was an aggressive 250% increase. It was well over 600%. Everyone had to double down including suppliers to dig ourselves out.

Bring back a real Full Service Station. The full-service stations I grew up with are now extinct. Some of your listeners might recall that a visit to your local service station would include the attendant not only pumping your gas, but checked your tire pressure and tread depth, checked wiper blades, and topped off fluid levels (oil, washer fluid, and radiator water level). And it wasn’t unusual for them to vacuum out your car as well if you had time. I think I am not alone in saying that I would gladly pay an additional 10-15 cents more a gallon.

A deep tissue massage. There’s no better way to relax and get ready for the next day.

Microsoft Dynamics CRM. The workflows are such a time saver for our entire group.

The Magic of Thinking Big by Dr. David Schwartz. Until I read this book, I didn’t realize that I had been suffering from a severe case of myopia!