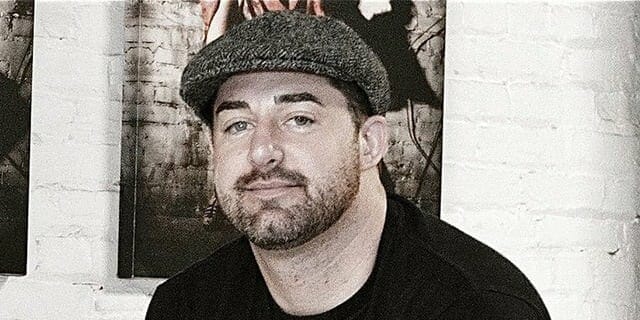 [quote style=”boxed”]I got really good at executing. Ideas are great and my team and I have a ton of them. However, if you want to be successful you need to be great at executing on ideas. There’s plenty of dudes living in their parents basement at the age of 40 that probably have tons of awesome ideas. If you can’t execute then you’re not going to be successful.[/quote]

Danny Boice is the CTO of Speek – a 500 Startups funded startup that let’s users do conference calls with a simple link (speek.com/YourName) rather than using phone numbers and PINs. A serial entrepreneur and executive, Danny started his career as a software engineer working for startups like Network Solutions and MusicMaker.com in the 90’s. Danny founded his first company, Jaxara in the early 2000s (exited via acquisition). Danny attended Harvard and contributes regularly to The Wall Street Journal, The Washington Post, Fast Company and Pando Daily as an expert on startups, product, technology and user experience. You can find Danny on Twitter @DannyBoice

Right now I’m working on a rewrite and redesign our web app that will provide some new features and functionality when it launched. I am also working on getting several new native mobile apps ready for launch.

Where did the idea for Speek come from?

Speek.com started as a way to permanently rid the world of PINs and elevator music. As corporate employees, founders Danny Boice and John Bracken were fed up with how stale business communication was, and set out to re-think an industry that hasn’t seen innovation in over 20 years.

Speek will have a freemium model, similar to Dropbox, where users can make free conference calls with up to 5 people. The PRO service, to be launched in the next couple weeks, will allow 5+ callers and unlimited calls for $10/month, and will also include features like call recording, file sharing and more.

After PRO, we also plan to launch a Speek for Teams version of the site, that will allow companies to use a branded visual interface with their company’s logo, links, color scheme, and a custom company.speek.com URL.

My typical day involves getting my inbox down to zero either first thing in the morning or around midday. From there I do daily huddles with my various dev teams (one for web, others for mobile, etc.). There are usually meetings with VC’s, potential engineer hires or the Speek executive team sprinkled in as well. From a personal perspective, I drop my kids off at school every day and make it home for dinner with the family every day. I also train mixed martial arts and usually make it to Disciple MMA to train at least 2-3 nights per week. Lately I’ve been doing a lot of jogging and a little bit of strength training in the mornings as well.

I got really good at executing. Ideas are great and my team and I have a ton of them. However, if you want to be successful you need to be great at executing on ideas. There’s plenty of dudes living in their parents basement at the age of 40 that probably have tons of awesome ideas. If you can’t execute then you’re not going to be successful.

Car tech seems really interesting to me. Cars as platforms and car tech in general is woefully behind. Why can’t I just plug my iPad into any car and control everything from there? Why do I still have to turn knobs and read analog dials on my dashboard? Ford recently launched their developer platform so that developers can build apps for Ford cars the same way they build them for iPhone and Android phones. It seems like there is finally progress being made in car tech and I’m excited to see it evolve!

I was an Executive Director at The College Board and it was pure hell. The little time I had that wasn’t spent in usefulness meetings was spent putting together power point presentations trying to convince people who had no business making production decisions why they shouldn’t do things that were obviously the right thing to do. It was a bureaucratic, political, corporate punchline that wasted money like I have never seen anywhere in my life. The worst part was that this is supposed to be THE place helping our kids find college and career success. I shudder to think that our children are relying on such a place to find success in life. I learned two major lessons – 1) founding and running startups is clearly my calling in life. I need to stick with it and not even bother exploring other paths. 2) I need to play a very active role in my kids education. Relying on the entities that are supposed to be responsible for this is not going to be fruitful and these people ar e not getting it done.

I would have put together a 10 year plan to make me a great startup founder. It would have been very deliberate and probably wouldn’t have bore real fruit until I was in my late 20’s. I would have worked professionally for 1 year as each role in the software development life cycle so that I could fully understand every aspect. I would have found the greatest founder I could and been her apprentice for free for 1-2 years just soaking in everything I could. I would have learned the inner workings of fundraising by working at a VC fund for year. Then I would have taken my first idea through a Lean Startup Machine to validate it and ultimately I would have gotten into an accelerator like 500 Startups to get me out of the gate.

Think through how to make things smaller and simpler. This applies to building a product, validating assumptions, growth tactics, user experience a/b tests you name it. I constantly find that people tend to have a hard time taking a very small and iterative approach to decision making.

When I founded my first company, Jaxara, we had a large client who stiffed us for $70k. It was our first big client and we were definitely not counting on not being paid for our work. I was in my early 20’s and that may as well have been a million bucks for all I knew. It was painful and crushing. We hunkered down and made it work through a combination of hustling for more business and taking on lots of personal debt to make payroll. It sucked!! However, it made me tougher in the long run. If you can get through a situation like that you can get through anything.

See my answer above to the question “If you were to start again, what would you do differently?”. Now take that and make it into a kind of “un-college”. That’s how you fix education and revamp the entrepreneurial spirit that once made our country great.

I would overhaul our education system completely. It needs a total rewrite. perhaps it should be more like Finland’s which is famously beating most other country’s in terms of creating innovators. The problem is that I have no idea how to go about ripping apart our education system and starting over. Michelle Rhee had the best approach to doing this that I’ve ever seen and she was run out of town by the teacher’s union. It seems broken beyond repair to me right now. As a parent I am planning to pay for private school for my kids and hand-pick the schools based on non-traditional education approaches. Unschooling seems very interesting to me as well.

I was born with a very rare, chronic autoimmune disease called ITP. During my teenage years my platelet count would drop to zero and I’d get cuts and bruises that wouldn’t heal. Pretty bad given that I was a 3 sport athlete most of my life. I still get recurrences of ITP from time to time but very rarely.

UserTesting.com – The best way to figure out what you got wrong with your product is to watch strangers use it.
AngelList – Revolutionizing the seed stage fundraising. Great place to find talent too.
Speek – because conference calls should be fast and easy. Down with dial-ins!

“Hacking Your Education” by Dale Stephens. As entrepreneurs and innovators the current education system is failing us. It’s preparing us to be corporate drones not innovators who will put a dent in the universe. It’s gotten so bad that the best plan in front of congress right now is to create a “startup visa” which will bring in entrepreneurs and innovators form other countries. We’ve devolved so far that we’ve essentially given up on our education system to help form creative thinkers and entrepreneurs, thrown up our hands, and want to start bringing in creative thinkers from outside of the US. It’s a sad but true state of affairs in our country right now and it all starts with education failing us.

@SteveCase – very active an funding as well as current issues impacting startups (like the Startup Visa and Immigration Reform).

@DaveMcClure – disrupting venture capital through 500 Startups, hustles harder than most startup founders and cusses like a sailor.

It would have to be the time that my co-founder actually went through with getting our logo tattoo’d on him at SXSW. Full story here.

Lemmy from Motorhead – he figured out what he loves doing, got great at it, outlasted everyone else, and lives happily ever after today.