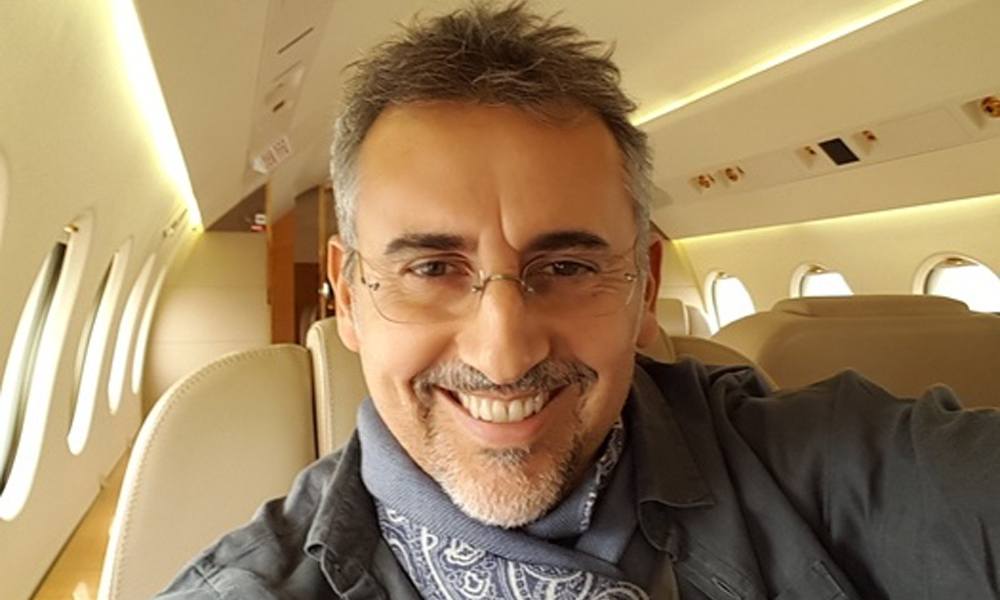 You can’t bring ideas to life without motivating your team. Big projects are and always will be a team effort; I couldn’t have achieved anything of significance on my own.

Mr. Mimran began his business career in the early 1990s. Between 1994 and 1996, he served as president and CEO of the Arrigoni Group, a diversified food manufacturer with operations in Italy. Later, he moved to Monaco, where he serve as president of Eurafrique, Sometra, and Cavpa, three Monaco-based Groupe Mimran subsidiaries with operational bases in Europe, Africa and the Near East. Though Mr. Mimran is no longer involved in those subsidiaries’ day-to-day operations, he retains seats on all three firms’ boards.

In 2003, David Mimran moved to the Washington, D.C. area and began a nearly decade-long career in finance. From 2003 to 2005, he was the vice chairman of Milestone Merchant Partners, a boutique investment bank that primarily sought U.S.-based value investments. During his tenure, Mr. Mimran was MMP’s largest individual inside shareholder. He subsequently held executive roles with Blackstreet Capital Management (formerly Milestone Capital Management) and Breeden Partners, L.P., which he co-founded. Mr. Mimran stepped away from his duties at Breeden L.P. to focus on his film production and Groupe Mimran activities in 2012.

David Mimran devotes substantial time and talents to helping the less fortunate. He is a current trustee of New York City’s Mount Sinai Hospital, bringing his considerable financial to bear as a steward of the hospital’s resources. Mr. Mimran is also a current governor of the Peres Center for Peace, where he consistently advocates for peaceful, compromise-based solutions to the ongoing conflict in the Middle East.

Where did the idea for Mimvest come from?

The idea behind Miminvest and its gold ventures with Teranga Gold Corporation arose out of the observation that fiat currencies were losing value in a negative-rate and -yield environment. Serious geopolitical threats and a lack of large new discoveries strengthened the case for our investment in gold. Our five-year goal is to build the largest gold producer in West Africa, where we believe the next big discoveries will come. For instance, Ivory Coast, where I founded Miminvest and began accumulating exploration permits, has 35% of the birimian greenstone belt. That’s the largest share in all of West Africa, yet Ivory Coast produces just a small fraction of what Ghana does with only 19% of that belt. We’re in the midst of building our second mine in Burkina Faso, and will soon start on our third there. We’ll follow with our fourth and fifth mines, both in Ivory Coast, with the aim of achieving over 1 million ounces in annual production. The idea behind Mimran Natural Resources (MNR) was the observation that Africa as a continent needs to produce its own fertilizers. Despite having ample deposits of nitrogen, phosphate, and potash, the continent’s farmers are now importing those fertilizers at great cost and subsidy. Moreover, 80% of the arable land in Africa isn’t currently being exploited; we believe Africa *is* the future of global agriculture. In Senegal, where we operate a third-generation food processor that imports for use on sugar plantation, this is easy, as the country holds large resources of excellent quality potash and natural gas. We believe that West Africa, as a region, is poised to become a competitive exporter to countries like Brazil, thanks to a more than $100-per-ton pricing edge over Canada and Russia. MNR is about to start its large mine permit and scale from 500 kT to over 3 MT per year. We are also underway to build a 500k/1M T capacity phosphoric acid plant using a proprietary technology called IHP. Unlike WAP, IHT doesn’t produce dangerous waste like phosphogypsum, which harms human health and damages the natural environment. Together, Miminvest and MNR hold over 8,000 square kilometers of land permits between Senegal, Ivory Coast, and Burkina Faso. Finally, the idea for Mimran Schur Pictures arose out of a childhood passion for storytelling and a desire to make films like “Warrior,” which is to date our proudest achievement. While we are still juniors in this industry, that won’t be the case for long. We now have nine films under our belt, including the soon-to-be released “The Kid,” starring Chris Pratt and Ethan Hawke. We have an ambitious two-year plan, as well: our goal is to produce about eight films and add a co-financing slate deal with a major studio.

My activities span eight or nine time zones, depending how you count, so it’s critical that I get an early start. I organize my day around standing meetings with teams in various locations, starting in Senegal and Ivory Coast, and ending in Santa Monica, California. Outside those meetings, I try to minimize interruptions and focus on the task at hand.

Simple: by believing in them so much that my belief infects everyone around me. You can’t bring ideas to life without motivating your team. Big projects are and always will be a team effort; I couldn’t have achieved anything of significance on my own.

It’s very heartening to see my children and their generation so involved in environmental issues. Industry needs to do its part as a responsible steward of the environment, but first and foremost it’s up to individuals to be the change they want to see in the world.

As captain of my school football team, I learned early on to delegate tasks and trust the people around me. Learning to step back and entrust others with important responsibilities is difficult for many, but it has never been an issue for me. I know what’s necessary for me to personally handle, and I let others take care of the rest.

Number one, listen more. Remember, you can’t learn while your lips are moving! Number two, invest early in art and real estate. Number three, maintain a long-term view and don’t get sidetracked by short-term distractions.

It seems so far off today, but I believe with all my heart that peace can be achieved in the Middle East. I also believe that humanity’s single greatest shame is failing to eradicate starvation. We waste so much food every day; it’s inconceivable that even one individual on this planet could go hungry.

It’s important to listen to those around you and work hard at all times. Above all else, though, I believe that you must always follow your instincts. It’s not the desire for financial gain that leads to success, but the conviction of your ideas. Never let anyone tell you that something can’t be done. Life is full of solutions, if you know how to realize them.

We’ve never deviated from a simple commitment to bringing the highest levels of product quality and service to our customers. It sounds trite, but if you do right by your customers and listen to their needs, they’ll stick with you through anything.

I once gave veto rights to a partner in an activist fund that we co-founded. As I’d made the principal seed investment to get the fund off the ground, it was a big mistake to give up that degree of control. It quickly became apparent that he had forgotten the most important sign of intelligence: to know your limitations. He was great at one thing, but he’d become convinced he could do it all. Eventually, he ran what was at one point a $2 billion (U.S.) fund (and could have become a $10 billion-plus fund, thanks to early investments from Calpers and Calsters) into the ground. This was a painful example of what can go wrong when you don’t listen to or trust your team.

There’s tremendous potential in the production of clean metals from polymetallic nodules on the sea floor. These iron- and manganese-rich nodules form around microscopic cores; the largest are potato-sized. Since they lie in the upper layers of seabed sediment, rather than in the bedrock, they’re relatively easy to harvest. By some estimates, global reserves exceed 500 billion tons, though some of that total is likely not viable for extraction.

I regularly give to charities that align with my values: Save the Children, Artists for Peace and Justice, the Make a Wish Foundation. It’s essential to give back as often as you can; if you’ve been blessed with success in your life, why not help those less fortunate?

I manage my personal and corporate finances with the Quicken accounting suite. It’s not fancy or expensive, but it works for my needs. Without it, I’d have far less visibility into my fiscal picture.

I wish I had more time to read books, but business plans, balance sheets, and film scripts account for most of my reading time. On the bright side, I’ve read some compelling scripts recently. Mimran Schur Pictures is working on two that I’m particularly excited about: “Nightmare 19” and “Maybe Someday.”

“You can’t fail unless you quit.” I’m honestly not sure who said it first, but this really resonates with me.