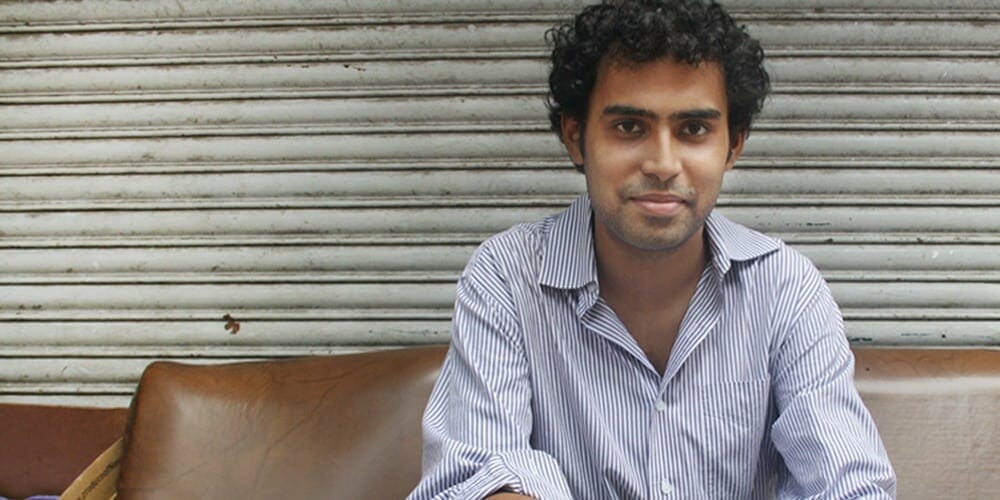 [quote style=”boxed”]I have an idea that could improve sales. I’ve always felt that web services from the west (for example: Google Apps, Get Satisfaction, Mailchimp, etc.) should price differently for Asia / Africa than they do to the rest of the world. Something like 10 USD / month which appears as standard pricing is not ‘affordable’ to the entire world, definitely not to people back here. Wouldn’t it be better to have pricing that is geo-aware?[/quote]

Dayson Pais is a serial entrepreneur who’s worked on dozens of websites, mobile & desktop apps since the age of 13. He co-founded Webly, a creative web agency, Epicwhale ( ) a design and technology incubator and is now busy building his first consumer product called Textme.

Based in Mumbai, India, he started off his career developing mobile apps when they weren’t in vogue and then quickly moving onto non-standard web development, culminating in the formation of a web, design & print agency in 2009 called Webly.

Over the years he developed a strong affinity for the fledgling Indian developer community and inspired by 37signals, he started a nursery for technology ideas called Epicwhale ( ).

Dayson started Textme ( ) in Jan 2011 while trying to find time between living, going to university and battling client projects. It was supposed to be a simple widget which would add a ‘send to mobile’ button beside addresses on a few websites. What evolved was a consumer product which picked up close to a million hits while still in a private beta & 6,500 fans on Facebook.

He’s got big plans for it and is trying to seek some funding while gearing up for the next release of Textme.

Presently, I’m working on the next version of Textme. It’s a service that allows you to quickly share content from your browser to a mobile device. This can be anything from directions, addresses or snippets to images and videos. There’s a publisher button which webmasters can seamlessly integrate to make their content mobile. A visitor who wants to share or receive this content can simply click the button, enter a mobile number and hit send.

This is an idea born out of the need for converging mobile networks with the web, especially since we have so many portable devices out there. I’m learning on the job and absorbing a strong burden of development, business and management work. I’ve put together a team that is really young and unconventional. I’m busy kicking their asses and helping them cut my workload. They’re doing a great job so far. I’m confident about where we are going. We have no money or office and a serious deadline to meet. It’s scary but I guess that’s what makes it thrilling. Oh, I’m also trying to raise a seedfund, so if you like our idea, do get in touch.

Work. Work. Work. A lot of work and no play. I’m running on my feet since that ‘small’ idea is now turning bigger and more expensive. We’ve had to pay for every sms being sent by our users. We’re doing it even now. I’ve to strike a balance between earning enough through doing commercial work for clients, going to college to keep my parents happy and working on Textme every other second left before, after and in between. There’s rarely any time for anything else. Every second begins to count. I’m learning, coding, replying to emails, striking deals, building the business and thinking about work everywhere I go and even while I’m going there.

The Internet. It’s always a trend. I live, breathe and die for it.

NoSQL databases. They’re so much easier and feel God sent. I’m a huge fan of MongoDB.

Mobile Internet. It’s still to become a popular technology in India. It’s a trend that can lead to a lot of ideas and startups here.

There’s something I learned today. Whoever said “an idea is everything”, didn’t get it right. It’s all about taking that idea, building it in a garage and porting it onto the streets while it’s still small; so it can grow with you.

There’s only 5 points to remember during execution:

1. Small is Big.
2. Simplify and keep things manageable.
3. Build with less momentum.
4. Learn to quickly change direction.
5. When you have a premature dilemma of fast, accurate and simple, quickly pick two! You’ll have to revisit it later.

I read a lot of blogs, interviews and participate in various channels of discussions like IRC, discussion boards, forrst, stackoverflow, etc. It’s the stories of successful entrepreneurs and conversations with extremely skilled developers that inspire me. Every time I feel I’ve mastered something, I find a person on the web who ends up making me feel like a ‘n00b’ all over again.
This ignites and inspires me to learn and perform better.

It’s always been a challenge for me to let go of my urge to perfect something and trying to achieve unnecessary performance gains. Premature optimization is the root of all evil. It causes endless delays and has no impact on a business. I’ve realized this over and over again when I’ve had to build a next version of a website or product and I witness the feature I worked on the most being discarded in the interest of something better. The lesson learned here is to put a time, agenda and budget to everything. Whichever touches first, ship it!

I have an idea that could improve sales. I’ve always felt that web services from the west (for example: Google Apps, Get Satisfaction, Mailchimp, etc.) should price differently for Asia / Africa than they do to the rest of the world. Something like 10 USD / month which appears as standard pricing is not ‘affordable’ to the entire world, definitely not to people back here. Wouldn’t it be better to have pricing that is geo-aware?

I follow a lot of blogs on technology, web development and business. The most interesting articles are those that are recommended by people I follow on twitter ).

Most of my learning happens through this process. I love reading Seth Godin’s blog the most. ).

I’d like to recommend two similar books – Rework by 37signals and Small is Big by Seth Godin.
They’re both so minimal and practical.

My big-screened Android device. I read all my mails, tweets and blogs on it 24/7.

JD Ghai, the Founder & CEO of SantaBanta.com. I’d like to hear the story of his 11-year-old immensely popular web portal which is also an early adopter of the Textme widget.

What’s the toughest part about starting up so young in life?

You’ve got to be ready to endure a lot. Be ready to lose out on friends, a social life and a lot of the fun you’d have otherwise had. Plus, it’s difficult to have others equally motivated or take you seriously. It takes time. The only people who travelled with Obama at the beginning of his campaign were his driver and his wife. The only way to keep your team motivated is to keep moving forward. So make sure you are geared up with a good amount of skill sets and the hunger to learn (aka being a great googler!). You’ll be surprised to know how many more things you can pull off when you push yourself.

What’s it like being a developer in Mumbai, India?

Mumbai has a lot of smart talent, but they’re extremely fragmented. There’s no real community,launch platform or events for web startups here. You’re almost on your own for most of your journey. Everyone is busy with their own gig. It’s a struggle to find a good team and really expensive for a startup to live a good life. I just setup a channel on IRC, a few days back in the hope of connecting with interesting people here. Let’s see where it goes.

[box]This interview is brought to us by Alex Schiff, the Co-Founder and CEO of Fetchnotes.[/box]