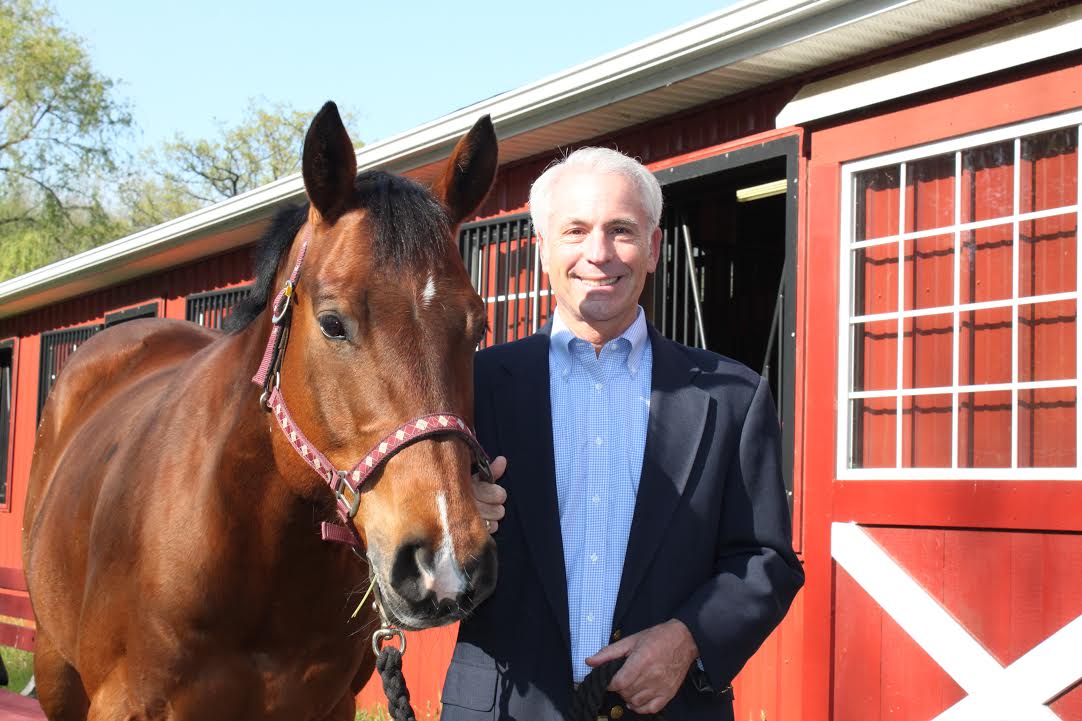 Edward Placke is the newly appointed Executive Director of Green Chimneys and is celebrating his 36th year in education. His career has primarily focused on students with disabilities and providing evidence-based education. He was inspired to pursue a career in education by the Marist Brothers while attending Marist College as an undergraduate. The Marist Brothers reinforced his growing passion for social justice for those who had difficulty advocating for themselves that included students with disabilities.

Each morning at 5:00 am he begins with a novena and then he starts his early morning cross-training workouts and then reviews a work schedule that is chock-full of mission related meetings and activities.

He is known for leading a variety of diverse educational institutions, including private schools, public schools, BOCES, State Education Department and a special act school district. Leadership is a concept that has evolved over his career as an educator and he now defines it as establishing a clear vision, sharing the vision with others and developing a plan to conceptualize the vision. He suggests that ongoing evaluation is the key to ensure proper implementation and it continues to develop a shared commitment. He often comments that “I only hire and promote individuals that are brighter and more talented than I am so I will have to sprint to keep up with them!”

He credits his success as a leader in education in a variety of positions that include Principal, Director of Pupil Services, Assistant Commissioner of Education and Superintendent of Schools with this ability to organize the above procedure and bring a mission to life in educational settings.

Commitment has always been one of his values and retiring from Greenburgh North Castle UFSD was an extremely difficult decision after significantly improving the District that included, but not limited to, increasing the graduation rate, implementation of Common Core Curriculum, ensuring all teachers and staff were properly certified, developing a central office, reducing the District debt and developing relationships with staff, students, families and the community. However, he made the decision based on the premise that it was time for new leadership to further elevate the District; he had done all he could to improve a once struggling District. Enhancing the overall quality of Greenburgh North Castle UFSD was his most satisfying moment in education.

As the newly appointed Executive Director of Green Chimneys his responsibilities are far greater than any other position he has held. He will address the multiple shareholders and use the mission as the driver for all his activities. Thus the need to improve the overall education students receive will be his priority along with supporting the staff, animals and facilities which are the foundation for Green Chimneys.

In his spare time he is a voracious reader and is currently reading titles to further his knowledge of human animal interactions and educational strategies: Animal-Assisted Therapy in Counseling, The Way I See It, and Children Who Fail At School But Succeed in Life.

During his first 50 days as Executive Director he sees that the future for Green Chimneys as having no ceiling and there is great potential for enhancing the career and vocational programs and ensuring all students successfully cross the “Bridge to Adulthood”.

My typical day at Green Chimneys includes multiple meetings regarding mission-oriented topics as well as a morning visit to the farm and wildlife areas, lunch with the students and time for writing, i.e., curricula, notes to parents/staff, reports, staff interviews, etc. Focusing on agency goals are a priority throughout the day and guide most of my activities. Reading and responding to emails are addressed in the morning and intermittently throughout the day. The day begins at 7:15 am and typically concludes at 6:00 pm.

There are several steps:

What’s one trend in education that really excites you?

The renewed focus on Careers and Vocational Education for students with disabilities and the soon to be improved Common Core curriculum which will now be named the “Next Generation”.

What is one habit of yours that makes you more productive as an executive director?

Each job I have had I have learned a great deal from; janitor to maintenance, teaching to director, and superintendent to executive director. All jobs were satisfying and I am unable to rate them. All were wonderful experiences!

Nothing. I would start my career in the same mode.

Developing a vision for students with disabilities then creating a concrete plan and executing it, then constantly evaluating it.

What is one failure you had, and how did you overcome it?

Flowers to celebrate spring and the annual renewal of my spirit. It is a tradition I have had for 30+ years.

Google is my on-line library and resource. I also use Breitbart & Drudge Report for news.

What is the one book that you recommend everyone should read and why?

Henry David Thoreau – Walden – provides a reflection upon living in simple, natural surroundings which is a contrast to modern life.

Abraham Lincoln in particular Doris Kearns Goodwin’s book Team of Rivals
Greg Carey – former Superintendent at the North Colonie Central School District taught me how to be a school administrator.Barak Rosenshine – Father of Direct Instruction – learned about the principles of instruction, author of numerous books and articles regarding teaching
Marist Brothers – They focused on social justice and education – I learned how to be a teacher and care for others from the Brothers.