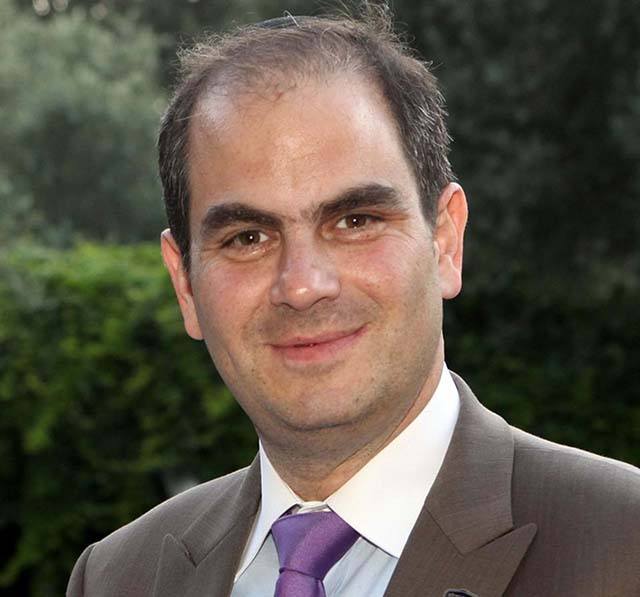 [quote style=”boxed”]I check in regularly. I trust my staff. I know that they are all here for the mission and not so much the paycheck, but I still check in so they feel that I know and care about what they are doing. I expect them to do the same to their staffers too.[/quote]

Eli Beer is a property developer and full-time United Hatzalah volunteer with over 25 years of life-saving experience. Eli Beer was six years old when he vowed to dedicate his life to saving lives in Israel, after witnessing a bus bombing in Jerusalem, during the first Intifada. At age 15, he took an EMT course and began volunteering on an ambulance. However, he quickly discovered that the ambulance just wasn’t able to reach casualties quick enough, because of its size, maneuverability and traffic.

At age 17, Beer decided that a more flexible system had to be established to improve emergency response times. Beer was familiar with the Hatzalah model established in the United States and began to organize a similar model by launching a volunteer unit in his Jerusalem neighborhood. This unit purchased their own communication gear, medical equipment and supplies and was funded by the community.

Beer began to work for Hatzalah Jerusalem in 1992. With Beer as fundraiser and operational coordinator, the organization grew and changed its name to Hatzalah Israel reflecting its nationwide scope. Hatzalah Israel acted as an umbrella organization, incorporating many Hatzalah chapters that had been established independently throughout the country. In 2006, following the Second Lebanon War, Beer established United Hatzalah of Israel. A core group of professionals quickly joined the new organization and were followed by Hatzalah chapters throughout the country.

Beer is a graduate of Harvard Business School. He lives in Jerusalem with his wife, Gitty and their five children.

Where did the idea for United Hatzalah come from?

The first Hatzalahs were founded by Jewish communities in the New York Metro to help locals get fast medical care in case of emergency. Every neighborhood had a few EMTs whose home numbers were shared and who could be called at any time of the day or night.

In Israel we adopted the same system, but soon realized that we can improve our response time if we used a smaller, faster mode of transportation: a motorcycle. The first motorcycle response was actually accidental — One of our first volunteers worked as a messenger for a shop. One day he got a call and he just hopped on his bike to get there. It was a life-changing discovery for all of us! These vehicles are not stopped by traffic jams or narrow alleys in cities like Jerusalem and Tzfat.

I was only 16 and a half when I established the first chapter, but I felt I didn’t have time to waste. Serving on an ambulance for a year and a half I saw how they are unable to help when time is of the essence.

I am very much an average guy. I wake up very early to catch up on emails and news. Every morning there are so many messages reporting to me how many people we saved or helped out just that night. Then the day starts and I have to rush from meeting to meeting, receiving calls one after the other.

Between calls and meetings – in the mornings and evenings, I make sure I have time for my five beautiful kids and my amazing wife, Gitty.

I never forget about my mission. I never forget the people I need to help, those future patients whose lives will depend on Hatzalah volunteers arriving on time. I always know, that this next meeting, next fundraising event or the next talk I’m going to give at an evening for volunteers can and will make a lifesaving difference. Quite literally. Because at the end of the day everything- all new projects, all new donors and every enthusiastic volunteer translates into successful calls.

I truly believe in the power of individuals giving back to the community, I think it is a wonderful, huge untapped source of energy that – while does not provide the volunteers with income – it strengthens them on a very different level.

I check in regularly. I trust my staff. I know that they are all here for the mission and not so much the paycheck, but I still check in so they feel that I know and care about what they are doing. I expect them to do the same to their staffers too.

I was an ambulance volunteer when I was 15. I was a trained EMT by that time, full of energy and the overpowering will to save lives. Except – as it turned out – you can’t save lives with ambulances. Never during that year and a half did I actually make a lifesaving difference. Those, who I treated would have survived as their injuries were not life threatening. But when it was a critical situation where lives were hanging in the balance, the ambulance crew was late. At the beginning my parents asked me every time I got home from a shift if I saved any lives. After a while I asked them not to ask me. It was just too sad to bear the disappointment.

I wouldn’t have waited a year and a half working at the first EMT job. If I could start again, I’d start my own volunteer corps immediately. At the back of my mind I know those months were an irreplaceable step on my journey. However, perhaps if I had started Hatzalah earlier, we would have already achieved a nationwide 90 second response time.

I listen to new ideas and criticism with an open mind and heart. Sometimes it is difficult to stop and listen to someone else’s input, and it is even more difficult to try to see it how it could help United Hatzalah – but it is worth it. This is especially difficult when the person giving the advice is younger or seems to be unqualified. However, all of your employees and volunteers deserve a minute of your time. One can bump into gems by listening to those on the ground level.

I’m not sure if this counts as strategy but it is certainly the most important management advice I adopted throughout the years; trust your team. In my case this is especially important since I’m working with a team of 2,100 volunteers. The same is true about the staff – I let them make their mistakes and do my best to keep an eye on them, to turn everybody into a useful, skilled and happy member of our staff.

It took many years of failure before I was able to get the Israeli ambulance union to accept our organization as a free, volunteer-based pre-ambulatory service. For years, there was tension, animosity and unresolved issues between United Hatzalah and the ambulance union. This year, we finally managed to get the Health Ministry involved and they are about to sort the problem out through some new regulations. I am really happy that this will not hinder us anymore. It was a tough nut to crack.

The United States needs a United Hatzalah-like pre-ambulance response service: dedicated volunteers or firefighters who can provide immediate and fast help to accident victims, before the arrival of an ambulance. I would love to see someone taking the idea and founding such chapters all around. Both in Jewish and non-Jewish communities.

I will always pick up my phone when my wife calls, no matter what.

From the organization’s point of view we find SalesForce very effective and helpful. Through this platform we can integrate different processes and have an overview of what the organization is doing and how effective it is. It also gives me some freedom since this way I can check what’s going on without being annoyingly hands on.

When it comes to our core activities we would not be able to do what we are doing without the wonderful GPS-based dispatch system, NowForce. It is with the help of NowForce that we can locate our volunteers, identify the people closest to an emergency call and dispatch them immediately. It is a truly lifesaving application.

Start Up Nation by Dan Senor and Saul Singer. It is about the start up spirit in Israel, how the Israeli economy benefited tremendously from new ideas, from people who were willing to start from scratch. I enjoy Israel and being an Israeli tremendously. It is a creative country, with a wonderful entrepreneurial genius.

My father – who put his love for this country, Israel before business success and personal joy. Menachem Begin – a humble man but the best leader Israel ever had, and – last but not least – Mark Gerson, who truly showed the world how to start from scratch – building up a financial empire from a single cubicle with decades of hard work.