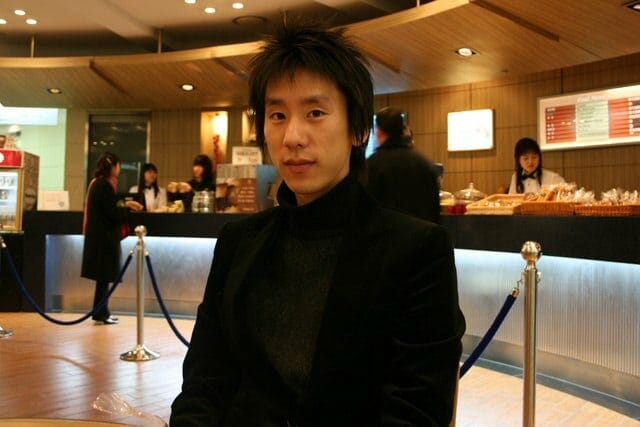 Jaeuk Park is the founder and CEO of VCNC, a company that develops mobile communications services. VCNC has launched a mobile service called “Between”, which provides a private online space for couples so that they can communicate and share memories privately. The launching of Between was quite successful and VCNC was given the 2012 Rising Star Awards at the 2011 Startup Awards. The event was hosted by Venturesquare, one of the most influential IT mediums for startups in Korea.

Before founding VCNC, Jaeuk worked as a vice-team manager at Infobank. At Infobank, he was the project manager of m&Talk, which was the first mobile messenger in Korea. He graduated from Seoul National University, majoring in both electrical engineering and business administration.

I am scheduling plans for our company in 2012. It seems that there is a rough and tough way ahead of us, but it will be an interesting journey.

Where did the idea for VCNC come from?

As social networking becomes a more dominant part of our lives, we are often faced with sensitive privacy issues, mainly concerning “with whom to share what.”  We all love the openness of social networking platforms that allow us to connect with anyone, including celebrities. However, most of us don’t want to connect to the extent that our potential employer can search our private information or our grandparents can view our nightlife memories. Newbies like Path, Beluga and Groupme have developed “privacy-aware social sites” to address these growing concerns about social privacy and are enabling targeted sharing. We are trying to tackle the same problem.

We came to the conclusion that couples have the greatest concerns around this issue. However, when we looked around, we didn’t find any useful and great mobile service for them. As everyone knows, couples have strong purchasing power and are a highly desirable target audience for advertisers. We interpreted this as an opportunity for us.

Between provides a private sharing space for couples.  It is mainly targeted toward Asian users who are generally  reluctant to share private memories with strangers and even with friends. Reducing the “networking” aspect of existing social services but introducing the “interaction” to mobile, Between allows users to build a 1:1 archive that includes a chat history, photo albums and a customized message board with their beloveds. Since our launch in November 2011, the company has released the app in English and had the app support user inputs in 4 different languages (English, Chinese, Japanese and Korean). In just 6 weeks, Between drew more than 145,000 users worldwide, gaining traction as a privacy-aware, user-friendly and fun sharing application supporting intimate social interaction.

My typical day is routinely crazy busy. Pretty much all weekdays and weekends are workdays. I start off at home, work at the company, attend several meetings and come back home. Days, months and a whole year flew by with this kind of schedule. I understand why people say that time really flies!

One source of ideas is the people around me. I usually look around and observe the behavior of smart phone users when I take the subway or bus. As I watch people, I try to analyze the patterns of their actions; this is when some brilliant ideas strike me from time to time.

Another source is my daily routine. I try to examine my daily life pattern and spot parts of my life that I feel are inconvenient or uncomfortable. When I find something, I try to design and build a service that can make it a more convenient experience.

I have a huge interest in the exclusiveness of  social networking services (SNS). People feel social stress from SNS nowadays and want to have a personal space with a limited number of people, perhaps with only their significant others. This trend excites me the most and is one of the reasons we launched Between.

To tell you the truth, I wouldn’t change much if I started again. One thing that would never change is the team I started with. I would definitely start with them again.

I would say having a clear vision when we started the company would have helped. Due to the lack of a clear vision, we had some trouble making decisions on what direction the company should head in. If I were to do it again, I would try to narrow the scope of the company’s direction and make it more specific and clear. This would have prevented the confusion and hardship we experienced at first.

I have no secrets.

Delivering Happiness by Tony Hsieh. This book presented one of the most exciting and heart pumping founding stories I have read. It portrays the process of building a company culture that actually makes everyone happy. This book was very touching and has influenced me to also develop and construct a happy environment in our company.

I love listening to British pop bands. Oasis, Coldplay, Travis, Keane and Radiohead are some of my favorites.

It was probably the year-end party at our company. We looked back at the past year, which brought great excitement and joy to the party. We had so many memories that we talked about and that made us laugh. I love our team and the spirit we have. I think I will be laughing out loud more often with this team in the future as we grow and go on to the next level.

My father. He is the best father in the world and a great mentor.