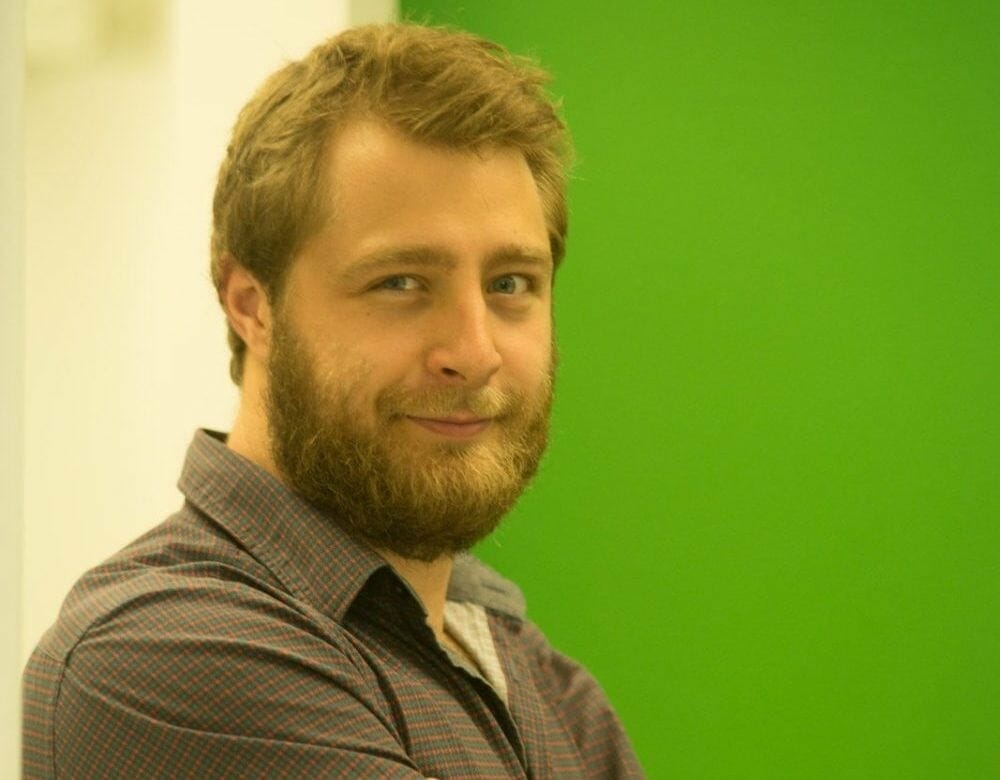 The best hires have been the ones where I can communicate the most skeletal framework of my vision, and they can come back unassisted and improve upon it with a fleshed-out prototype.

Jan Bednar grew up in the aftermath of communism in the Czech Republic. Motivated by his family and boyhood idol Jaromir Jagr, Jan emigrated to the United States when he was 16 years old to pursue the American Dream. He formulated the idea that would become ShipMonk back in 2014 while he was enrolled in college. The company was immediately profitable, and has grown to over $11 million in annual revenue. In his free time, Jan enjoys hockey, his dog, and adrenaline rushes.

Where did the idea for ShipMonk come from?

I conceived of the idea for ShipMonk while I was at FAU. My friends back home in the Czech Republic would covet the products that I was buying here. What I learned is that many companies won’t ship their goods internationally! So what ended up happening is that they would ship to my address and I would forward the product to them. It took me about eight seconds to realize that I could make money off this, and my foray into package forwarding expanded into eCommerce fulfillment in general.

I start my days pretty early and I head into the office. The beautiful thing about productivity is that it isn’t necessarily done in isolation. I have a talented team, and they keep me on my game even when I’m not feeling especially productive. I leave the office most days around 6pm and unwind. I don’t necessarily believe in working yourself until you drop – I’ve always been more productive when I have sufficient time to step away.

It’s all about hiring the right people. Not only the people who can execute upon the ideas, but the people for whom your vision resonates. The best hires have been the ones where I can communicate the most skeletal framework of my vision, and they can come back unassisted and improve upon it with a fleshed-out prototype.

I’m very excited about automation in the workplace and the general trends related to it. I’d love to see how this affects the eCommerce industry. In fact, over at ShipMonk, we hired a head of automation. We are attempting to help pave the path towards automated fulfillment solutions.

I value thinking before acting. Rash impulse-decisions might seem smart at the time, but what ends up happening is that you end up wasting more productivity undoing the damage caused by taking the wrong path – a path that could have been avoided had sufficient thought been put into the process initially.

Don’t listen to people when they tell you that you can’t do something. Although I got started early in life, I have to admit that I let myself get dissuaded from time to time in the early going. Nobody knows your trajectory, so don’t let them dictate it for you.

I’m not sure I have such a thing, to be honest. Maybe that automation is actually not going to result in a net job loss in most industries?

I always stay up on the latest trends. Not only in my space, but in even tangentially related spaces. The best and most disruptive trends often arise from unexpected synergies, and you’ll never be able to find those and act on them quickly if you’re uninformed.

We have a very dynamic content strategy. Our marketing team has always valued productive commenting and helpful content over the self-aggrandizing plugs of some of our competitors. The result is that we have been thought of consistently as a “helpful place.” Since doubling down on this strategy, our business has grown over 10x from just over $1 million in annual revenue to approximately $11 million in annual revenue.

I hired the wrong person for a particularly crucial role before. I was caught up in this person’s interview and their grace under fire. What I didn’t consider was how they would fit in with the team and whether or not they were actually skilled enough to do the job. Had I installed a probationary period, I could have realized almost immediately on that this person needed to be replaced. I overcame this by hiring the right person for the job, but this decision did not come easily and the procedure was costly.

How about a subscription box focusing on eCommerce companies as their clients?

I had a particularly terrific dinner at Trulucks recently. It’s hard to conceive of $100 going to anything much better than that.

I’m a big fan of Asana. It enables me to manage teams across different locations (and across continents), and I find that things don’t tend to slip through the cracks when I use it.

Read Eliyahu Goldratt’s “The Goal” if you haven’t done so already. It’s a wonderful book on business, constraints, and management presented in the form of a novel.

“Success is not final, failure is not fatal.” This quote is usually attributed to Winston Churchill, but there’s no direct record of him ever saying it. Great quote, though.

• Surround yourself with the right people.
• Don’t worry about making a mistake.
• Value helping your customers over self-promotion.
• Read “The Goal” by Goldratt