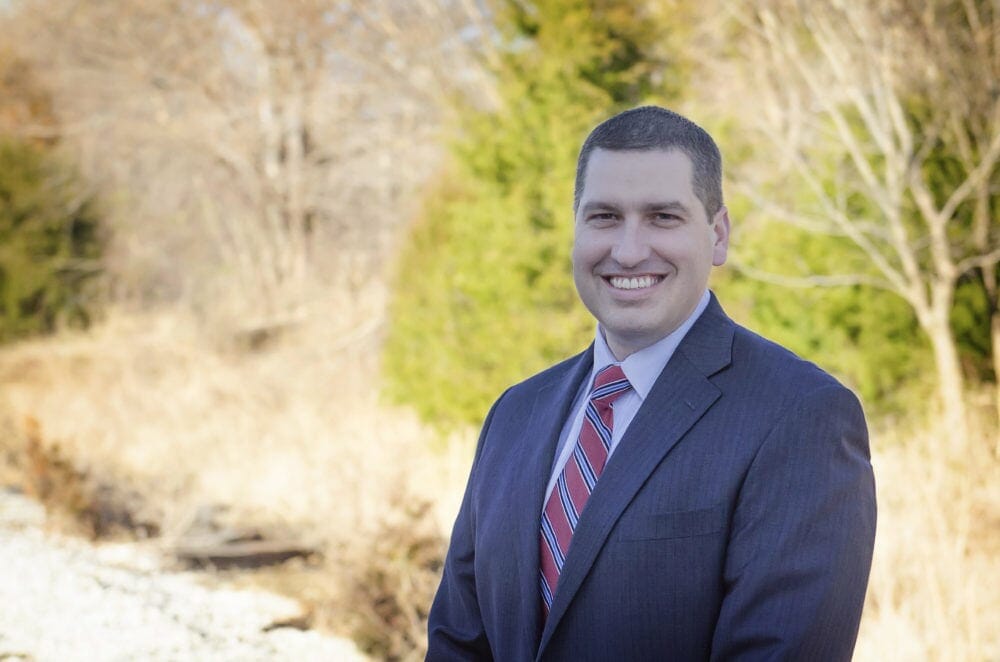 It’s important to discuss, plan, and have the team “buy-in” on the objectives, but after that….ACT!

Jason Tabler, CEO of New Century Hotels based in Oklahoma City, OK, is leading his company to new heights with his “back to the basics” leadership style. An Oklahoma native and serial entrepreneur, Jason combined his work ethic, ambition, and management skills to earn the title of New Century Hotel’s chief executive in 2016.

The impacts of Jason’s opening initiatives as CEO are leading to exciting company growth and noticeable momentum in a competitive market. Leading by example, you’ll always find Jason the first one in the office, eager to support and empower his team. Under his guidance and adherence to his core principles to “be driven, do the right thing, and caring for others,” New Century Hotels is positioned for strong growth.

What is your favorite part of leading New Century Hotels?

My team! They’re absolutely amazing and make me look better than I actually am! -Honestly! Each team member came in and started making immediate Impact! They all hit the ground running by build their own teams, creating new polices, and raising the standard to which we operate. Steve Jobs once said, “it doesn’t make sense to hire smart people and tell them what to do; we hire smart people so they can tell us what to do.” That’s what I feel I’ve done! It’s truly a joy working with each member everyday and having them tell me what to do.

I wake up at 4:30 a.m., and head to work by 5:15 a.m. This means I’m in my office, which is 120 miles away from my home, by 7:15 a.m. I get there early because I believe that being the first person in the office shows your staff that you care and are available to them. I always stroll through the office mid-morning, speaking with each and every employee in the office for a brief minute or two. Typically that means a quick chat about the day or about family. I always make sure to check in with each executive team member and ask them if there’s anything that needs my personal attention. I could do this through an email, but there’s something about going into their office and sitting down with them that says “I trust you and I’m here if you need me.” After that, it’s all meetings, emails, and business as usual. I start aligning tasks for the next day around 4 p.m. and thinking about departing around 5:30… leaving out the door around 6 p.m. That means I arrive home around 8 p.m. and spend a bit of time with the kiddos before tucking them in and crashing around 11 p.m. Then I repeat this process.

By acting! It’s important to discuss, plan, and have the team “buy-in” on the objectives, but after that….ACT! Assign people ownership of specific tasks with deadlines and communicate progress or setbacks. Create alternate plans in case things go wrong. Whatever you do, you must act!

Building a great team and watching them be successful! Not from a “look what I put together point of view,” but rather from a “wow, this team is going to kill it” point of view. There’s just nothing like having a united, well-balanced team to work with. That’s how you know that things are going to be taken care of and accomplished.

That morning shower… it just gets those creative juices going for me! My wife gives me a hard time because I MUST have something (an idea, a problem, an opportunity, etc) to ponder on in the shower! I’ve been known to grab a kid’s bath crayon so I can “run the numbers” in the shower… It just works for me!

Go to college! Schooling wasn’t something my parents ever focused on and, honestly, it wasn’t even an option for me. I did okay in high school but was more interested in hanging out with friends and running my delivery service (making money). After high school, I just continued that trend and kept working hard. As I progressed through my career and moved up through the ranks, I was constantly having to teach myself simple things that I would have known had I gone to college. To this day, when I’m dealing with other business owners or CEO’s, I sometimes end up leaving meetings and heading straight to Google to research something I was unclear on. You can make it without school, I’m living proof of that, but it sure would have given me a more solid foundation to build upon had I gotten a degree…

The fact that my wife is WAY out of my league!! We have 5 kids and she’s been a stay-at-home mom from the beginning, and she TOTALLY ROCKS at it! I never have to worry about what’s going on in the household because she’s at the helm! She’s the most amazing woman and I truly don’t deserve her!

As an executive, what is the one thing you do over and over and recommend everyone else do?

Wear a suit and tie every day! This way I’m never under-dressed for any surprise meetings and always feel like I look the part! It doesn’t matter who walks into my office, I’m prepared to be a professional.

Listen, trust, and empower your employees! They are the “boots on the ground” and are the ones that truly know what’s going on. Sometimes, more so in the beginning, it’s hard to let go of control—either because it’s a project that’s “your baby” or because you feel that someone can’t do the job as well as you could. But in the end, if you can’t trust your employees to make decisions, why did you hire them? Empower your staff and let them lead and you’ll be surprised what they’ll come up with!

What is one failure you had as in your business career, and how did you overcome it?

I once had a very bad employee hire for a critical position and did not immediately resolve that problem. I made a hire for a key management position and knew within the first 30 days that it wasn’t the right move. We had conflicting core values that were beyond resolving. Thinking “well, I’ll work with what I’ve got until I find a replacement” turned out be a disaster! Over a period of three months, we lost several good line-level employees, the morale of the company tanked, and lots of back-office slander of the executive team was going on. In the end, the employee emailed his resignation letter when he received an email to report to my office… but the damage had already been done. It took a good month to reestablish our company values and rebuild the morale. This took lots of HR and executive resources, well beyond what it would have taken to just have let the employee go as soon as we identified the problem. I’m now back to my grandfather’s policy of “hire slow and fire fast.”

I have a large family and before we show up at a restaurant to eat, we need to call ahead to check the wait time. Nothing is worse than showing up with five hungry kiddos just to be told it’s an hour wait. That’s not going to fly. The problem is that many restaurants don’t take reservations because of the volume of “no-shows” and lost revenue. But that is frustrating because it really cuts down on the number of restaurants my family visits. Now, I know that there are apps that allow you to make real-time reservations, but many restaurants aren’t on them… Why? Because people still don’t show up for the reservation. But what if you had to make a deposit? Not a huge one… say $5/person? If you “no-show’ you lose that deposit. You could even go as far to say after 10 reservations of being on-time, you become a “verified” customer and a deposit isn’t required anymore.

I was shopping with my family a couple of weeks ago and the kiddos were all picking out Valentine’s Day cards (you know the little ones with candy that you used to pass out at school). So, I purchased some cards as well, something that my kiddos got a kick out of, and sat at the dinner table and filled mine out with my kids. A couple of days later, on Valentine’s Day, I walked into the office had handed out my candy and small gift cards to my entire office. Everyone got a kick out it… even my kids!

You just can’t beat Microsoft Excel! It’s so powerful and has all sorts of methods of analyzing data! With that being said, for meetings I use MeetingKing. It allows you to create an agenda, take notes, assign tasks with ownership, and see open items from the previous meeting. Afterwards, you can easily email the meeting minutes to everyone and they can see and manage their tasks. It helps with accountability for everyone, because everyone can see what tasks are still open… and a little peer pressure never hurts. It’s not expensive or overly complex either. Just a nice little tool.

“Traction, Get a Grip on Your Business”, by Gino Wickman. It’s a great book that TRULY walks through every key area of running a business. The best part is, you can easily implement its systems. It’s all about building the right team with common values, setting goals, having accountability, long-term visions, and getting “traction” within your business. It’s what I’ve been using to build management teams for several years and I can say that it works!