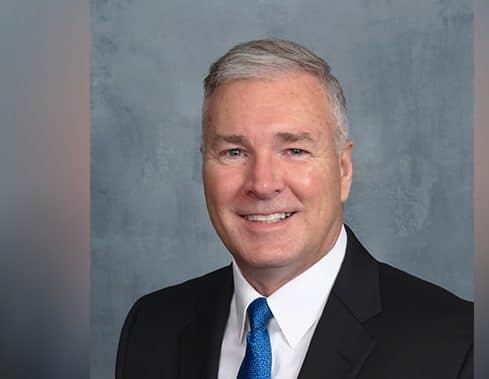 You can’t fix everything. Have the knowledge and wisdom to know when to walk away.

As a son of a school teacher and army officer, Jim Walker spent his childhood traveling from military base to military base. He attended Austin Peay State University for business administration on an Army ROTC scholarship, which required him to serve four years of active duty in the army. Walker ended up spending 20 years in the military and earned his Masters degree in public administration from the University of Oklahoma as well. He was also the recipient of two Legion of Merit medals.

Walker had some unique assignments that allowed him to remain in Washington and work on Capitol Hill, including being an aide to President Ronald Reagan. During Walker’s eight years as Director of Alabama’s Department of Homeland Security, he was the winner of five national awards for innovations in technology and government.

Walker was also senior state official for a number of natural disasters including hurricanes and tornadoes, as well as manmade disasters – namely the BP Oil Spill of 2010 in the Gulf of Mexico. The claims administrator, DC attorney Ken Fienberg, bestowed upon Walker the responsibility of the claims program for the state of Alabama, and later Mississippi.

When his work on the oil spill ended, Walker decided to use his experience with federal and state governments to get into local government. He spent four years as a county manager where he was the senior appointed official to a Metro Atlanta, Georgia County and a Metro Chattanooga, Tennessee County.

Walker then had an opportunity to go back into the private sector as the president of Black Swan Digital Forensics, where he still is today.

Walker and his wife love to travel and have visited 54 countries so far. In his free time, he enjoys playing golf, fishing, reading, and spending as much time as he can with his four children.

Where did the idea for Black Swan Digital Forensics come from?

We specialize in data extraction from just about any device. In other words, we can extract all information, including deleted information, off of a cell phone, a computer, and out of cars. We’re also moving into appliances and other digital devices that have digital data. We work with a lot of defense attorneys, public defenders, private investigators, and any others who need data recovered from a digital device.

I spend a lot of time travelling. Being able to take digital devices like a cellphone and extracting all the information off of the phone, it’s a growth industry so we developed a remote extraction device. If you had this device in your presence right now, I could extract everything off your phone, including deleted items. You can see where this is a powerful tool in investigations.

Unfortunately, we’ve had several cases where we’ve taken information from digital devices when people commit suicide, to understand how and why they’ve done it. Often, law enforcement has these resources but public defenders don’t. It helps to level the playing field in knowing what evidence is out there, not just what evidence you’ve been given.
As a growth industry, I have to spend a lot of time speaking, educating, and marketing about what we do. This is in addition to the typical responsibilities that the president of the company has for your personnel, payroll, learning about cases, staying current with technology and the licensing that we have.

You have to make the information relevant and understandable. We’ve got some brilliant engineers, but some people aren’t able to communicate these very complex algorithms and ideas very well. You need to be able to put our capabilities in layman’s terms for most people to understand what we offer. Especially if you’re speaking to the legal community or investigators, who haven’t come into this type of industry with a technology background. That’s what I do.

The reliance that we all have today on technology. It’s a growing industry – both a blessing and a curse. People do everything digitally but as a result, others can learn about you by hacking into your devices. One of the services we offer is spyware scans. It has become easy for somebody to attach something to your cell phone or computer. They could be listening to you in real-time or even watching you through the phone’s camera. So we developed a tool that hooks your phone up to our remote extraction machine and we can you tell very quickly if somebody is spying on you. Ask some of these local communities who have been hijacked by ransomware, who are forced to pay tens of millions of dollars or else nefarious people will shut down their computer systems, along with peoples’ public and personal records.

So, that’s the trend. As we become more reliant on technology, it helps out our business. But again, it’s both a blessing and a curse.

I would say consistency. It’s doing the basic things well — you’ve got to do the basic blocking and tackling to be successful. So, you have to master the little things first. I think that I’m productive because I’m consistent, and I’ve become very disciplined in my actions and the way that I conduct myself.

I would tell a younger Jim Walker to take the time to appreciate where you are in your life and what you have. When you’re young, you’re in such a hurry to get to the next big thing that you fail to realize where you are, how far you’ve come, and how good life is.

I like to think about the married couple where one of their greatest memories is just being able to afford that first couch. Thirty years later, many people have more money than they can spend and they live in a great big house, but that struggle to get that first couch was important. People rarely take the time to appreciate those kind of events.

The small things matter. Everybody wants to make a big splash, broad strokes of the brush, but you lose sight of the small things, and they matter because practice makes perfect. There’s an author named Malcolm Gladwell, and one of his books said to become a subject matter expert, you have to spend at least 10,000 hours practicing. Nobody really wants to practice or enjoy practicing, except for the highly successful people because that’s what gets you where you want to be. You just don’t start at zero and become a superstar. You’ve got to work at it.

You’ve got to push yourself and expand your horizons, but also remain true to who you are and what your core values are. And, you’ve always got to remember that family matters.

My strategy has been to do everything to the best of my ability. The army doesn’t have a whole lot of glamorous jobs, but they tell you from day one to take whatever job the army gives you. Do the job the very best that you can, and the rest of it will work itself out. You may not see it at the time, but do everything and every task you’re given to the best of your ability, and it usually works out.

I took a position in a dysfunctional political environment. I wasn’t the top choice for one of the officials, so he disliked me from day one. I regrettably found myself caught in the middle of the power struggle that ended up adversely affecting my health and my family.
I left after a little more than a year, just after earning a substantial pay raise and a contract extension. This bad experience made me realize that life’s too short, and it just wasn’t worth it to remain in such a toxic place. I did learn to do a lot more research before agreeing to do anything. I also learned that you can’t fix everything and that you have to have the wisdom to know when to walk away.

I would say, develop an app titled What is the most important thing in my life? Users can populate it with their answers, and then they can pull it up and reflect on it before they make any decisions in their life to ensure that what they decide to do is consistent with what they say is most important in their life.

I donated money to a local charity. It reminded me that it’s not about me and that we all have to remember that the same God that made me, made the less fortunate people, too. We all have a responsibility to our fellow man or woman.

With all the travelling I do, what’s most useful is my cell phone. I’m like most people; I couldn’t do without it. I use it when I drive, and I use it when I travel. It’s become essential, not just for me but for most people. I know it’s redundant to say, but we get a lot of business from people wanting to know what’s on their cell phone or somebody else’s.

I think about this a lot, and my answer is the Bible. Whether you’re a believer or not, there are some universal truths in the Bible. There are examples of the human experience that have been repeated over and over, that we continue to repeat.

“This is your life. It’s not a dress rehearsal. You only get one shot, make the most of it.”
I know that this quote has been attributed to many people in several different venues. I first heard it from my dad, and that’s how he said it.

● You can’t fix everything. Have the knowledge and wisdom to know when to walk away.
● When you’re young, you’re in such a hurry to get to the next big thing that you fail to realize where you are, how far you’ve come, and how good life is. Make yourself take the time to appreciate it all.
● You have to master the little things first. Make that your habit, and you will succeed because you don’t start at zero and become a superstar. You’ve got to work at it.
● Service to others is more important and more fulfilling than serving the almighty dollar. We all have a responsibility to our fellow man or woman.
● Remember, the small things matter.