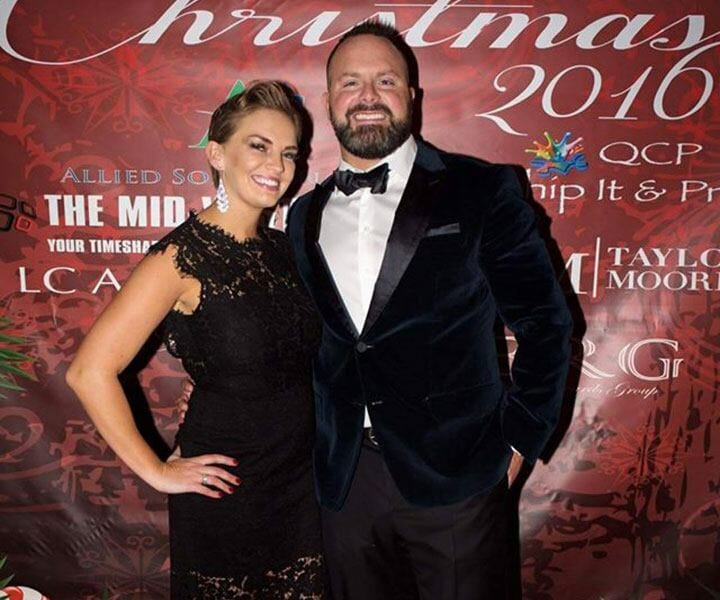 The strategy in which I attribute my business’ growth and success to is developing a name of fulfilling my promises.

Josh Ungaro, the founder of Allied Solution Group, was born in Delta, Colorado in the snow-capped mountains near Crested Butte. He is the youngest of three siblings. While in school he enjoyed football, basketball, baseball, and well, anything that included a ball. He graduated from Paonia High School in 1999 and continued his education in Greely, Colorado at University of Northern Colorado.

In 2000, Josh Ungaro moved from Colorado to Springfield, Missouri to be closer to his family. Ungaro worked for MCI selling home phone systems via telemarketing until 2002, when he was offered a sales position with Van Tile in the auto industry. Ungaro continued to work in the automotive industry, progressing rapidly from a salesman to a Finance Director.

In 2007, Josh Ungaro was offered a position at Wyndham Hotels and Resorts. At Wyndham, Ungaro saw an unmet opportunity to help time share owners and decided to start his own company.

In May of 2011, Josh Ungaro helped create The Mid-West Transfer, offering time share owners an exit strategy via a title or deed transfer. Josh Ungaro had developed a reputation for honesty and integrity in the time share resale business and he began to approach resorts as their exclusive trade-in company.

The idea of expanding this idea nationwide began and Josh Ungaro helped to create Allied Solution Group. The Mid-West Transfer and Allied Solution Group have assisted in over 20,000 transfers of ownership, helping clients enjoy time with their family and create memories that will last a lifetime.

Where did the idea for Allied Solution Group come from?

The idea for the establishment of our company began with solving a problem that we identified in the time-share industry.

My day starts at 7:00. I drop the kids off at school and by then have usually taken about a dozen calls. I arrive to the office at 9:00, and I typically keep taking calls from there until 17:00. 95% of my work day involves speaking on the phone with prospective clients, suppliers and others in the time-share industry. I make sure that my days are productive by keeping a busy calendar.

I bring ideas to life by rigorously observing and studying how others/competitors executed the idea. Then I build a business plan as to how do I plan on executing the idea integrated with my own personal touch.

One habit that contributes to my productiveness as an entrepreneur is my ability to make decisions quickly.

One habit that contributes to my productiveness as an entrepreneur is my ability to make decisions quickly.

The worst job that I ever had was after high school at the coal mine in Paonia. The coal mining company offered an internship to high school graduates, who were registered for college in the fall. The job description included drilling holes as well as checking for methane. It was terrible as the work was painful, exhausting. This experience encouraged me to go to college and taught me that I would never again want to do/be involved in manual labour.

If I were to start again, I would have taken college more seriously.

I encourage everyone on my team to stand up and pursue what they believe in.

What is one strategy that has helped you grow Allied Solution Group? Please explain?

The strategy in which I attribute my business’ growth and success to is developing a name of fulfilling my promises. This has resulted in people wanting to work with me, thereby expanding my network and establishing strong connections.

I went through a series of unfortunate partner dissolutions, which were extremely costly as well as time consuming. From this experience, I learned to establish partnerships with fewer people as well as work only with reputable persons in the industry.

The best $100 I spent was on a refurbished computer to start The Mid-West Transfer.

I use Apple computers and Android Phones. The brands are not important to me and so there isn’t something specific as to why I “love them” but I can’t live without them.

I would recommend “The 7 Habits of Highly Effective People” by Stephen R. Covey. It has taught me how to manage my time more effectively as well as refined my sales skills.

The person that has influenced my thinking most is Warren Buffet, he is one of the most successful business figures of our time.