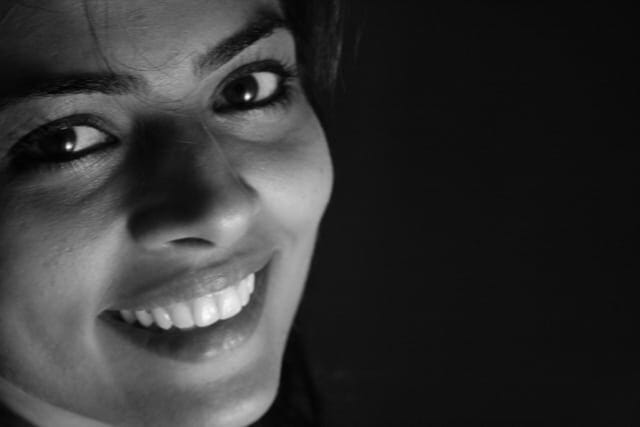 With over 10 years of experience in non-fiction television and interactive programming, Jotica Sehgal has worked for some of the best production houses in the country and been instrumental in making some of the biggest shows successful. Her editorial and production abilities cut across a variety of genres in the television medium. After completing her media course from Sophia, Mumbai, she joined Miditech to kick-off her television career. After honing her skills as a producer and director, Jotica was invited by CNN-IBN to lead its feature division. Working as the associate editor of the feature division, she spent 5 years managing the programming wheel as she conceptualized, produced and anchored a variety of feature and lifestyle shows. She now works as a freelance travel anchor and runs her own ideation company called Cash Cow Films in Delhi. Through Cash Cow Films, she hopes to create cutting-edge content for television. Airports are her natural habitat and in her free time she loves to travel the world with her constant companion–her newly acquired SLR . She has a craving for travel, a lust for photography and an appreciation for beauty in every form: the silhouette of a perfect dress, the grandeur of an architectural marvel, the colors of twilight and sunset; these are the inspirations behind her stories.

Idea incubating. We track migratory patterns and flights to the stratosphere of ‘original.’ How do we recognize them amongst the swarming flocks of millions of idea clones fluttering about in the creative sky? Simple: it sings the tune of firsts to us. We, the idea locaters, then just net it in our minds and then begin the process of hatching.

We let the egg hatch into a little winged fancy and let it take the flight of imagination into the creative realm. A series of firsts is what we find alluring.

Where did the idea for Cash Cow Films come from?

The idea had been brewing for several months before a friend and I decided to stop having endless discussions about the lack of ideas in the market and start a creative hub where we anticipate trends and identify the next big thing in interactive programming. Cash Cow Films was to be an ideation company that would create and gather a pool of cutting-edge ideas only. But as we evolved, we began to feel that a good idea isn’t worth much unless it is executed well. Slowly we have built a team to handle that aspect too.

It always starts with a frantic call from a colleague at the ungodly hour of, say, 7:00 AM (I believe in soaking up every hour of sleep I possibly can and fiercely guard those precious moments of early morn slumber). It is generally to give me some good news:  a last minute presentation, a shoot that got cancelled or an edit machine that crashed–making me snap out of my paradoxical sleep (hoping I would recoup my REM losses the next morning). This is followed by a mad dash to the scene of the crisis and a salvage job. Later I head to the office where the next calamity strikes.

The best ideas come when I least expect them. It’s when I completely shut off that my mind begins to absorb things from the outside and churn out ideas that are completely new. For me, taking time off to do the things I love like travel, photography and painting keep the creative juices flowing.

The dawn of the high-speed Internet era in India and the opportunities that it opens up for M&E. With 4G rollout just around the corner and smartphone prices pushing the sub-$100 barrier, soon the average Indian will consume large amounts of rich media via his/her digital device. M&E companies need to be prepared for this change. Content will be king!

I’ve never really had a “bad” job because I have always chosen what I wanted to do. Having said that, I love my independence and love indulging my creative side. I can recall at least one of my past jobs being quite monotonous; I did not enjoy creative independence and I felt stifled.  Needless to say, I didn’t last there too long!

I would manage my time better. I could have gotten so much more done if only I hadn’t frittered away precious time.

Stop and think where you are. Most of us fail to appreciate the place we are at today. We are in such a hurry to get to the end that we miss the journey that will eventually lead us there. Enjoy the journey.

Any idea that involves monetizing content through high-speed Internet on smartphones. For example, you can build a business around a video library of continental dishes cooked by a celebrity chef and available through a paid app on smartphones. Users could stream a video over HSI and cook along.

I’m a Murakami devotee. Even though my obsession with the author began after a friend gifted me Kafka on the Shore (that I read in one non-stop feeding frenzy), I would recommend the first time reader pick up The Wind-Up Bird Chronicle, about a man searching for truths, both personal and universal…and aren’t we all?

Imogen Heap’s Minds without Fear. She teamed up with Indian composer Vishal for this track inspired by a Tagore poem called Where The Mind is Without Fear, incorporating the traditional sounds of Rajasthan.  The other favorites are Yeh Mera Diwanapan Hai, an interpretation of an old Hindi song by Susheela Raman, Blower’s Daughter by Damien Rice, Someone Like You by Adele and Time by Pink Floyd.

If you weren’t working on programming ideas what would you be doing?

I could be a weed farmer, a card dealer, a canine stylist, a fantasy broker, a candy taster…definitely not something mundane.

I am not much of a Twitter person but I have occasionally followed:

Five minutes ago reading a joke on Kapil Sibal.

Who are your heroes?

Van Gogh because he changed my world view with images, Bob Marley because his music has always been a source of inspiration and Warren Buffett for the lesson ‘hard work eventually pays off.’

What is the one professional ability that gives you an edge over your peers?

I think my ability to conceptualize thematic ideas and to give them a visual rendition is the ability I count upon most. I also think I have good creative judgment and can discern easily between a good visual/story concept and a bad one.

What are you most passionate about? What would you like to do more of if you had the time?

I am most passionate about travel and music. If I had time, I would travel to 5 new countries every year. I would also learn singing and start composing on the piano or the guitar. Wishful thinking alas!