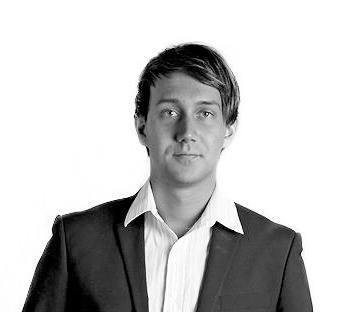 Recognizing your weaknesses is an invaluable skill for an entrepreneur because it enables you to focus on growing in the correct areas.”

Jukka is a serial entrepreneur and a crypto enthusiast. Jukka has worked on various startups in their early stages as a member of the board or in other executive positions. Jukka holds an LL.M from the Queen Mary University of London.

Where did the idea for Soma come from?

The idea was born at a time when I was using several traditional Customer-to-Customer (C2C) online trading platforms. Back then I was in law school and I sold items that I had brought back from my trips abroad as a way to make a bit of extra money. Over time, I really began to realize that these platforms were not serving the end-user as well as they should, so I started researching the subject in greater detail.

Based on my research, I became convinced that the C2C online trading industry was in a period of disruption. Soon after, I met with Joseph who had also been using various trading platforms and he echoed all of my concerns about the current state of C2C online trading. We both thought that the industry needed a change, so, together, we began thinking about what that change would look like.

After considering the challenges facing the industry, we finally came up with the idea behind Soma. Fast-forward a few months, we have had a few rounds of successful funding campaigns and our project development is going better than ever.

My typical day mainly consists of constant communication with all of our team members to maintain a good workflow. As we are still a startup, I think a [large] part of my role is to facilitate teamwork by keeping everyone in the loop so everyone is aware of the next steps. This constant communication is what allows the team to be aligned with and work towards our joint vision for Soma.
I have to say that we are lucky though, because everyone at Soma is passionate about the project and we each put in the amount of hours necessary for the project to succeed. Even if that means working long hours, no feels the need to keep track because more than anything, they want to see the project change the future of C2C online trading.

I think the most fundamental aspect is the ability to start. That’s the hardest part. There are so many people who have great ideas they they never bring to life. Often, I think this stems from a fear of failure. People feel insecure about leaving their day jobs to pursue a career as an entrepreneur, but I believe that we are here on earth to fulfill our dreams and that everyone is free to decide what they want out of life.

That being said, I don’t think everyone should rush to leave their day jobs for just any idea. It has to be an idea in which you are really confident and one in which you truly believe before you make your move.

This won’t come as a big surprise, but I’d have to pick blockchain and the startups that are using this technology. I think we are on the verge of seeing a surge of incredible companies that will only be made be possible by blockchain technology.

I see history repeating itself here – a few decades ago, we had the dotcom era which opened the door for a host of companies to solve problems by using the internet. This was a new phenomenon that led to the creation of large multinational companies whose services are now used internationally.
Blockchain will not only disrupt industries for the sake of disruption, but it also will add substantial value to the end customer.

For example, in the case of Soma, blockchain is allowing us to create a fairer, more transparent and more efficient online trading platform that will greatly benefit end users.

This technology can also offer significant opportunities for those that may be less well served by the internet as we know it and reduce fraud and other forms of consumer exploitation. Blockchain has so much to offer and I think we are only beginning to tap into and understand its power across industries. I’m excited to see where this technology will take us!

In a nutshell, I think it comes down to self-development and my enthusiasm for learning new things. I always try to find time to deepen my knowledge of subjects in which I am interested, but more importantly, I focus on my weaknesses. I think recognizing your weaknesses is an invaluable skill for an entrepreneur because it enables you to focus on growing in the correct areas.

When I was younger, I often got involved in too many projects simultaneously. So, I would advise my younger myself to avoid biting off more than I can chew and to develop strong time-management skills. Though time management is crucial, the ability to delegate is also important for an entrepreneur. Don’t try to do everything yourself; empower others so that together you can strive for a common goal.

Social skills are much more important than your education. Though I have a university education, I think that success is more highly dependent on the ability to interact with others than on academic competence. And, if anything, I think this is becoming increasingly true in the face of the changes in our work force. Rather than following a career path in big corporations, young creatives would much rather choose to work independently, and a formal education is not nearly as important as having strong interpersonal skills in these fields.

I make sure to listen to what people have to say. I think one of the most important parts of self-development is self-critique. So, understanding others’ opinions and ideas is invaluable for developing a critical analysis of any subject. This is also a great skill for working in a team environment because it allows the team mindset to develop. And as a leader it is useful because you can ensure that all voices are heard rather than simply hearing those that ‘shout the loudest’.

Surrounding myself with the right people definitely helped a lot. Though many well-known success stories are attributed to a single person, no one becomes successful without a great team. I think a strong team is the most valuable component of a successful startup. And, by recognizing the strengths and weaknesses in people, including myself, I was able build an incredible team for the project.

One of my failures came out of having the wrong people around me, which is probably why I value the importance of a great team so much. I learned this lesson the hard way about 10 years ago when I established my first venture. To make a long story short, I ended up having to go to court. Luckily, I won the case, but these kinds of incidents take you away from your business. After this experience, I have always spent a lot of time and effort building the right team for the project. I’ve found that the most important part of developing the right team is making sure that your core values are the same, and that the people around you share your sense of purpose. That being said, some differences on the individual level can be an asset.

Currently, the demand for blockchain experts is rapidly increasing. It is an interesting field because not only can blockchain professionals make a good living by consulting, but they can also become an integral part of projects that will shape the future. My advice would be for people to learn everything they can about blockchain and then to use that knowledge to make a living while perhaps changing the world at the same time.

I recently bought the book Blockchain Applications and it has been very interesting and educational.

I would have to say Slack. Though Slack might not be the best software for managing communities, it is very helpful in terms of promoting smooth communication between team members. We use Slack for internal communication, for sharing files, and for organizing internal meetings.

I would suggest that they read The Internet of Money by Andreas Antonopolous. I am suggesting this book because it was the one that really made me realize just how disruptive blockchain technology could be in the future.

”The beginning is the most important part of the work”