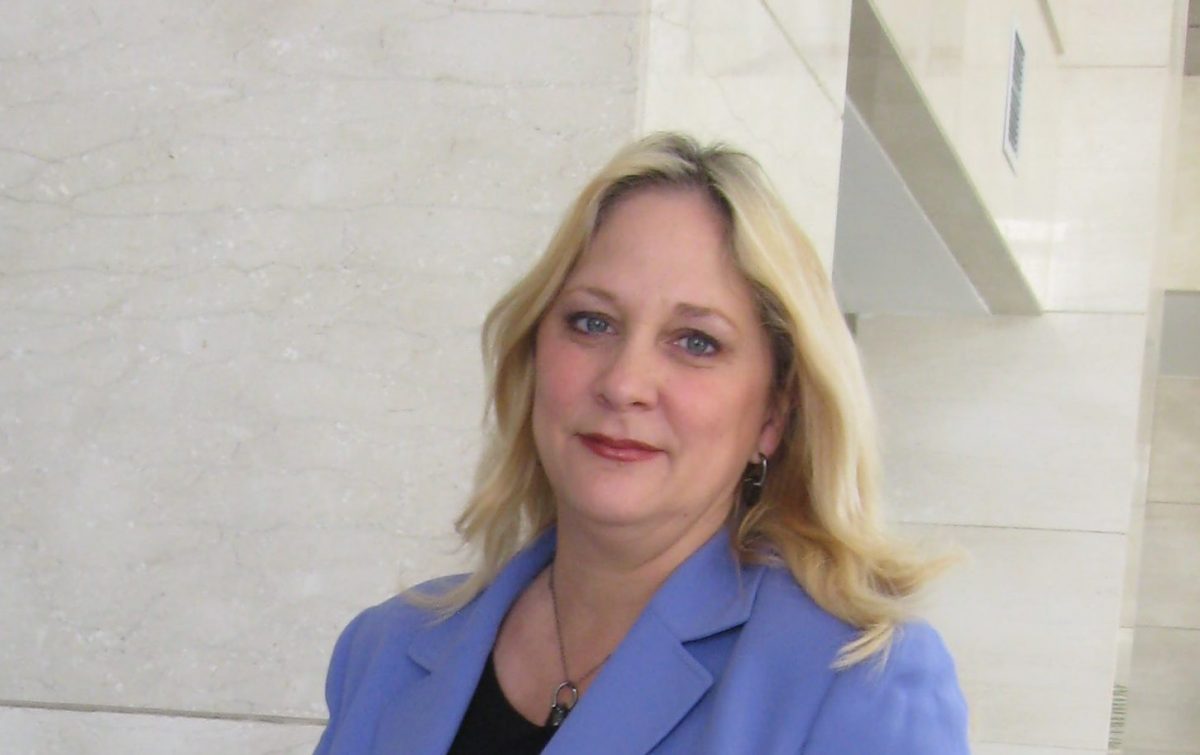 Professor Kim Renee Dunbar was born in Mount Pleasant, Pennsylvania to Frank and Bernice Dunbar and grew with her three sisters Bonnie, Laura and Colleen. She attended Sewickley High School before receiving a B.S. degree in Chemistry with a minor in Mathematics. She went on to receive a Ph.D. in Inorganic Chemistry at Purdue University under the direction of Richard A. Walton. She went on to do a postdoctoral stint at Texas A&M University with the late, renowned chemist F.A. Cotton before accepting a position as an Assistant Professor at Michigan State University in East Lansing, MI where she quickly rose through the ranks to Distinguished Professor. She is a currently a University Distinguished Professor and the Davidson Professor of Science in the Chemistry Department at Texas A&M University.

Dr. Kim Renee Dunbar has been recognized with numerous awards for teaching and research over the years. At Michigan State University (MSU) she won the leading Teaching Award (1990) for freshman chemistry and received a Camille and Henry Dreyfus Teacher-Scholar Award (1991-1995), an Alfred P. Sloan Fellowship (1992-1995), a Sigma Xi Research Award (1998), a Distinguished Faculty Award from MSU (1998). She was the recipient of a Distinguished Alumni Award from Westminster College (2000), and a Purdue University Distinguished Alumna Award (2004). She received two National Science Foundation Creativity Extension Awards (1995; 2002) and is a Fellow of American Association for the Advancement of Science, (2004), the American Chemical Society (2011) and the Royal Society of Chemistry (2017). While on faculty development leave in 2011, she was named a Wilsmore Fellow and Visiting Professor, University of Melbourne, Australia and a Visiting Professor at the Institut Le Bel, Iniversité de Strasbourg, France.

In 2012 she received an Honorary Degree from her alma mater Westminster College and delivered the commencement address in the May 2012 graduation ceremonies.

Professor Dunbar has been featured along with other prominent women scientists including Marie Curie in an Editorial in Angewandte Chemie on Women in Chemistry (2011). At Texas A&M University she is the first woman in the College of Science to be named a Chaired Professor. Dunbar’s research in synthetic and structural inorganic chemistry is focused on the use of coordination chemistry to establish structure/bonding/properties relationships in molecular materials and in metal-based drugs. She is the author of over 360 publications (18 reviews or book chapters) with an h-index of 67. She served as an Associate Editor for the leading journal in her field, Inorganic Chemistry for 12 years

I had dreamed of being a Professor since I was very young. Education means so much to my family of recent immigrants and I was encouraged to think big and to make my dreams come true through hard work and persistence.

I start my morning with some quiet thoughts and coffee on my patio. My dogs join me and I watch them investigate nature and soak up the sunshine. Then I check my emails and get as many answered as possible before getting ready for work. I have a great home office that sees a lot of action and also a large office and anteroom at the University where I can meet with students around a conference table and troubleshoot their data and come up with new ideas to move forward. I take a few breaks during the day and write a lot of papers and proposals practically everyday in between meetings and teaching. I love what I do!

I am constantly thinking of new directions for my research and finding ways to implement them with the help of a talented team of undergraduate students, Ph.D. students, postdoctoral fellows and Visiting Scholars from all over the world.

I am particularly intrigued and excited but the direction that “soft materials” has taken in the last few decades. These unconventional materials can me molecules or arrays of molecules with nanoscale properties and the potential to revolutionize many fields especially devices for data storage and data manipulation which are areas that fall at the intersection of physics and chemistry commonly known as spintronics and computing. These are many other types of soft materials that are being explored in biological settings as well as polymer chemistry. It is indeed an exciting time! Such fundamental research leads to major discoveries that industry can use to invent new technologies.

Well in academics, we don’t think of ourselves as entrepreneurs so much, but in many ways we are. I try not to think narrowly and I read broadly across many disciplines which helps me to see connections that are difficult to see if I stayed only in my “comfort zone”. I think a steep learning curve for exploring new science is healthy for me as it humbles me and keeps me on my toes ans I venture into new territories.

I would tell my younger self to have more confidence in my ideas because I later realized that I had talents that were always there but I wasn’t as sure of myself until I had built up my body of work and received wide recognition for it. I would never tell myself that I should have been arrogant and boastful, merely that I should have been more aware of how much I was accomplishing. I would have been less stressed in my younger years during that period when I was climbing the ladder of success.

I don’t know how many people disagree with me on this but I absolutely adhere to the notion that failure and hardship is a valuable component to success. If everything works well all the time, then it means we are not pushing ourselves and thinking outside the box. We learn more from failures than from success.

I constantly play the devil’s advocate for my own conclusions and try to poke holes in my reasoning so that I can be sure that I am not just trying to see the best and not the flaws in my data. If I don’t do that, then later on someone will. I refuse to publish anything that has not been vetted by me from all sides.

I am a kind and respectful mentor for my team but I expect then to adhere to very high standards. I don’t believe that instilling fear into my team is helpful on any level. I wish only to instill passion, hard work and respect for everyone’s ideas and differences.

I don’t have any massive failures to speak of but I did try some ideas early in my career that were dead ends and I should have cut my losses earlier.

Explore the relationships between structure and function in your chemical research. Use all of the tools available experimental and computationally to gain a deeper understanding of how a compound can be tuned for better performance.

Professional: I bought a document camera for my computer – it was actually a little more that $100 but now I can share this screen from the document reader to write and solve problems in real time with my students and colleagues remotely.

I use Zoom to do meetings and it is very productive when I cannot be face-to-face with my team and my collaborators. I also use shared drives and file encryption software which has made my work much more productive and facil

I think that the best book is one that has been in print for some time. It is by the late Stephen W. Hawking. It is a well-known book entitled “A Brief History of Time: From the Big Bang to Black Holes”

My favorite quote is by Loius Pasteur. “In the fields of observation chance favors only the prepared mind”