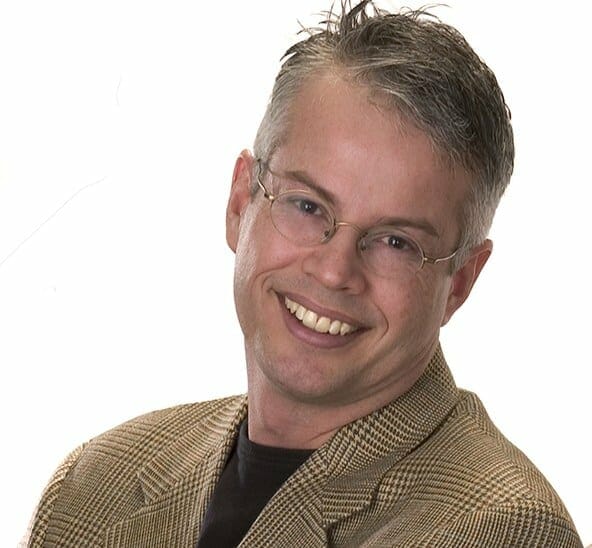 Mark Hughes is the Co-founder and CEO of C3 Metrics, a company that has created a complete attribution platform based in Portsmouth New Hampshire. He holds his MBA from Columbia Business School in Marketing and International Business.

Prior to his time at C3 Metrics, Mark Hughes grew eBay’s Half.com from zero to 8 million customers as its VP of Marketing in less than three years. Half.com was sold to eBay for over $300 million six months after launch. Hughes brings a wealth of creative and quantitative experience in consumer marketing from PepsiCo’s Pizza Hut Division; Pep Boys, the automotive aftermarket retailer; and American Mobile Satellite.

Hughes is the son of a Pulitzer Prize winning journalist, and Hughes’ own book, Buzzmarketing, is published in 15 languages. In its first year of release it was heralded by Fast Company as one of ‘The Ten Best Business Reads of the Year’ and named by The Financial Times of London as one of the ‘Best Business Books of the Year’ along with Freakonomics.

Where did the idea for C3 Metrics come from?

It came when a client of ours in the media space cut advertising spending in order to make earnings for Wall Street. 3 weeks later after we had cut the advertising spend, revenue started declining dramatically. This essentially was the illustration of the lack click problem. When you cut the supply of water upstream eventually there are going to be consequences downstream. The actual idea came when the same client called me back while I was on my way to Block Island for vacation. After that call the only thing I could do all vacation was regression analysis. That basically is where C3 Metrics started.

I always wake up and being my day with 7am yoga, its a great way to jumpstart the day. In the office, my day is usually interspersed with a number of things that pop up however each day includes calls with clients or perspective clients, research into new products we are developing, discussion about new products, and calls with our controllers.

I usually socialize the idea with a few people, provide a deadline, and get an estimate of when this deadline can be met.

One trend that excites me is the new forms of media that are always being created such as Pebble Post, and Household Address on the TV. This is in the context of massive amounts of data and needing to comprehend that data. Essentially the complexity of data is always increasing and there is always an increasing need to understand that data.

One habit that makes me more productive as an entrepreneur is fast decision making.

The advice that I would give my younger self would be to listen to your instincts and to act quicker on them. I would also tell myself to do more yoga.

The way that 95% of advertisers measure their advertising is completely wrong. They may as well just throw it out the window.

Persistence. Every company has its laundry that it needs to do, you need to realize that when you are blazing entirely new paths there is a lot more work that needs to be done.

Pre-C3 Metrics, back in 2002 I started an adverting business on the back of fortune cookies, which sounds like a great idea on paper (pun intended, kinda). In reality I figured out that everyone needs measurement and it was just too difficult to measure. It completely failed.

A dating site for dogs that creates play dates for dogs.

I recently bought a Momo Shifter Knob for my 1991 Land Rover Defender because the original shifter knob was loose and always came off. 26 years of technology in shifter knobs has come a long way and i believe the thing you touch the most which critical to driving the car needs to be very high quality.

LinkedIn is a great tool because I can find pretty much anyone in the business world.

I would recommend Be Here Now by Ram Das. Ram Das is a former Harvard professor, turned yogi, a writer, and spiritual leader. I believe its a great read because it suggests a completely different way of thinking.

“What’s obvious is not always apparent”