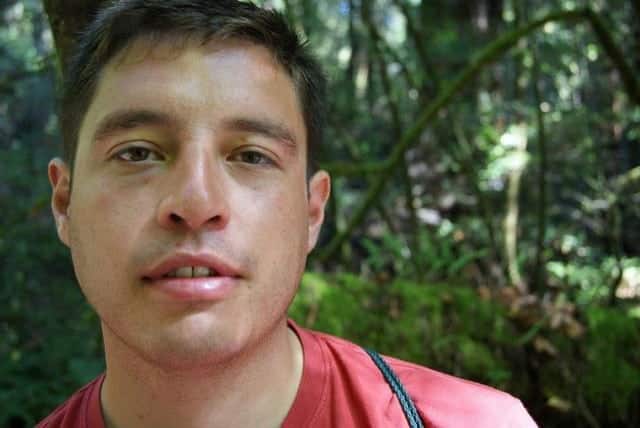 [quote style=”boxed”]Make a list in the morning with at least two action items that must be done. Then prioritize that list, then rock it out.[/quote]

Max Valverde graduated from Brown University in 2006 with a Bachelor of Science in Mechanical Engineering. Valverde had been trying to solve the issue of bedhead for several years. He works as a Sales Engineer during the day and normally mountain bikes in the evenings. He would then shower at night, as millions of others do, and would have to wet his hair in the sink each morning to be able to style it before going to work. This made a mess of the bathroom and left water everywhere. So he set out to give the world Morninghead.

Valverde developed the Morninghead cap and put it on Kickstarter, a crowd-funding website, in early 2012, setting a goal of $1,000 within 30 days. The project not only raised the needed $1,000, but secured more than $6,300, all from total strangers. Since then, sales continue to increase and Morninghead is now shipped to more than 25 countries.

Telling the world about the wonder of Morninghead. I know the name is a little tongue-in-cheek, but that’s the plan. We have an amazing product that just plain works. The people who use it absolutely love it. We just need to tell more people about it. We’re working on getting the word out, and hopefully we can get it in front of Kimmel, Conan, Fallon or Stern. We feel like they would eat this product up.

Where did the idea for Morninghead come from?

I always shower at night, and each morning I have to fix my hair. Personally, I am a “one shower per day” kind of guy. Unless you’ve had a sweaty night terror, one shower should suffice. So each morning I had to wet my hair to be able to style it. Millions of people worldwide go through this same internal dilemma each day. We’ve all tried wetting our hair in the sink, sticking our heads under the shower faucet—whatever the method, they’re all horrible. Water gets everywhere, and you never really get the back of your head. In the morning, you need all the help you can get.

So I set out to develop the Morninghead cap to solve this issue once and for all. The cap is basically a durable shower cap with a super-absorbent cloth on the inside (think ShamWow). You add a little water to it and put it on your head, and your hair is as wet as if you just got out of the shower. It sounds too good to be true, but it’s really that simple. We’ve sold thousands to date.

I still have a full-time job as a Sales Engineer, so after I finish work, I head home and begin working on Morninghead. I do it all: the website, inventory supply, sales and marketing, order fulfillment—you name it. I heard once that if you aren’t willing to put in 80 hours a week, then you’re not ready to be an entrepreneur. So I work 40 hours a week in my day job and put in about 40 hours a week for Morninghead. I used to say I didn’t have time outside of my 40-hour-a-week job—then we cancelled cable, and it was amazing how time just appeared out of thin air.

I envisage where I want it to be, identify the road blocks keeping me from that point in time, and I begin chipping away at those impediments.

Jobs are jobs. I learned from reading A New Earth that you need to be in one of three states of mind: Acceptance, Enjoyment or Enthusiasm. The bad jobs would have been the ones that required a little more “Acceptance,” I guess.

Start going to entrepreneurial meetups sooner. The sooner and more you talk about an idea, the better off you are.

Make a list in the morning with at least two action items that must be done. Then prioritize that list, then rock it out. If you take the 30 minutes each morning to make that list, you’ll be way more productive throughout the day.

A cell phone sticker company called Naked Shell. I didn’t overcome it, but rather stopped giving it the love it needed. I guess that’s part of the difficulty in starting anything—staying fired up, keeping that fire lit.

Eliminate special interests in Washington. I would make a soapbox groundswell YouTube speech and get it to go Kony 2012.

1.  reddit, because I love reddit. The subreddits are truly amazing little communities.
2.  www.fourhourworkweek.com/blog/ – Tim Ferris’ blog from The 4-hour Workweek. He’s a huge asshole, but a genius asshole.
3.  reddit. Again. Especially if you want to get fired up.

The 4-Hour Workweek. Think of it like this: If you read it, you’ll be told about all the secrets of the productivity. It’s kind of like The Matrix. The blue pill (not reading it) is blissful ignorance. But the red pill (reading it), will show you how deep the rabbit hole goes. But you cannot un-read it. Once you know it, you know it and you won’t be able to sit still. You’ll have to make your ideas a reality.

I’m just getting into Twitter, but I’d say us (@themorninghead), @Bostinnovation because they have great startup/idea news, and @getonthebar because it’s an awesome new Web app.

Anyone inspiring. Rudy, William Wallace, people with no arms that still find a way to paint murals. All awesome people.