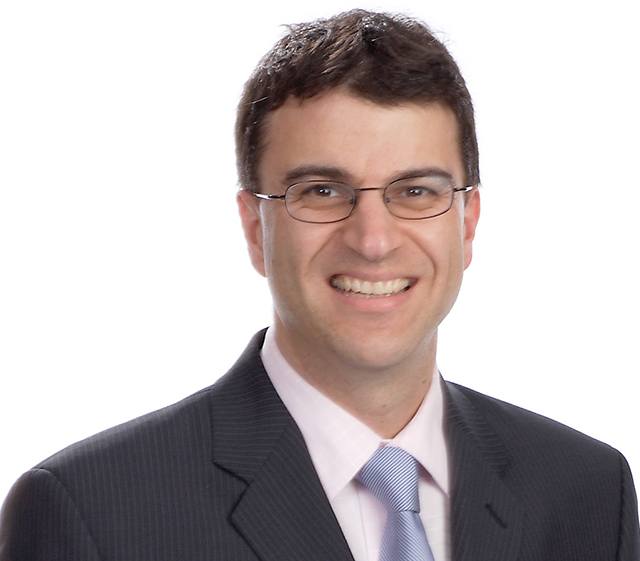 [quote style=”boxed”]I read a ton, and I don’t just read business books. I try to read broadly, and to bring ideas from various fields to my study of leadership.[/quote]

Michael Roberto is the Trustee Professor of Management and Director of the Center for Program Innovation at Bryant University in Smithfield, RI. He joined the tenured faculty at Bryant after serving for six years on the faculty at Harvard Business School. He also has been a Visiting Associate Professor at New York University’s Stern School of Business.

Professor Roberto has written two books, Know What You Don’t Know, published in 2009 by Wharton, and Why Great Leaders Don’t Take Yes For An Answer, published in 2005. Why Great Leaders was named one of the top 10 business books of that year by The Globe and Mail, as well one of the best 30 business books of the year by Soundview Executive Book Summaries. Professor Roberto also has created two best-selling courses for The Teaching Company (The Art of Critical Decision Making, 2009 and Transformational Leadership, 2011).

Professor Roberto’s research focuses on strategic decision-making processes, senior management teams, and the dynamics of organizational failures. He has published articles based upon his research in the Harvard Business Review, California Management Review, MIT Sloan Management Review, and The Leadership Quarterly.

Professor Roberto’s research and teaching have earned several major awards. The Everest Leadership and Team Simulation recently won top prize in the eLearning category at the 16th Annual MITX Interactive Awards, the largest awards competition in the country recognizing achievements in the creation of web and mobile innovations and emerging applications produced and developed in New England. His multimedia case study about the 2003 space shuttle accident, titled Columbia’s Final Mission, earned the software industry’s prestigious Codie Award in 2006. His 2004 article, “Strategic decision-making processes: Beyond the efficiency-consensus tradeoff,” was selected by Emerald Management Reviews as one of the top 50 management articles of 2004, from among 20,000 articles reviewed by that organization in that year.

On the teaching front, Professor Roberto is a five-time winner of the Outstanding MBA Teaching Award at Bryant University. He also has won Harvard’s Allyn Young Prize for Teaching in Economics on two occasions. Bryant named him the Faculty Mentor of the Year in 2009, and the university’s alumni recognized him with their Distinguished Faculty Award in 2011.

Professor Roberto has taught in the leadership development programs and consulted at a number of firms including Target, Apple, Federal Express, Disney, Morgan Stanley, Coca-Cola, Gannett, Mars, Wal-Mart, Novartis, and Siemens. He also has presented at government organizations including the FBI, NASA, EPA, and TSA. Over the past eight years, Professor Roberto has served on the faculty at the Nomura School of Advanced Management in Tokyo, where he teaches in an executive program each summer.

Where did the idea for “Why Great Leaders” come from?

The book grew out of my dissertation work on top management decision making. I was inspired to examine managerial decision making because of my work in the private sector. My experiences there led me to study the topic as a graduate student and then as a professor. (I worked at Staples and General Dynamics).

The best part of being a professor is that every day is different. On some days, my primary responsibilities are teaching and spending time working one-on-one or in small groups with students. I love the students at Bryant University. They are bright, hard-working, and driven. On other days, I might be focused on research and writing. Finally, I spend some time traveling to corporations and teaching in leadership development programs… working with their executives to help them develop as leaders.

Case studies, simulations, experiential exercises… I use all these methods of active learning to bring my ideas to life when working with students as well as with executives.

I have enjoyed the social media revolution. I use Twitter and LinkedIn to drive traffic to my blog, where I am able to share my ideas broadly with a wider audience.

What is one habit of yours that makes you more productive as a management educator?

I try to learn new things all the time. I think the willingness to adapt and to experiment are essential to staying current and to being an effective educator.

I used to clean bathrooms at the factory at which my father worked. I did that for a number of years while I was in high school. Not much fun at all! However, I learned the value of hard work, and I learned that I definitely did not want to do that the rest of my life. I also learned to respect those who do those jobs. I feel as though I understand them because I did that job.

As an consultant and management educator, what is the one thing you do over and over and recommend everyone else do?

I read a ton, and I don’t just read business books. I try to read broadly, and to bring ideas from various fields to my study of leadership.

What is one strategy that has helped you grow businesses? Please explain how.

Not really applicable… as I’ve never been in charge of a business, other than my own consulting practice. I’ve grown that simply by delivering on my promises, being fair, and being very clear about what value I can bring.

Someone should come up with a better/easier way for customers to return items to retailers (either brick and mortar or online)… a streamlined process would be fantastic. It’s always painful, and great entrepreneurs alleviate such pain points.

I have the best wife in the world. She’s an amazing person. I’m lucky to have her.

I loved the book, Made to Stick, by Chip and Dan Heath. It’s a classic on how to persuade others.