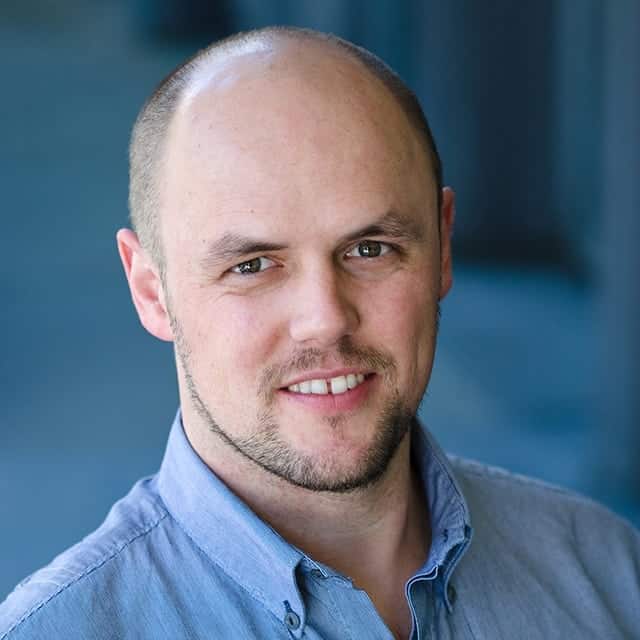 [quote style=”boxed”]With a whiteboard, several monitors, and a whole bunch of amazingly talented people who point out why the ideas are wrong and iterate on better ones.[/quote]

Dr. Mik Kersten is the CEO of Tasktop Technologies, creator of the Eclipse Mylyn open source project and inventor of the task-focused interface. At Tasktop, Mik sets the strategic direction of the company as well as drives many of Tasktop’s key partnerships and key customers accounts. He also is very active in maintaining the company culture and values. As a research scientist at Xerox PARC, Mik implemented the first aspect-oriented programming tools for AspectJ. He created Mylyn and the task-focused interface during his PhD in Computer Science at the University of British Columbia. Mik has been an Eclipse committer since 2002, is a 3-time elected member of the Eclipse Board of Directors and serves on the Eclipse Architecture Council. Mik’s thought leadership on task-focused collaboration and improving the software economy makes him a popular speaker at software conferences, and he was voted a JavaOne Rock Star speaker in 2008 and 2009. Mik has also been recognized as one of the top ten IBM developerWorks Java technology writers of the decade. He enjoys building tools that offload our brains and make it easier to get creative work done. Follow @mik_kersten on Twitter.

Currently, I’m working through the management structure, processes and company culture that will support our growing from 50 to 100 people. I used to spend my time coding and assembling software components, which was very fun and rewarding work due to the big impact that can come from small changes and focused effort. Now my focus has shifted to people, with individual drives and aspirations, which makes things trickier and even more rewarding when they come together. I am regularly blow away by what a focused team can create when people’s intrinsic drives are aligned.

Where did the idea for Tasktop come from?

In 2002, I was fighting bad Repetitive Strain Injury (RSI) in my forearms while spending long nights programming at Xerox PARC. This career-threatening struggle kicked off a long journey that eventually helped me uncover a major flaw with the way that we work. It turns out that we click way too much. It was the mouse clicks that were giving me RSI, so I created tools that would help me track what I was wasting clicks on. It turned out to be constant finding and re-finding of the same information that I needed to stay productive while coding, and not the coding itself. I decided to do my PhD dissertation on finding a better way for developers to work, and after a lot of experimentation, came up with what’s now called Eclipse Mylyn, an open source project that reshapes interaction from a file to a task-based way, automatically connecting all the information we need to the task-at-hand, and enabling one-click multitasking. Mylyn now sees 2 million downloads per month, due to the pain that the old way of working causes to developers. We built the company around this open source platform, with the view that tasks should be the main currency of collaboration. Our tools now connect a wide range of the stakeholders in the software delivery process around a social and collaborative notion of tasks that puts the control over the workday back into the individual’s hands.

We sell two products, Tasktop Sync, which provides task-based collaboration and integration infrastructure for software delivery, and Tasktop Dev, which makes the developer’s day sane by re-focusing their work around the task-at-hand. We sell both products directly and through OEM relationships with companies including HP, CA and IBM. We have been bootstrapping and continue to grow the company on revenues from these products.

If not travelling, I get into the office at 8 a.m., crank as fast as I can on tasks and emails between meetings leading up to our 9:30 a.m. daily management team meeting, which sets the baseline for the day. After that, the stream of meetings, whiteboard sessions and work is a blur until 6 p.m., with a 30min lunch with our team in the middle. We have this nice tradition at Tasktop HQ of everyone eating lunch at the same time, and being loud enough that it’s hard for others not to. I head home after 6 p.m. for two hours with my wife and kids, then have my uninterrupted work time until 11 p.m., or into the AM if writing or doing other creative work. From Friday night through Sunday evening I make a point of stepping out of the email inbox for uninterrupted time for family, friends, exercise, as well as planning and reading.

With a whiteboard, several monitors, and a whole bunch of amazingly talented people who point out why the ideas are wrong and iterate on better ones.

Cheaper and better video conferencing. While two-thirds of Tasktop is in Vancouver, we pride ourselves on finding the best people, be they famous thought leaders or unknown developers that we discover through open source collaboration. This means making remote collaboration a core part of our culture, with everyone having a high definition webcam and conducting all meetings in a way that’s easy for remote attendees to participate. I don’t think we could be nearly as effective as we are prior to the time that 720p video conferencing became inexpensive, and there is still a lot of improvement coming on this front, which I think will facilitate startups like ours.

Surveying door-to-door one summer in high school. Interrupting people that way was terrible to the point where I had to stop, but in the process I learned to make a point to have a genuine interaction with each person I met no matter how annoying the circumstance.

I would have hired a Product Management earlier. Our engineering team size grew pretty rapidly, and my inability to put enough attention to product management meant that we were making increasingly ineffective use of our talent and bandwidth. I should have realized sooner that the next engineering hire will only allow us to do more of the same things, whereas hiring a great Product Manager would ensure that we were doing more of the right things.

Grow with your company. Doing the same thing that made you successful yesterday will make you fail tomorrow if you are growing more slowly than your company is. Surrounding yourself with great people who challenge you is a great forcing function for learning and staying a step ahead of the curve.

Over commitment. Ask me in a couple of years, at which point I will have hopefully overcome it, or the Tasktop tools will become so good at managing it that I won’t need to. In the meantime it has forced a practice of ruthless prioritization in the company, which has helped us stay lean and adapt quickly through the customer development stage.

The idea is an application for planning and tracking startup growth and business model validation. The popularity of books such as Lean Startup could be an indicator that entrepreneurs, in the broad sense, are a significant market for this. I’ve seen some small efforts to this effect, but not a proper app that provides the dashboard, measurements, and tracking that’s now becoming well understood and borderline formulaic thanks to work by Steve Blank and others. Each entrepreneurial effort needs to recreate these systems in various incarnations of Excel, Google Docs, Wikis and PowerPoint, and it would be nice if there were an app for that.

To give everyone the chance to contribute to the knowledge economy that’s reshaping our world for the better. Inequality in access to education and opportunity, is limiting our access to the entrepreneurs and knowledge work force needed to build all the great software that will make this a better and more connected planet. Some recent increases in inequality and lack of social mobility are not only morally bothersome, they are also ineffective in terms of stifling organizations’ access to the talent needed to make our entrepreneurial endeavors deliver social and economic value.

You’re wasting half of your productive time finding and re-finding information that should have been in front of your fingertips when you switched away from reading this article to the task that you were last working on. It’s pretty disturbing once you realize it, but we’re doing something about it.

• CrunchBase for learning about other organizations and potential partnerships.

• Salesforce for being convenient enough for sales people to enter info into.

• Yammer for giving our distributed company a social outlet.

The Essential Drucker. The ideas in this book have made a more lasting and meaningful impression on me than the other key books I’ve read that have helped me grow, such as Crossing the Chasm, The Lean Startup, Four Steps to the Epiphany, Startup Owners Manual, Five Dysfunctions of a Team, Good to Great, Drive, Mastering the Rockefeller Habits, and the like.

@DEVOPS_BORAT if you are on the geeky side and want to laugh.

@bhorowitz for following his blog posts and other good content

10 seconds ago, when I the last question had me recall a @DEVOPS_BORAT tweet “In lean startup is CEO need of be specialist in Photoshop and Cloud.”

Who is your hero and why?

J.S. Bach. In my teens I got obsessed with his music when I discovered the wonderful things that Baroque music did to my mind, and inspired by his quote stating, “anyone who works just as hard will go just as far.” It didn’t quite make sense to me at the time, since talent seemed so extraordinary, but continued to ring through my mind over the years like a Koan. Now with work such as Malcolm Gladwell’s Outliers or Norman Doidge’s The Brain that Changes Itself we have some explanation to the inspirational truth behind Bach’s statement.